The Erie Public Museum started collecting items for exhibit. Then in 1903, the Erie County Historical Society (ECHS) was developed and began preserving Erie’s history in a shared space at the Erie Public Library.

The ECHS moved to the Customs House at 4th and State Street. The neighboring Cashiers House provided extra storage space.

The ECHS was housed in the History Center. The center was in the former Heyl Pharmacy building at 419 State Street. 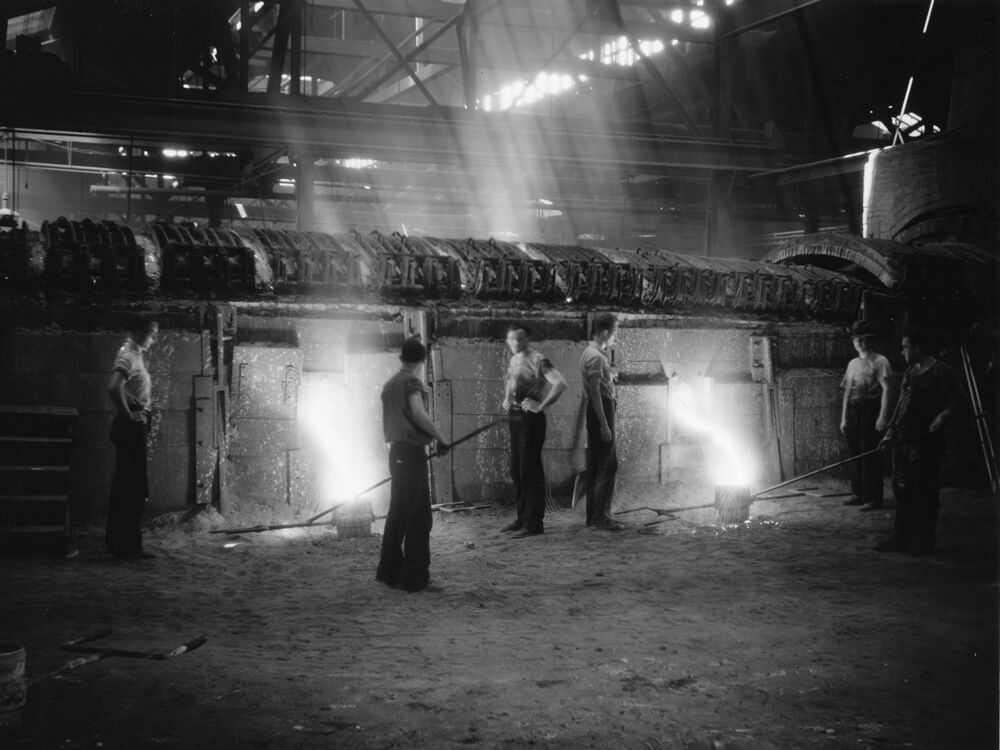 The Erie School District, which owned the Watson-Curtze mansion, converted it into the Erie Public Museum. This was done after the death of previous owner Frederick Curtze in 1941. It was the Curtze family vision that their former home be used for the “promotion for the education of all persons."

An independent entity, the Erie Public Museum, was formed and the school district created a Museum Authority in 1979.  The house then became the Erie Historical Museum and Planetarium.

The ECHS consolidated its operations and created the Hagen History Center campus on West 6th Street and Chestnut. The plan repurposed the mansion into a regional history museum on the second and third floors with 11 thematic galleries and a house museum on the first floor of the mansion. The Planetarium moved to Penn State-Behrend campus and the former carriage house was re-purposed for offices, a gift shop and a research library.

Throughout the year, public operations were curtailed while the facilities were renovated, the new exhibits were installed and the new 10,000 sq. ft. King–Mertens Archives Building was constructed.

After over two years of construction and moving from the old History Center on State St., ECHS was ready to fully reopen and expand services to visitors and researchers. Erie historian and businessman George Deutsch was hired as the new Executive Director to lead the organization into this new phase. ECHS acquired the largest privately held collection of Erie-related Civil War artifacts. That served as a base to create the very successful exhibit “Erie County and the Civil War”, which ran until the fall of 2017, and attracted thousands of visitors to the beautifully restored mansion.  After several years of being closed for renovation, the historic Battles Estate farmhouses were opened for Girard’s Dan Rice Days and featured the beautifully restored White House gardens.

The year started with the hiring of a professional Museum Educator and Curator, leading to an expansion of the staff from just 7 to 17 by 2019. This vastly enhanced the ability of ECHS to deliver professional services to visitors and researchers. A systematic inventory and preservation project began under the new Curator to bring over a century of collections to a modern standard. The neighboring, historic Wood-Morrison House, ca. 1858, was purchased by the ECHS as the first step toward an ambitious plan for future expansion. Another very successful temporary exhibit, “We Can Do It, Erie and Western Pennsylvania in WWII” was featured during the last half of the year, this in partnership with the Heinz History Center.

The Wood-Morrison House underwent a 10-month restoration to become the ECHS Education Center. The second floor features three classrooms and new first floor exhibits were planned for the future. The house is one of Erie’s most historic. Naval surgeon Dr. William Wood, builder of the house, became the first Surgeon General of the Navy. William Morrison, whose family became the second owners, was the last captain of the USS Wolverine and the first Superintendent of Presque Isle State Park in Erie County. The Erie Extension Canal, built in the 1830s, ran next door, now beneath the houses just to the east of the Wood-Morrison House. Its barn, which predates the house, was built to keep the mules that pulled barges along the canal. ECHS began an important project to digitally index and modernize its extensive archives, holding over 200 years of Erie history. In addition, an Advancement Director was hired this year.

The ECHS constructed a new exhibit building on the Hagen History Center Campus behind the Wood-Morrison House. This 6,000 sq. ft. building was planned to house an exhibit of national significance on the first floor along with other exhibits. On the second floor, more new exhibits of Erie’s history will be designed for 2021. A plan for rotating fresh exhibits in the mansion was implemented and other exhibits were upgraded. ECHS initiated a greater emphasis on public events and expanding outreach. Work began on developing local history lesson plans as a resource for schoolteachers. Those lessons were uploaded on the new website as a free service for the community. Additionally, business students at Penn State Behrend developed marketing plans for the ECHS to encourage visitation from guests under the age of 30.  Several key recommendations were implemented including using the name Hagen History Center, utilizing the slogan Make History With Us, creating a new content driven website, enhancing our social media presence, and developing events specific for this demographic.

Construction began on new exhibits in the Wood-Morrison House, the Watson-Curtze Mansion, and the new exhibit building. Some were originally scheduled to be unveiled in May 2020; however, the process was delayed because of the global pandemic of COVID. The new opening is expected in June 2021. “A Night at the Museum” Gala is scheduled for September 2021. Naturally, all plans are subject to public health guidelines.

The PRD Group, of Chantilly, VA, designed these exhibits to encourage critical thinking. They will feature hands-on, dynamic, big-picture themes, which will develop an appreciation for our heritage and pride in our community.

The rooms on the first floor of the Wood-Morrison House feature exhibits on the “Erie Extension Canal,” the “Admiral Thomas Weschler Military Gallery,” and “Erie and the Navy”. The best of the Hagen History Center’s artifacts will be featured as well as dynamic graphics.

In addition, an exhibit on the second floor in the Watson-Curtze Mansion underwent a makeover, in young Winifred Watson’s bedroom.  This room has been transformed into a children’s themed bedroom to showcase how kids from all classes would have lived at the turn of the last century. This room will also feature interactive exhibits to provide a play space for children, once those can be safely debuted.

The first floor of the new exhibit building features two major galleries: the exhibit of national significance and “Erie and the American Dream”. The latter will showcase the boom years of Erie’s growth from the 1870s through the 1950s. Featured are the industry, transportation, labor, immigration, social services and architecture that made Erie an important part of the American Dream. It is now planned to open in 2021.

The second floor of the new exhibit building will feature a comprehensive exhibit on the history of Erie County, with galleries titled “Coming to Erie” and Erie at Work”, opening in 2022.