About Us What's New

Construction on the new exhibit building located behind the Wood-Morrison House was completed in 2020. This building provides an additional 6000 sq. ft. for new exhibits. Four new exhibits will open in June 2021 on the first floor.

This exhibit space, as well as the Wood Morrison galleries, have been designed by the award-winning PRD Group of Chantilly, VA. The first floor will feature a large exhibit “Erie and the American Dream, plus two smaller galleries.

Also, an exhibit of major national significance will open on the first floor by June 2021.  This exhibit is expected to be a major tourist attraction hosting an expected 10,000 annual visitors from outside our region. 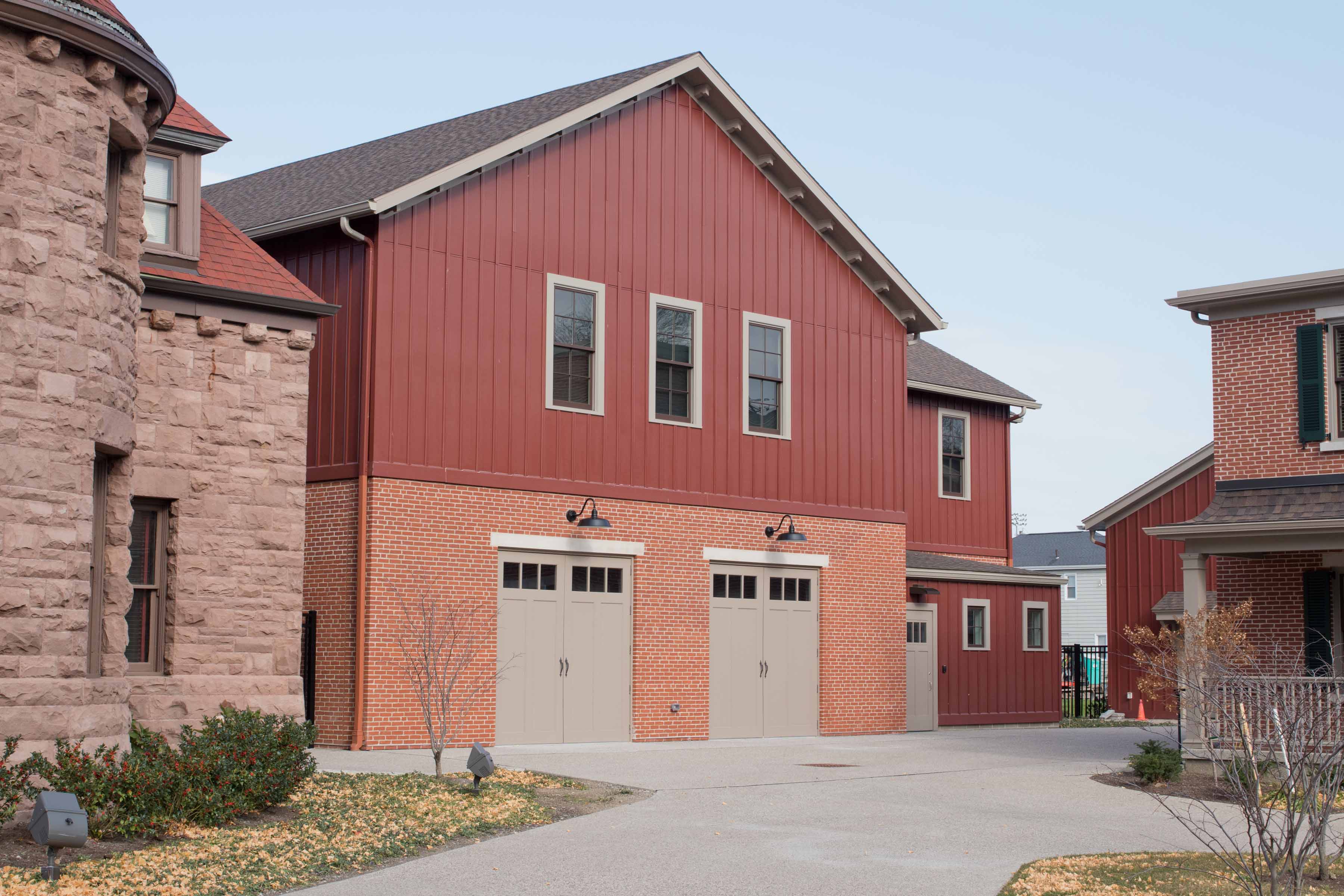 The second floor will house two large themed exhibits on Erie's history, opening in 2022. The first, entitled Coming to Erie, will include exhibits on how newcomers have shaped Erie, including immigration, industrialization, wars, post-war changes, innovation, and idea labs.  These exhibits will showcase ECHS's archival and curatorial collections, and incorporate first-person story telling. The second, Erie at Work, will include thematic exhibits on farm to market, lake to land, industry and innovation, test markets, and the story of Labor in Erie County.

In designing the exhibits, PRD will help create intellectually engaging and entertaining experiences that combine storytelling and education.

The PRD Group has designed museum exhibits for the Smithsonian Institution, Library of Congress, the Eisenhower Presidential Library, and the National Park Service amongst many others.  The PRD exhibits will encourage critical thinking with hands-on, interactive, dynamic, big picture exhibits; develop an appreciation for our heritage and pride in our community with an understanding of Erie's rich history; and encourage increased local attendance and large-scale tourism with the Hagen  History Center being a destination point.

Built in 1858, the newly restored Wood-Morrison House is now the Education Center for the Erie County Historical Society.

The Wood-Morrison House, located along Erie’s Millionaire’s Row, was designed by Dudley and Hawk. One of the few buildings west of Myrtle Street when built, it was initially known for being rather modern, as it was well equipped with state-of-the-art appliances and conveniences. (Source: www.eriebuildings.info).

The beautiful, two-story Italianate house was the home of Dr. William M. Wood. Wood was the fleet surgeon for the Great Lakes, serving aboard the USS Michigan then stationed in Erie. Wood and his family lived in the home until he was transferred to Washington, D.C., to become the first Surgeon General of the U.S. Navy. 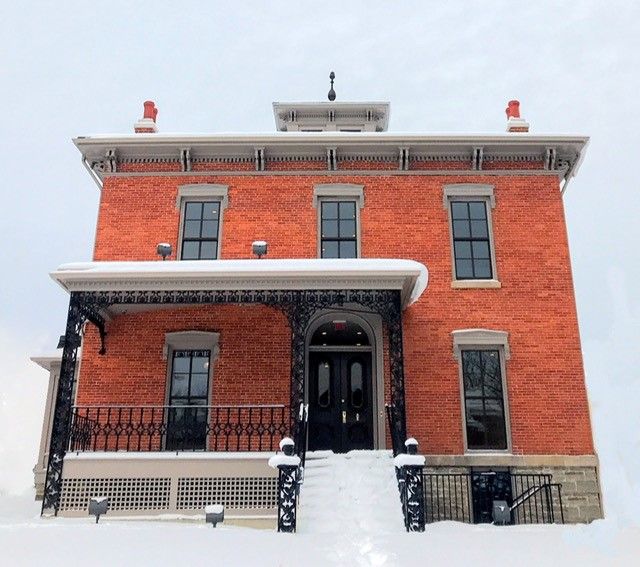 “Dr. Wood is remembered for his daring and secret expedition deep into Mexico at the onset of the Mexican War. The intelligence he gathered led to the appropriation of California by the United States. Dr. Wood is also the author of several books in which he recommended the reform of the United States Navy. Wood’s son, Charles Erskine Wood, who grew up in the home, would become a noted soldier in the 1877 Nez Perce War, known for transcribing the famous words of Chief Joseph, ‘I will fight no more forever.’ Charles Wood was also a prominent civil libertarian, anti-imperialist, and author, whose 1927 bestselling satirical collection of essays, Heavenly Discourse, took aim at religious intolerance and militarism.” (Source: www.eriebuildings.info)

The Morrison family then purchased the house and accompanying barn in 1865. It was the Morrisons who sold part of their property to the Watson family in the 1880s to build the Watson-Curtze mansion which now houses the ECHS museum.

An important figure in Erie’s maritime history, Lt. Commander William Morrison, a United States Naval officer, inherited the home from his parents in the late nineteenth century. Morrison was commander of the USS Wolverine, formerly the Michigan, from 1910 to 1917.  He later was Lieutenant Commander on the USS Utah during World War I. Locally, Morrison oversaw the reconstruction of the US Brig Niagara in 1913 and served two terms as a representative in the Pennsylvania House of Representatives.

An avid mariner, he was a founding member of the Erie Yacht Club and instrumental in the establishment of Presque Isle as a state park. Morrison served as the first superintendent of Presque Isle State Park in 1922. A man dedicated to preserving Erie’s maritime history, Captain Morrison is honored in front of the Erie Maritime Museum, where a plaque has been dedicated to him.  This plaque is situated beside the anchor of the USS Wolverine, the ship that Morrison had commanded and sought to preserve; however, only remnants of the ship remain inside the Erie Maritime Museum. (Information courtesy of: www.eriebuildings.info)

“Upon the death of Morrison’s wife in 1956, the Erie Art Club purchased the home. They maintained the building for almost thirty years, renaming it the Erie Art Center. It was here that the association began to expand, opening new exhibits and galleries until there was no longer room on the property. As a result, the association moved to 411 State Street in 1983. Schroeck and Segel P.C. purchased the Wood-Morrison house a year later in 1984.“ (Source: www.eriebuildings.info)

In 2017, this home was purchased by the Erie County Historical Society, from Attorney George Schroeck. In February of 2019, and after 10 months of extensive renovations, the home became the Education Center for the ECHS. On the second floor, three classrooms are available for educational opportunities.