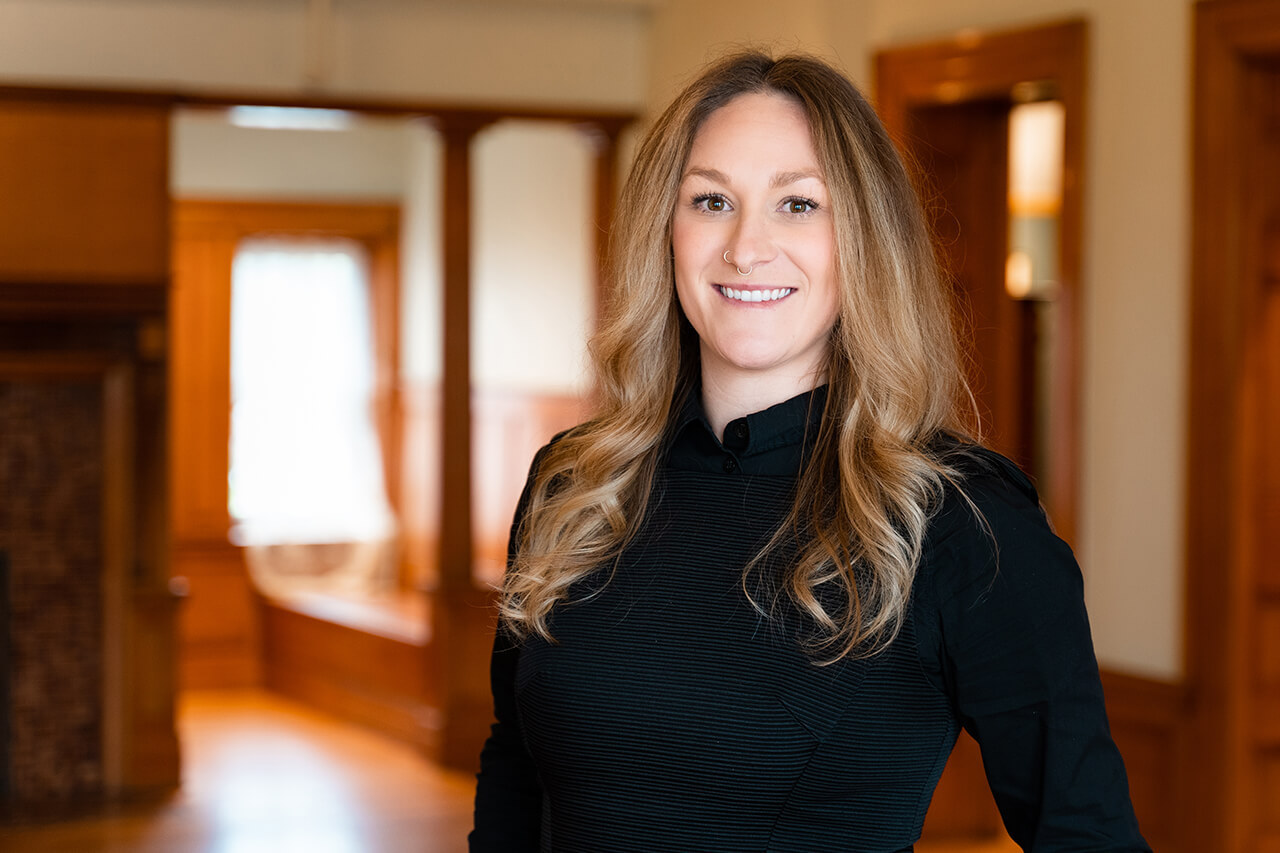 KayAnn joined the History Center in January of 2021.

KayAnn is an Erie County native, born in a small town on the NY border called North East. She is thrilled to utilize and leverage her education and passion to serve our community and fulfill the organizations mission.

KayAnn has an undergraduate degree in History with an emphasis in Public History from Mercyhurst University, completed in 2014. She received her graduate degree in Library and Information Science with a Local Archives emphasis at Clarion University in 2019. She has many years of experience within museums, and rare book libraries. She previously worked for the Erie County Historical Society after graduating from Mercyhurst and is excited to have accepted a job here again.

KayAnn is a voracious reader, has an insatiable curiosity to learn something new, and is an avid traveler. She recently took up longboarding, runs frequently and hikes often. She has been to 8 foreign countries—some more than once. She also is a collector of many things, but mainly oddities.