Hagen History Center is honored to celebrate the military service of Bobbi Hovis. Her flight jacket is currently on exhibit as well as medals earned from her Korean and Vietnam War involvement as a Navy flight nurse.

Born in 1925, Bobbi grew up in Edinboro, Erie County, Pennsylvania. She graduated from the Western Pennsylvania Hospital School of Nursing in 1946 and immediately enlisted, becoming a Navy Flight Nurse. She was the first in her class to volunteer for service in Korea and Vietnam.  During her Korean service, Bobbi flew the Pacific with the 1453rd Medical Air Evacuation Squadron that evacuated 16,604 injured without any fatalities. In Vietnam, she witnessed at least four coup d’états. Bobbi was shot at once and still has the bullet which narrowly missed her. Exposed to Agent Orange during her service, she still suffers its effects. 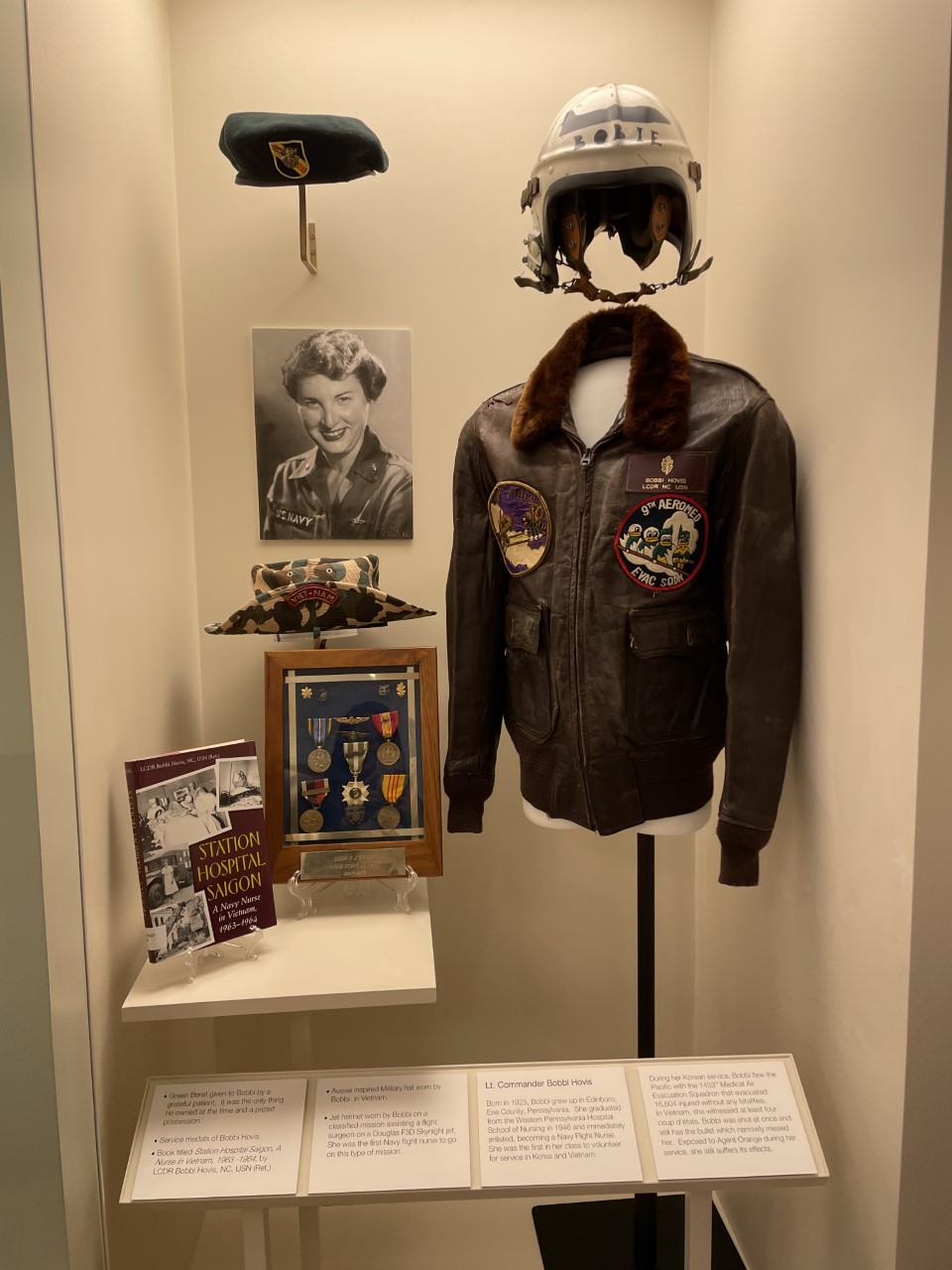