Congratulations and thank you to Colonel Ross Anthony “Tony” Snow, M.D., for sharing your story, uniform and 22 years of military service with us. His uniform is currently on exhibit in the Wood-Morrison House on our campus.

Tony Snow, M.D., has spent his career in service to our Country and the community of Erie. Educated in Family Practice medicine, he volunteered for enlistment into the United States Air Force in 1990 and was commissioned as a Captain. Attached to the 914th Airlift Wing in Niagara Falls, New York, he became the only African American Interim Commander of the squadron, the only African American Senior Flight Surgeon, and only African American 06 Colonel stationed there. Activated for Operation Desert Storm (January 17, 1991 – April 29, 1991), he returned as a fully qualified Flight Surgeon, a position he held throughout his career. 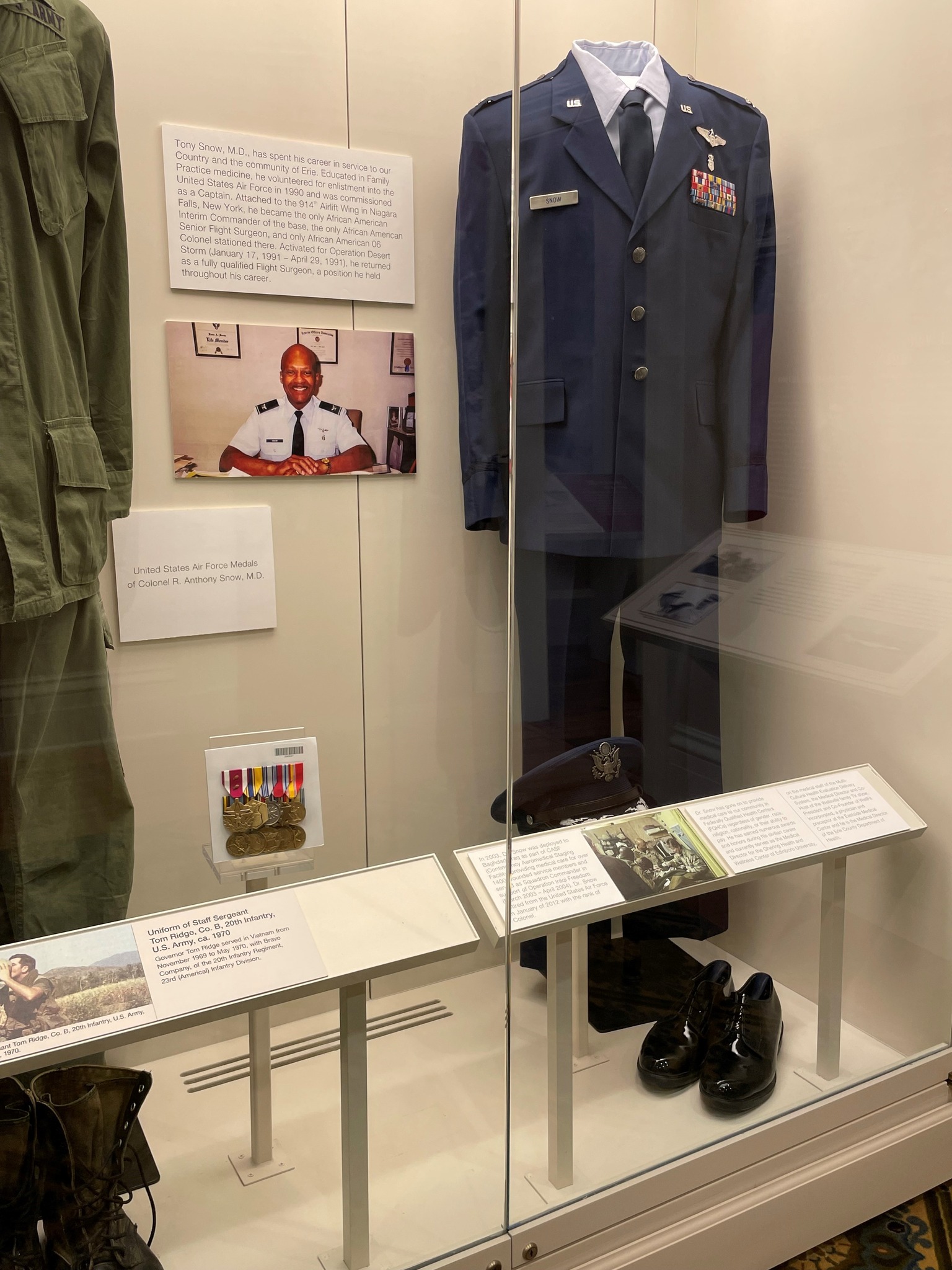