Curator Becky Weiser took Girl Scout Troop 17009 through the mansion where six Scouts had the experience of being curators for a few hours, in addition to learning about strong women. The girls earned their Women in History patches.

Becky Weiser gave the 9-year-olds some background on women who lived in the mansion: Carrie T. Watson (1853-1923) and her daughter, Winifred Watson Griswold (1884-1938). The Watson women were active in war efforts during World War I and much more. —

Scout leaders Ellie Pfister, Emily Vommaro and Erin Adams set up the tour. Ellie Pfister said her daughter wanted to learn more about women in history — Charlotte Battles, especially. “Elena was so intrigued, she made us drive out to the house in Girard the following day.”

Would you like to learn more about strong women and Erie’s history? Email Pam Parker to set up a tour. 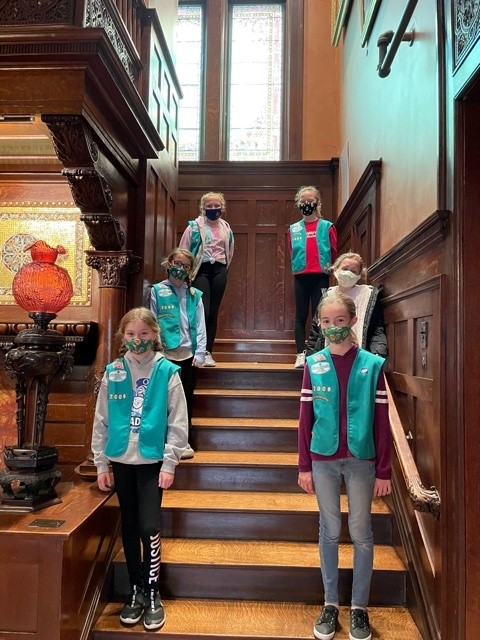