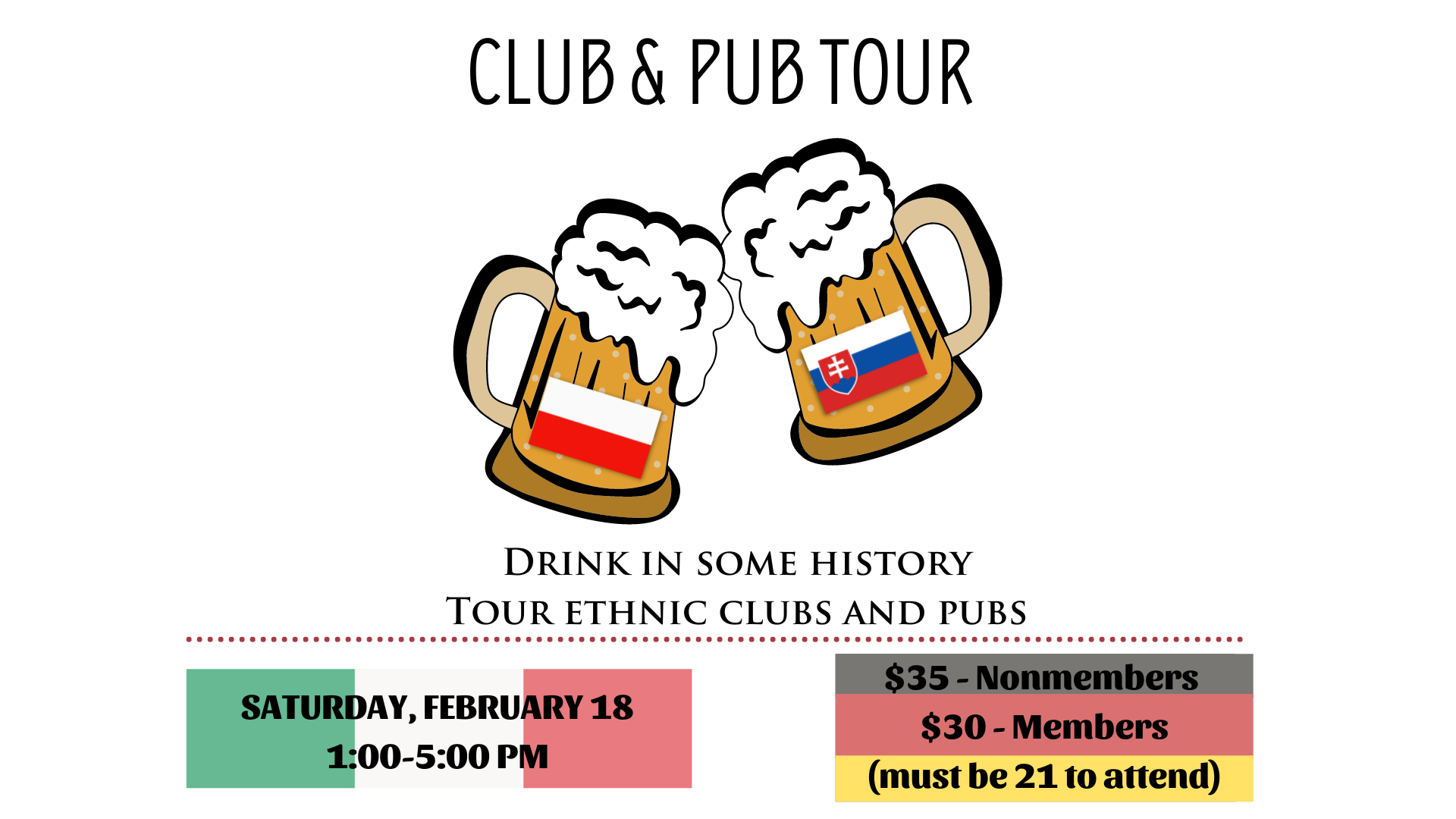 Drink in some history
Tour ethnic clubs and pubs

We’ll hop on a bus, courtesy of EMTA, at Julius, the former Maennerchor Club, 1607 State St., and share a beer and rich history at area ethnic social clubs and bars:

Polish Falcons, 431 East 3rd St., founded in 1914, with thanks to Rev. Francis Robaczewski, pastor of St. Hedwig’s Church, and multiple Polish community leaders. The club was housed in several buildings and in 1951, the current building was constructed.

Slovak Club, 902 Hess Ave., established in 1942 for American citizens of Slovak ancestry and their guests.

Julius, the former Maennerchor Club, 1607 State St., was established in 1871 in Erie, Pennsylvania as a German heritage club. Julio and Lilia Reyes, former owners of Latino’s, bought the building in 2018 and created a restaurant with traditional Mexican cuisine.

Ticket includes one glass of beer and history at each site.

Park your car at Julius where we board the tour bus. We return to Julius for our last round.