Hear the remarkable story of Wright’s San Francisco office, and its journey to western PA.

In 1951 Frank Lloyd Wright and his associate Aaron Green created an office in San Francisco, with an unusual design of louvered walls, irregular spaces, and built-in furniture.  Following Wright’s death and Green’s use of the office for many years, it was dismantled and began a cross-country odyssey––to Ann Arbor, Michigan; then Pittsburgh, where it was exhibited for several years in the Carnegie Museum; then Buffalo; and finally Erie, where it has been meticulously reconstructed at the Hagen History Center and is accessible to the public.  The talk will examine this unique work by Wright, explain how he and Green used it, trace its extraordinary migration across America, and describe its incredible restoration.

Paul V. Turner, Ph.D.; was trained as both an architect and an art historian.  He taught the history of architecture at Stanford University from 1971 to 2006, offering a broad range of courses to undergraduates and graduate students, from a survey of world architecture to courses on Baroque, 19th- and 20th-century European and American architecture and urbanism, and seminars on various subjects.  His publications include works on the architects Le Corbusier, Frank Lloyd Wright, Joseph Ramée, and the history of the American campus.  (His book, Campus, An American Planning Tradition, won the Society of Architectural Historians' Hitchcock Prize, for the best book on architecture in 1984).  Following the Loma Prieta earthquake of 1989, which seriously damaged Frank Lloyd Wright's Hanna House, on the Stanford campus, Turner chaired a university committee which oversaw the complicated process of restoring the house, completed in 1999.  This experience increased his long-held interest in Wright, and he wrote a book on the architect's work in the Bay Area, Frank Lloyd Wright and San Francisco, published in 2016.  He then began a project on the importance of books to Wright, involving a reconstruction of the architect's extensive library, which had largely been dispersed.  This led to the creation of a website on the subject, "Frank Lloyd Wright's Library," produced on a Stanford University Libraries site (flwlibrary.sites.stanford.edu).  In 2021 he wrote a memoir of his childhood summers on an elderly woman's estate on Lake George, which had a formative influence on his love of art and history.  In 2020 Turner was named a Fellow of the Society of Architectural Historians. 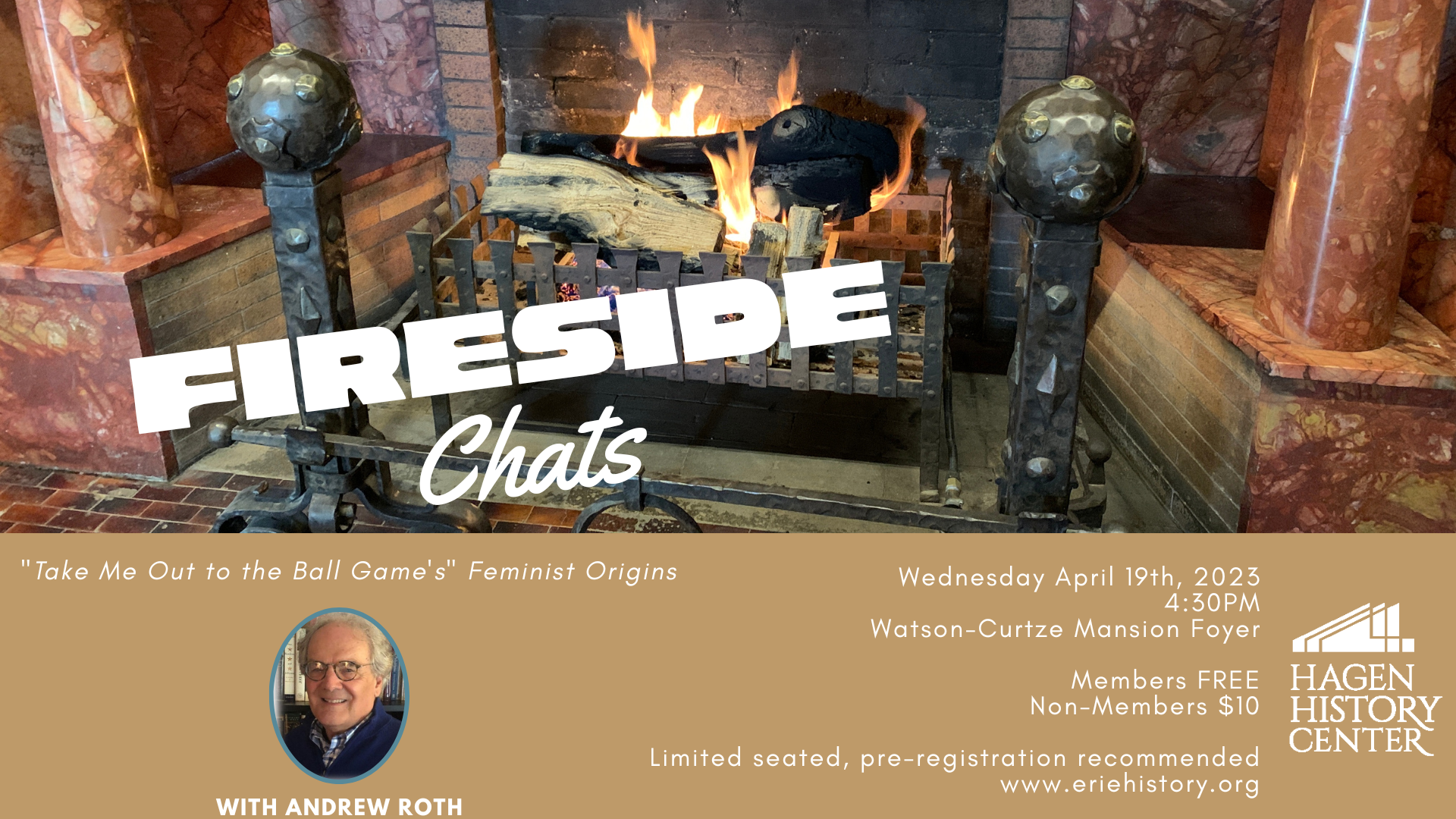 Who were Trixie Friganza, Nora Bayes, and Katie Casey who had the ‘baseball fever and had it bad’? Discover the fascinating backstory of one America’s three most popular songs of all-time and the scandalous hijinks of the folks who made it famous.

A Scholar-in-Residence at the Jefferson Educational Society (JES), Roth delivers presentations about “The American Tapestry Project: We Tell Ourselves Stories”. In this series, Roth seeks to weave together America’s many stories into a tapestry of stories exploring what it means to be an American. The Project includes The American Tapestry Project – a five part series on the story’s major threads; American Holidays – an eight part series on those things Americans love in common. The series began with 1968: The Far Side of the Moon and the Birth of the Culture Wars. Roth is currently developing a new series – “Sports and Games in American Society”.

A frequent speaker at the Chautauqua Institution, Roth currently hosts a podcast series on WQLN-Public Radio & NPR1 The American Tapestry Project airing at 4:00PM on the second Sunday of every month.

In June, 2022 the Jefferson Society awarded Roth the first ever Ovid Award for the 100+ Book Notes he has written for the Society since March of 2020. Roth’s Book Notes cover the subjects of the day, with particular emphases on American history and the art of poetry.

Roth’s long career in higher education included service at Gannon and Mercyhurst Universities. From 2033 to 2014, Roth served as President of Notre Dame College in Cleveland, Ohio, where he was awarded an Honorary Doctorate for his leadership and was named President-Emeritus. In 2016-17, Roth served as the Interim-President of St. Bonaventure University.

When not working on his various projects, he enjoys reading, working out and cycling on Presque Isle. He is married to retired banker Judy Owens Roth.