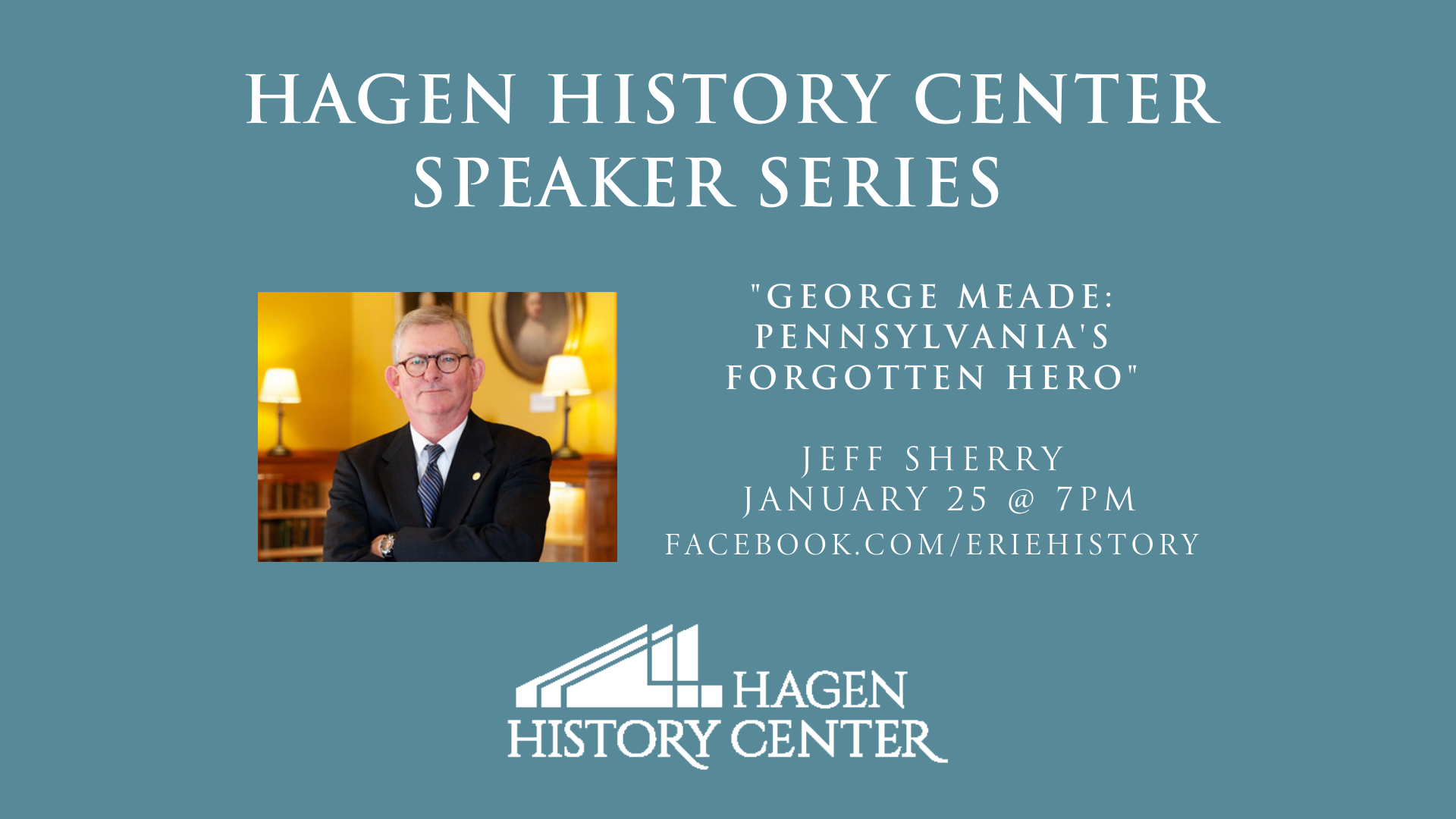 Over 150 years after the Civil War, the name of George G. Meade is not well known outside the world of scholars and students of that war.  He was overshadowed by U.S. Grant and shunned by the press.  Meade deserves to be recognized for his victory at Gettysburg and his command of the Army of the Potomac longer than any other general.

Event is in partnership between the Jefferson Educational Society, the Civil War Round Table, and Hagen History Center. 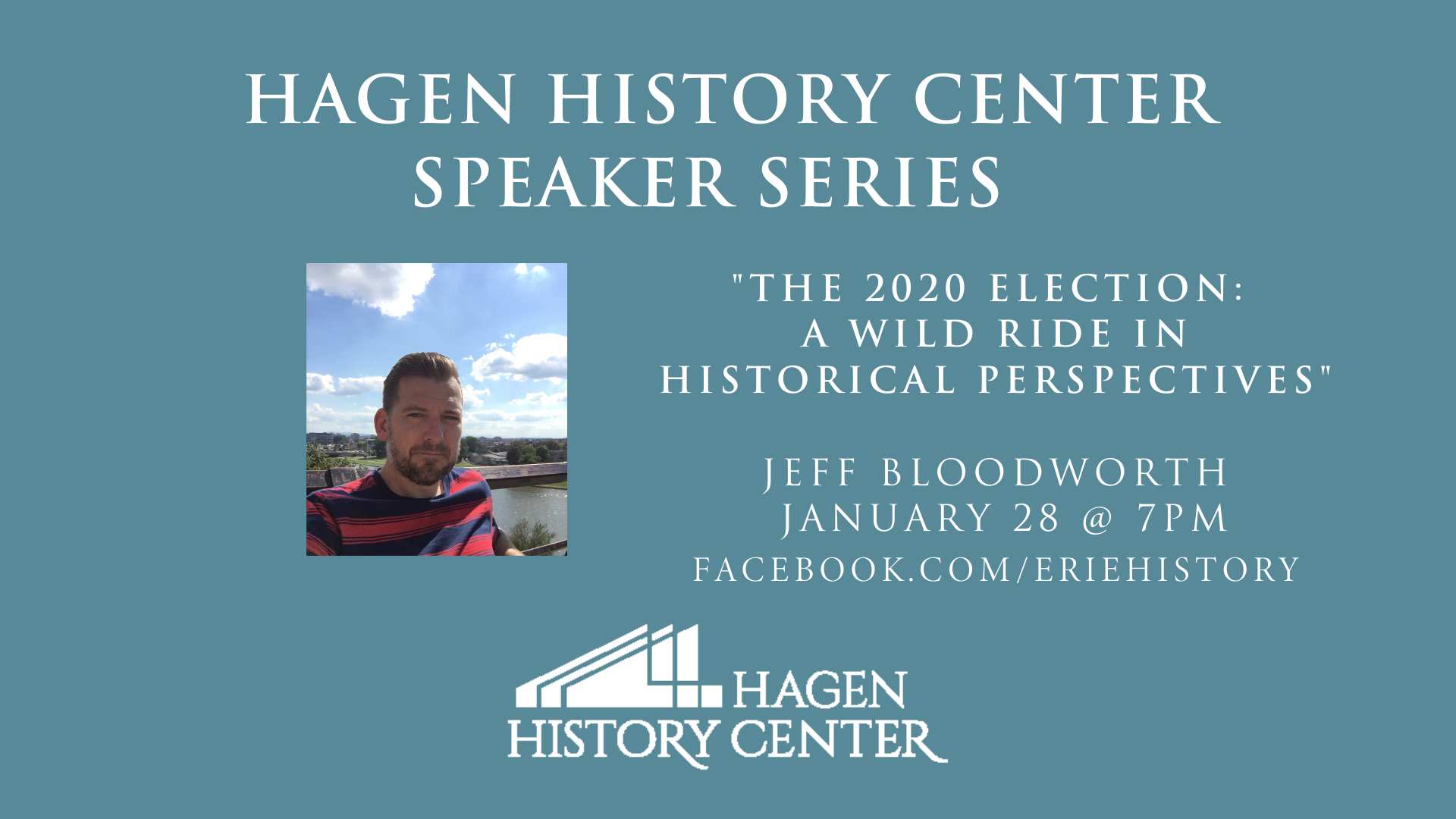 The 2020 Election: A Wild Ride in Historical Perspective

The 2020 Election is one for the ages. Historian of contemporary American political history, Jeff Bloodworth, will offer the long and medium-term historical perspective on this most unusual race for the presidency. Using history and a deep dive into the electoral results, Professor Bloodworth will offer the prospects for a Biden presidency and the immediate future for both major political parties. 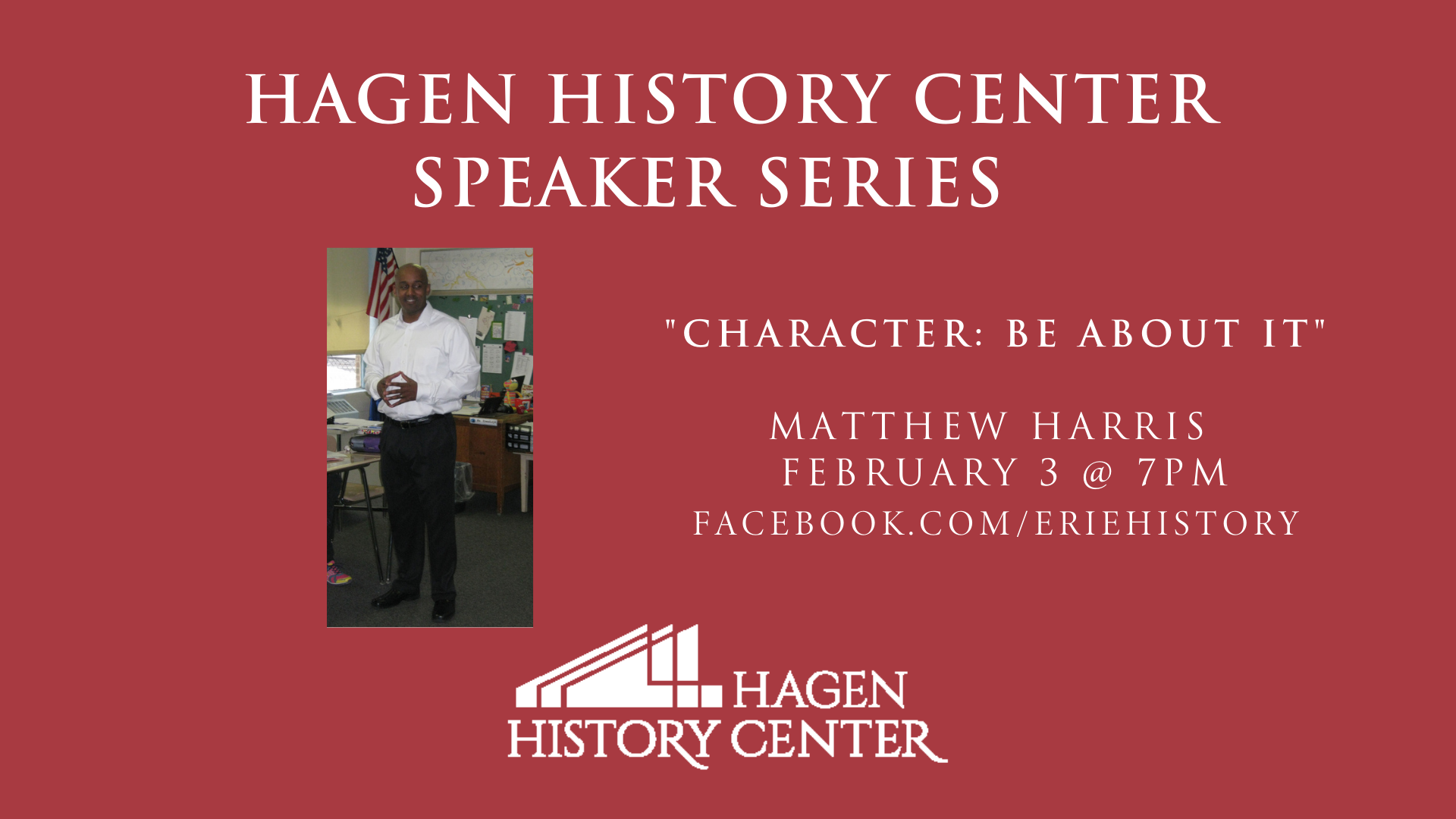 Character: Be About It

​The mission of All About Character, Inc. is to develop leadership skills among youth in grades K-8 while reducing drop out and incarceration rates.  Through preventative - based educational programs, taught by trained law enforcement officers, important character traits are instilled in select students, improving the overall school environment and the relationship between the community and law enforcement. 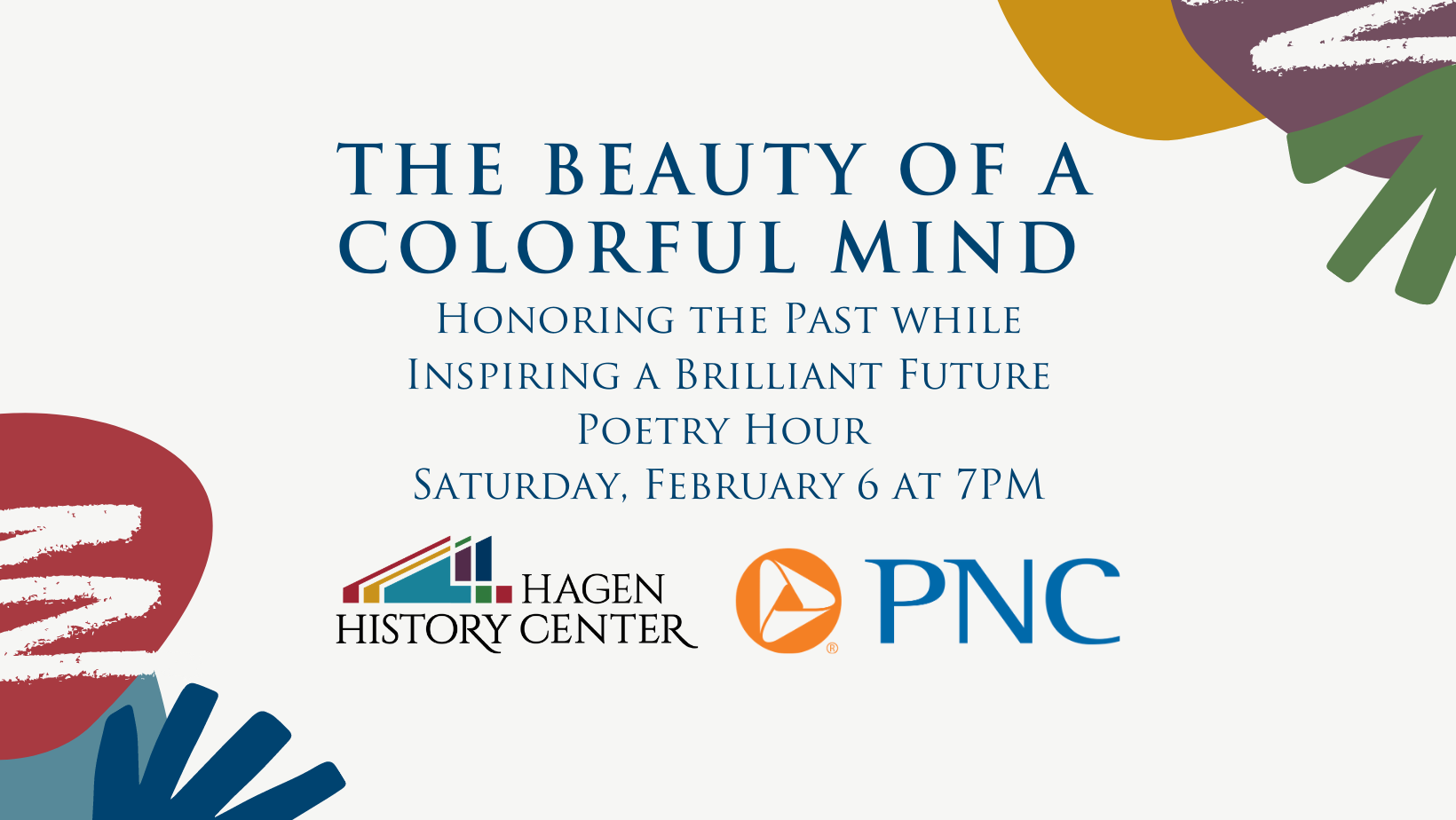 The Beauty of a Colorful Mind; Honoring the Past While Inspiring a Brilliant Future || Saturday, February 6th @ 7:00 PM

This event will be streamed on February 6th on our Facebook and YouTube at 7:00 PM. Generously sponsored by PNC Bank. 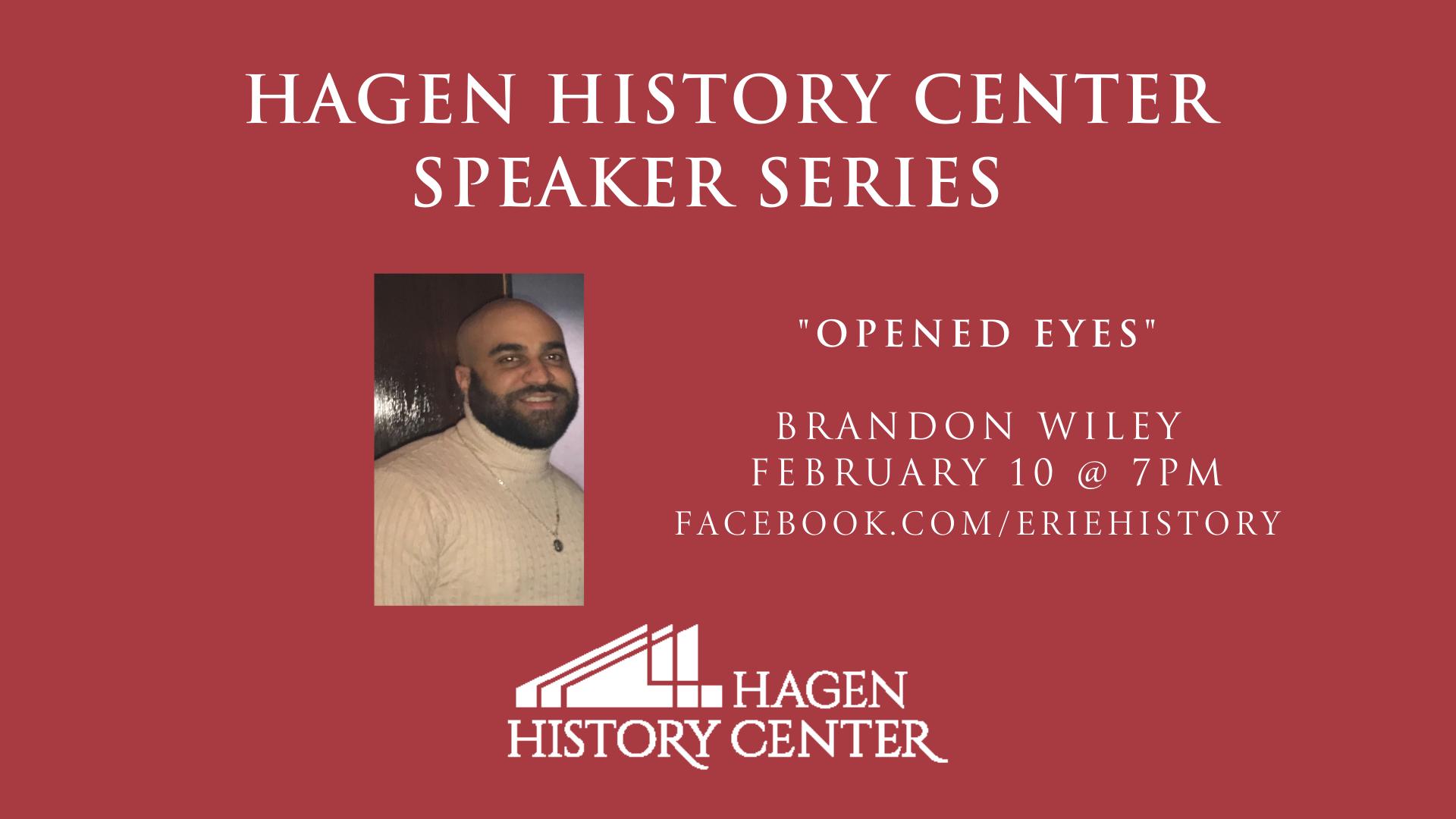 Brandon Wiley founded OpenedEyes in 2014 as a result of personal experiences of racial discrimination and identity crisis due to his biracial background. Brandon felt that the world would needs a program to encourage and increase dialogue around social justice related issues. Brandon is passionate in the areas of self development, diversity & inclusion and cultural appropriation.

Brandon will discuss the history and overview of OpenedEyes. He will be discussing the importance of mindfulness-based practices in how we see and understand ourselves as well as the diverse world around us. 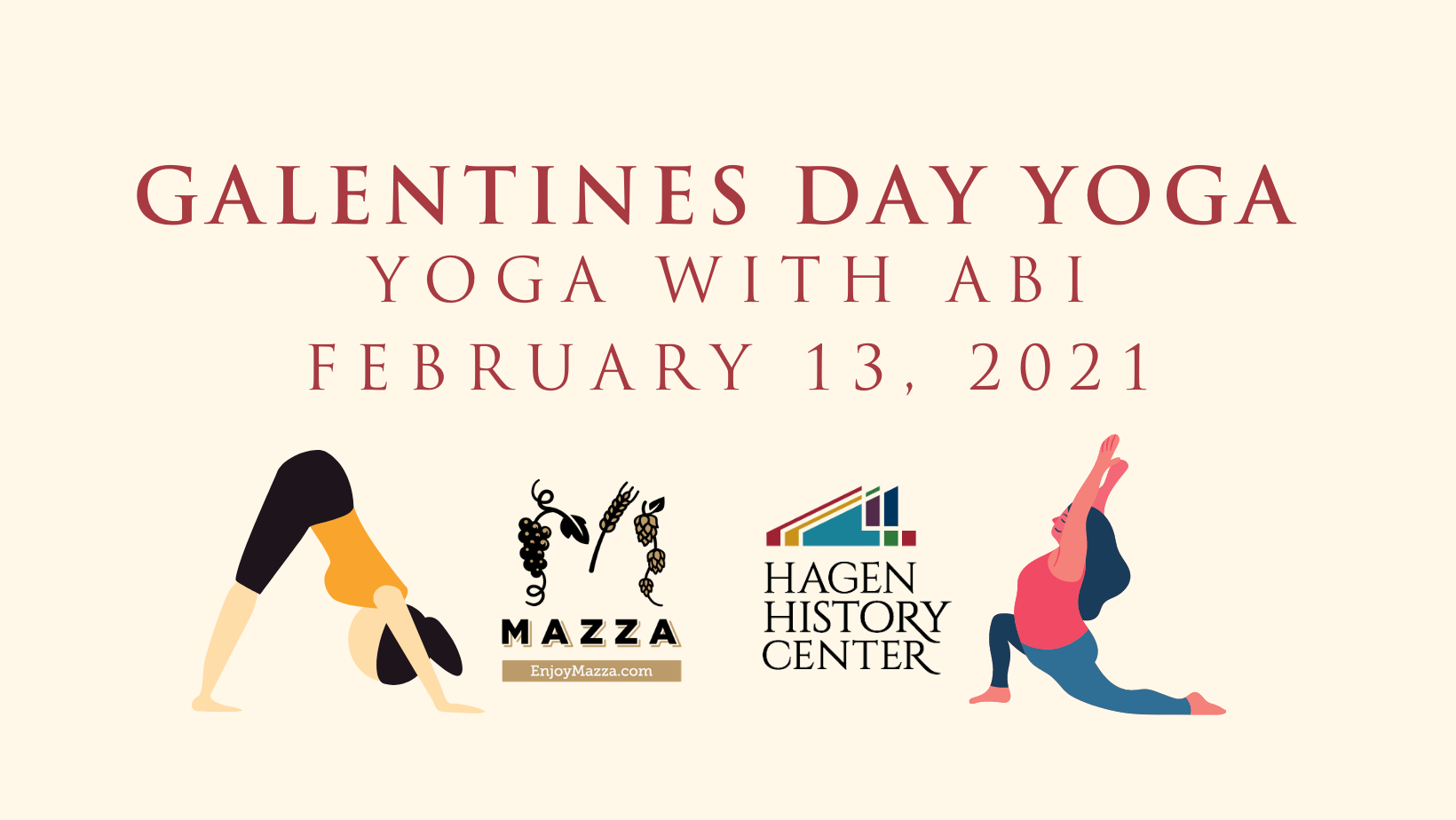 Who needs Valentine’s Day when you can focus on health and history with your closest gal pals on GALentines Day?  During this time of limited social gatherings, Hagen History Center would like to invite you to GALentines Day Yoga, Yoga with Abi; a fun virtual yoga experience the day before Valentine’s Day! Abi will lead you through an hour-fifteen-minute Hatha Yoga Flow with emphasis on expanding your heart chakra beginning at 10 AM via Zoom.

After yoga spoil yourself with a take-home box filled with sweet treats along with a 350mL bottle of Mazza white wine! Take-home boxes are available to pick up February 12, from 8 AM – 5 PM.

Tickets are sold online only. $10 for members and $15 for nonmembers. Limited Quantities available. 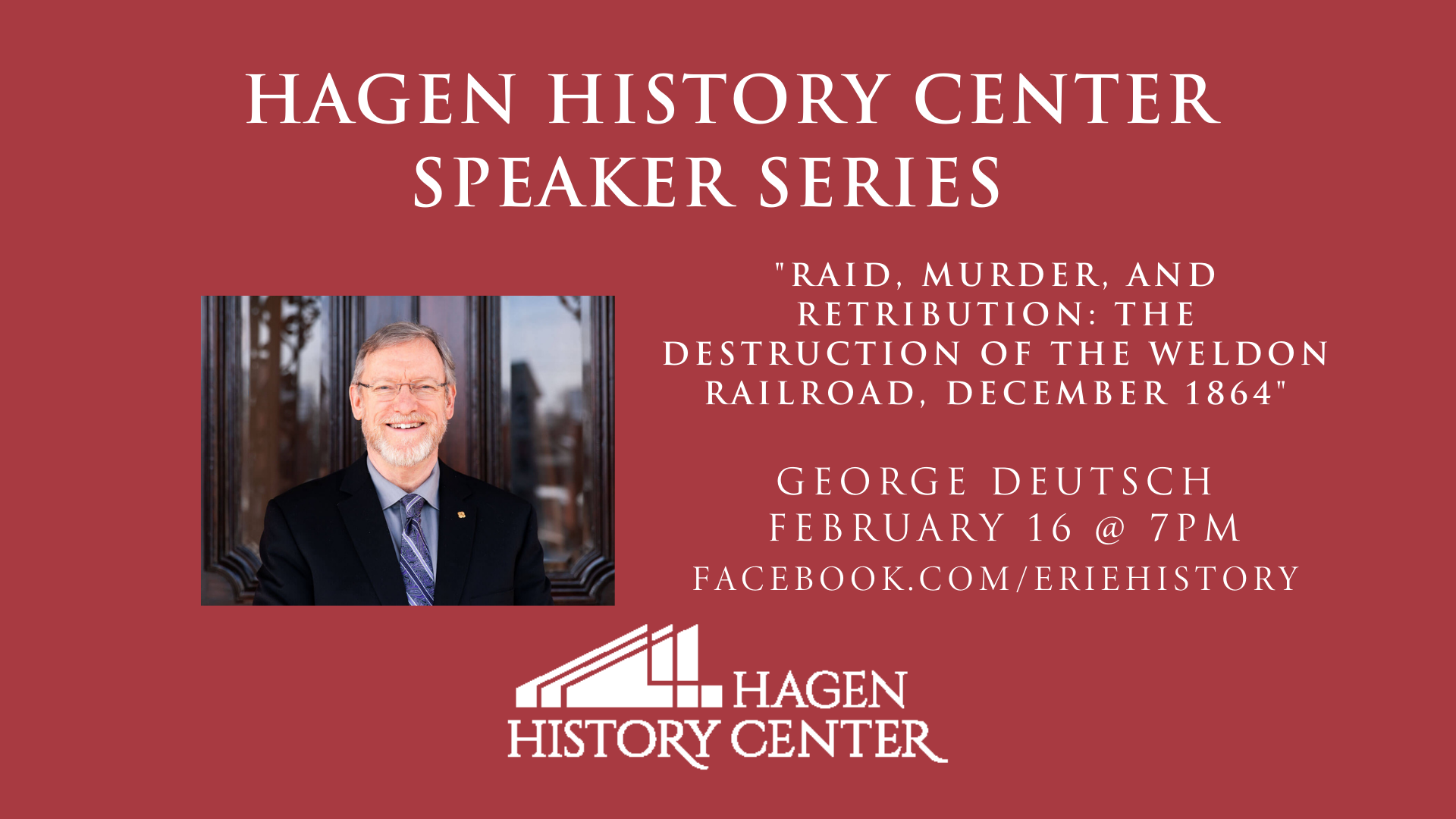 Raid, Murder, and Retribution: The Destruction of the Weldon Railroad, December 1864

he Weldon Railroad was one of the last important supply lines for Robert E. Lee's Confederate army besieged around Richmond and Petersburg during the last winter of the Civil War. In December 1864, Union commanders U.S. Grant and George Meade ordered a massive raid of over 20,000 men to destroy the railroad all the way to the North Carolina border.

What began as a straightforward military strike by troops (including this region's 83rd PA Volunteers), deteriorated into a vicious foray against the local civilian population, fueled by copious amounts of confiscated whiskey. This was followed by brutal retaliatory murders of isolated Union stragglers. The malicious cycle then escalated into the burning of wide swaths of civilian homes and the wanton destruction of foodstuffs. It was war at its most brutal level.

Event is in partnership between the Jefferson Educational Society, the Civil War Round Table, and Hagen History Center.

A Pictorial View of Life in Erie's Black Community: An Unseen Perspective

This will be a PowerPoint presentation with the Ada Lawrence Collection to highlight through pictures of family life in the African American Community.