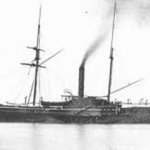 The iron-hulled U.S Paddle Frigate Michigan, homeport Erie, was launched in 1843 and commissioned in 1845. Michigan was the first iron-hulled ship in the U.S. Navy. The reader might be familiar with the “ironclads” of the Civil War. These ships were often just that-wooden ships clad in iron sheets to deflect enemy cannon shot. Michigan was made of iron. The 1840s was a time of experimentation in naval design. Ships had been made of wood for thousands of years, and that art had progressed to a high state development and had begun to see the introduction of steam engines to power vessels-even if most, like Michigan, were still fitted with sails. Michigan’s steam engine powered two large paddle wheels, one on each side. 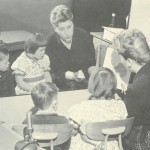 Reflecting on 70 years of the Barber National Institute’s history

When Gertrude Barber opened the first class for children with intellectual disabilities, she began a journey that would not only change their lives, but the future of thousands more children, adults, and families. Indeed, her work led to the founding of an organization that would become known across the state and the nation for its pioneering services.

The Barber National Institute, this year marking its 70th anniversary, now serves more than 6,200 children and adults in locations throughout Pennsylvania. With more than 2,000 employees, it is ranked as the tenth largest employer in Erie. 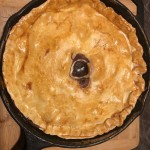 I love autumn and all of the new opportunities it brings for food. We are a household that hunts and forages, and I wanted to recreate a recipe that honors those fresh ingredients while reflecting on how they were used in the past.

I’m happy to say my husband harvested an anterless deer on the first day of muzzleloader season, so I’ll have lots of venison to work with this winter. For this past Sunday I chose to re-create a venison pie recipe from James, V. E. Mother James' Key to Good Cooking: With Complete Instructions in Household Management, Designed to Meet the Requirements of Common Every-day Use in the Country and Village Homes of the Present Day, Being the Result of Forty Years' Experience in Practical Housekeeping and in Every Phase and Department of Cookery from the Humble Country Home to the City Mansion. United States: N.D. Thompson. 1892.

I know, that’s quite a title! 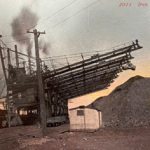 Happiness & Long Life for All its Residents #103

The harbor of Erie is considered the finest on the Great Lakes in regard to the natural protection of the Peninsula. Unfortunately, the lack of proper development of shipping infrastructure at the port has hindered the growth of the city according to John Nolen’s observations in 1913. 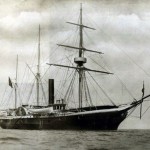 Timber Pirates? On the Great Lakes? Yes, timber pirates. What was a timber pirate? In the early days of America’s westward expansion, the United States government held vast areas of timbered land on the upper (western) Great Lakes and elsewhere. Loggers who illegally cut down the trees on federal lands and sold them were known as timber pirates. They were an especially violent bunch, much like a modern drug cartel or the pirates of lore, sailing the Great Lakes instead of the Caribbean. Federal law enforcement could do little to stop them, and they were quite adept at intimidating the locals and informants. The United States Paddle Frigate Michigan would soon join the fray. 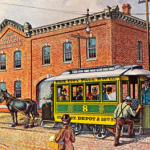 Happiness & Long Life for All its Residents #102

One of the first things I do when I move to a new location is to find out where the nearest public transportation is. This was vitally important when I lived on Long Island, New York and did not own a car. In Erie, I own a car but still find it important on days I do not want to drive to have an alternate form of transportation available. For example, when the car is covered in snow and driving is difficult, I enjoy taking a bus. The Erie Metropolitan Transit Authority (EMTA) bus drivers are helpful and friendly which makes the otherwise difficult journey enjoyable. 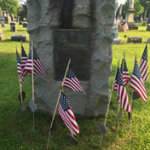 On this 103rd Commemoration of Veterans Day

The day was November 19th, 1863 at the Consecration of the National Cemetery in Gettysburg, Pennsylvania. In part of his two-minute address, President Lincoln noted, “But in a larger sense, we cannot dedicate, we cannot consecrate, we cannot hallow this ground. The brave men and women1, living and dead, who struggled here, have consecrated it far above our poor power to add or detract. The world will little note, nor long remember what we say here, but it can never forget what they did here”. 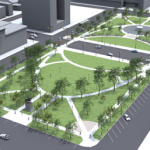 Happiness & Long Life for All its Residents #101

I grew up in Erie County with farms surrounding my parents’ home. Since that time, I have lived on a spread-out college campus, the dense population of the New York City area, and the high plains desert of Colorado with a lot of nothing. Now I live in the City of Erie, and I am grateful for the many outdoor benefits of living here. I feel as though I am close to everything and enjoying the greenspaces in the city is no exception. In John Nolen’s consultation in 1913, he admonished the city for its lack of parks and playgrounds. 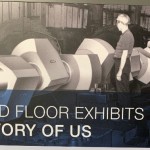 A new, semi-permanent exhibit, opened in July, 2022, at the Hagen History Center.  Located on the second floor of the new exhibit building, The Story of Us tells the “whole” story of the settlement and great industrial growth of Erie and the county as a whole. No one museum exhibit can possibly tell the “whole” story of a county’s history but this one does a good job. 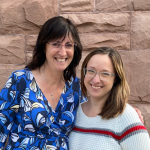 Happiness & Long Life for All its Residents #100

I cannot believe that this blog series has lasted so long! My first edition posted in April of 2020. If you have been a regular reader, you learned the contents of the “1888 Erie PA Illustrated, as well as a lot of other local historical information. It has been fun! To celebrate blog #100, I have decided to write about something different - - - me.