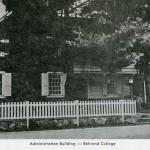 Take a look back at the history of Penn State Behrend

“My first class was a German class, and it was held upstairs in the grainery of what we called the barn on the Behrend estate. The grainery was big enough for the four or five students who were going to take German … In the downstairs of the barn, they were hauling out the horse manure to build classrooms down there.”

This was the Behrend Center that greeted freshman Dennis Jacobson in September 1948. How did Harborcreek end up with a college bearing such a rustic setting? 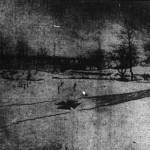 The Curse of the Black Hand: The 1911 Unsolved Murder of Giovanni Baptiste Arecchi

In the early 1900s fear had spread throughout Italian communities throughout America with the terror of the Black Hand. Using methods of extortion similar to members of the Camorra and the Mafia, the Black Hand Society utilized tactics involving threatening letters being sent to a victim, demanding something, usually monetary compensation in return. If the demands were not met, they were usually met with violence, even murder. The demands, written in scribbled Italian dialogue, were full of spelling errors and included crude symbols such as guns, skulls, or perhaps a blood-covered knife - complete with the almost childish caricature of the blackened silhouette of a black hand. 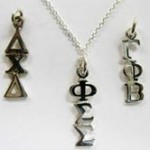 Today I decided to talk about some items in the collection that may not stand out to everyone. Within our collection under “Women’s Accessories” we have three beautiful lavaliers. The definition of a lavalier is simply, “a pendant on a chain worn like a necklace.” When hearing this most people may think it is just a necklace. In fact, lavaliers have a deeper history and meaning. 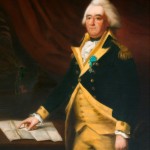 Rendering and The Story of Gen. “Mad Anthony” Wayne-Maybe Not so “Eerie” after all.

As Halloween draws near, we are reminded of the legend of General “Mad Anthony” Wayne’s bizarre story of his death, likely from gout, on December 15, 1796, at the American fort at the site of the modern Wayne Blockhouse. 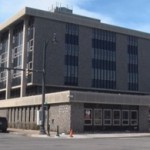 Happiness & Long Life for All its Residents #99

John Nolen writes quite a bit about the public and private buildings in Erie, and very little of it is complimentary.  That is unfortunate, but really, I understand.  Strangely, one of my greatest pleasures before COVID was paying my property tax in person.  Lauren, who worked in the city tax office was always a good sport when I came in.  (I’m sorry Lauren ☹)  I would have my check in hand, wear black, and loudly comment on here I was in the “architectural gem” City Hall paying my money.  Now, don’t get me wrong, I believe in paying for fire and police protection and schools.  It was just my comment that I was entering such an ugly building to do so. 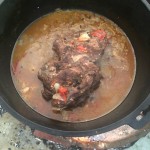 Cookery Through Time: Ragout of Beef

I first saw this recipe listed on The Henry Ford website. The website lists it as a recipe from 1890, and states the cookbook was created as a fundraiser by the ladies of a church in Ohio, and was published in several editions.

The flavor combination of the tomato, peppercorns, cinnamon and clove are delicious. It’s a recipe that’s very simple but it comes together very well. 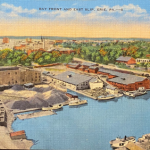 Happiness & Long Life for All its Residents #98

Sometimes we learn from the past, often we do not.  Nolen’s book on improving our city devotes many pages to the waterfront.  In 1913, when Nolen compiled his study, the area was a total, chaotic mess.  On page 49 of his book, he writes “The great hope of Erie for the future is its waterfront.  At present, however, the waterfront and harbor of Erie contribute very little indeed to the business development of the city or to the pleasure of its citizens.”  Haven’t we all heard those similar words spoken in the not so recent past?  The GAF site along the bayfront has been discussed for years. 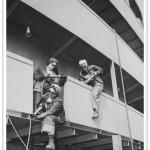 Red Lips and Rosie the Riveter: Women on the Home Front

With a large group of men off to war during WWII, women were joining the workforce to aid in the war effort. The typical role of the American woman up to this point was to be married, have children and be a homemaker while her husband was at work. Though not all women followed this path, it was the expectation. 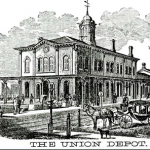 Happiness & Long Life for All Its Residents #97

It is not often that I learn something about a topic I really enjoy in Erie history, but it happened!  I have been reading John Nolen’s “Plans and Reports for the Extension and Improvement of the City” and the section “railroads” caught my eye.  If you have been a regular reader of this blog, you may realize that I like trains.  I learned that in 1913, five railroads went through the city:  Lake Shore & Michigan Southern; Philadelphia & Erie; Pittsburgh, Bessemer & Lake Erie; New York, Chicago & St. Louis and the Erie & Pittsburgh.  The tracks were located in four places in town: 14th Street, 15th Street, 19th Street, and the west half of 12th Street then going down along the waterfront towards the docks.