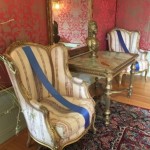 As you walk through the Watson-Curtze Mansion, have you ever found yourself wondering about the story behind a particularly lovely decorative item or a piece of furniture that is on display?

Most of the gorgeous Provincial furniture that resides in the mansion’s parlor came from the estate of a pair of Erie sisters – Helen Taylor and Ethel Taylor Winder.

Happiness & Long Life for All its Residents #91

Let’s face it, we all like to eat.  Maybe some more than others of us as our waistlines may show! We all must eat to live, of course, but how many of us produce what we eat?  In the early days of life here in Erie County, it was imperative. 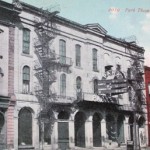 Happiness & Long Life for All its Residents #90

A few blogs ago, I wrote about the Greyhound bus station being on the site of the Park Opera House.  What exactly was an Opera House and why did Erie have one for such a long time?

The History of “Ish Kabibble”

When I was a fourth-grade teacher, I introduced my students to a spelling game I called Ish Kabibble. The kids enjoyed playing the game and being the one who got the shout “Ish Kabibble” at the completion of the correct spelling of the given word. But Ish Kabibble was not a word I made up, it was actually a person’s stage name. The man known as Ish was Erie native Merwyn (Mern) Bogue and the great uncle of my husband, Jeff. 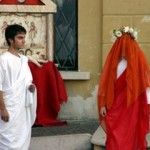 Wedding Accessories and Their Meanings

Last week I wrote a blog about the history of wedding dresses. As I was writing that one, I felt it would also be interesting to also go over other parts of a brides’ outfit. 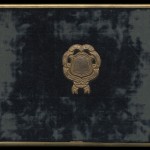 A Gift for Tad Lincoln

In 1865, the men of Company “K” of the 150th Pennsylvania Volunteer Infantry Regiment, who had been the official Army Presidential guards since their regiment arrived in Washington in 1862, gave President Lincoln’s son Tad (Thomas) a unique gift. A photo album with ninety-seven posed studio photographs of each member off the company. Obviously, the soldiers, known as “Bucktails” for the tail of a deer worn on their caps, were taken by the often precocious Tad. He was also taken by the soldiers.