Happiness & Long Life for All its Residents #90

A few blogs ago, I wrote about the Greyhound bus station being on the site of the Park Opera House.  What exactly was an Opera House and why did Erie have one for such a long time? 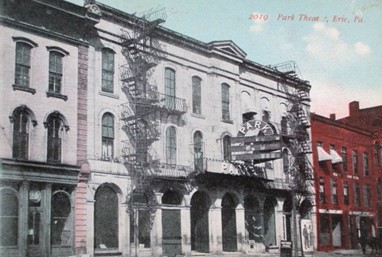 An Opera House is just another name for a theater.  When the theater opened in 1873, Erie was not a large city (population close to 20,000) yet the citizens here loved live performances.  Perhaps it was the long winters that encouraged Erieites to get out of the house.  Our location between larger cities allowed for popular travelling show companies to stop here and perform.  The Park was the largest theater between New York City and Chicago and was quite beautiful.  The curtain and scenery were painted by the scenic artist Gaspard Maeder of Chicago and the artists Bottani and Rusca of Buffalo frescoed the ceiling.

The stage opening was decorated with gilding with a likeness of the architect of the building at the top of the arch.  Underneath the stage were eight dressing rooms, a green room, music room and washroom.  Four furnaces warmed the building (a rare treat for most back then, I am sure!).  The Erie Dispatch Herald of February 29, 1924, wrote “Taken as a whole it was one of the finest opera houses in the United States; a theater upon the level of the street, magnificently fitted up, and with ample storage room and most complete details in all that is requisite for a first-class opera house”. 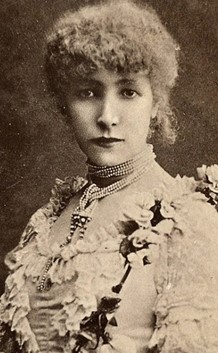 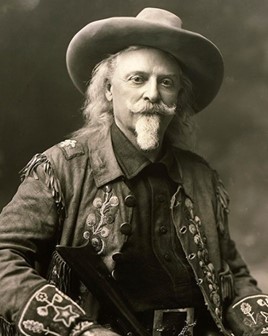 Later in the theater’s history, some shows were tried here in Erie before going on the road.
All the production work happened here and if the show failed, it ended immediately.  Audiences in Erie were known to be extremely critical.  One successful show that began here was “Amie’s Irish Rose.”  It eventually landed on Broadway and lasted ten years.

The building also served as a venue for political rallies, school dances, parties, lectures and even boxing.  With the advent of “talkies,” the theater began a slow decline.  Vaudeville was played as a cheaper form of live entertainment then eventually burlesque which was for “men only.”

In 1939, the Park Opera House was razed and the modern Greyhound bus station was built in it’s place.