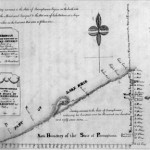 Happiness & Long Life for All its Residents #92

Where am I?  The land for this community was part of the Erie “Triangle” which was 315 square miles claimed by New York, Connecticut, and Massachusetts at the same time.  In 1778, the Commonwealth (the Merriam-Webster Dictionary defines a state and a commonwealth as the same thing with the only difference being in the name) of Pennsylvania and the Federal Government signed a treaty with 24 Iroquois Chiefs and was purchased for $165,640.00 ($3,508,399.23 today).

Many readers have seen the 1998 World War II film Saving Private Ryan. A small group of Army Rangers is sent behind German lines in post-D-Day France to find Private James Ryan whose brothers have been killed in the war. The story is loosely based on the story of the Niland brothers of Tonawanda, New York. 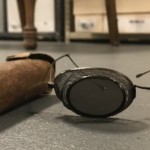 Coats, and gloves, and goggles, oh my!

Each and every day people get into their cars to travel from point A to point B. Most of us would never give it second thought to our journey. Some of the first cars were open meaning the riders were exposed to the weather, debris, etc. Today though, we have the luxury to jump into our fully covered cars and go where we want, whenever we want to.