Happiness & Long Life for All its Residents #91

Let’s face it, we all like to eat.  Maybe some more than others of us as our waistlines may show! We all must eat to live, of course, but how many of us produce what we eat?  In the early days of life here in Erie County, it was imperative. 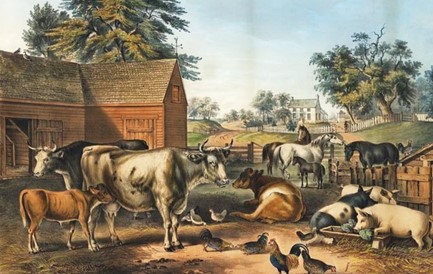 Every family who moved here in the early development of the county had what we would call a small farm.  If they grew it, they ate it, with some bartering among neighbors.  Early farms had cows, pigs, chickens and horses, and grew grain, potatoes and cabbage, along with apple orchards. Commercial farming began as land continued to be cleared and more acreage became available.  We are blessed here with fertile soils and enough precipitation for a healthy variety of crops.

As farms filled the countryside outside of the town then later the City of Erie, farmers could be observed driving along the muddy roads with wagons of produce, butter, eggs or milk to the markets on 12th and French Streets or State Street.  Large milk cans covered with ice or heavy blankets to keep the contents from spoiling would also be driven to the markets. 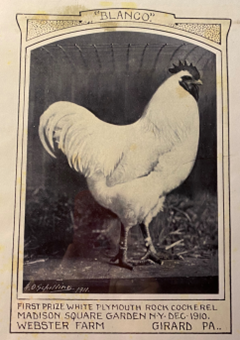 Recycling was a common practice in agriculture until recent times with the proliferation of plastics that we have now.  Butter was produced on farms, placed in pottery crocks then sold to the consumer.  When emptied, the crock would be washed and returned to the farmer for reuse.  Chickens were kept for eggs, meat when the animal was old, feathers for pillows and blankets, and any remains used for cat or dog food. It was the same for milk cows.  After milk was no longer produced by the animal, the meat could be eaten and the hide used for shoes and clothing. Nothing was ever wasted. 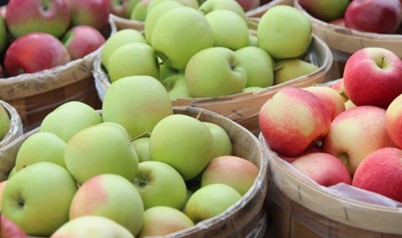 The latest figures I could find for contemporary agriculture was for 2017.  In that year, we had 1,162 farms in the County.  The main crops were/are grains, vegetables, fruit, nursery and Christmas trees, hay, poultry, cattle, milk, pigs, horses, aquaculture, and other animals.  The website www.USDA.gov/agcensus stated that there were 424 “new and beginning farmers” in that year which was great news!

Buy local/eat local is an energy efficient theme and one I have participated in for over 10 years belonging to a CSA (Community Supported Agriculture).  Support a local farmer and you support our local economy.  It is healthy and promotes long life and happiness in us all.