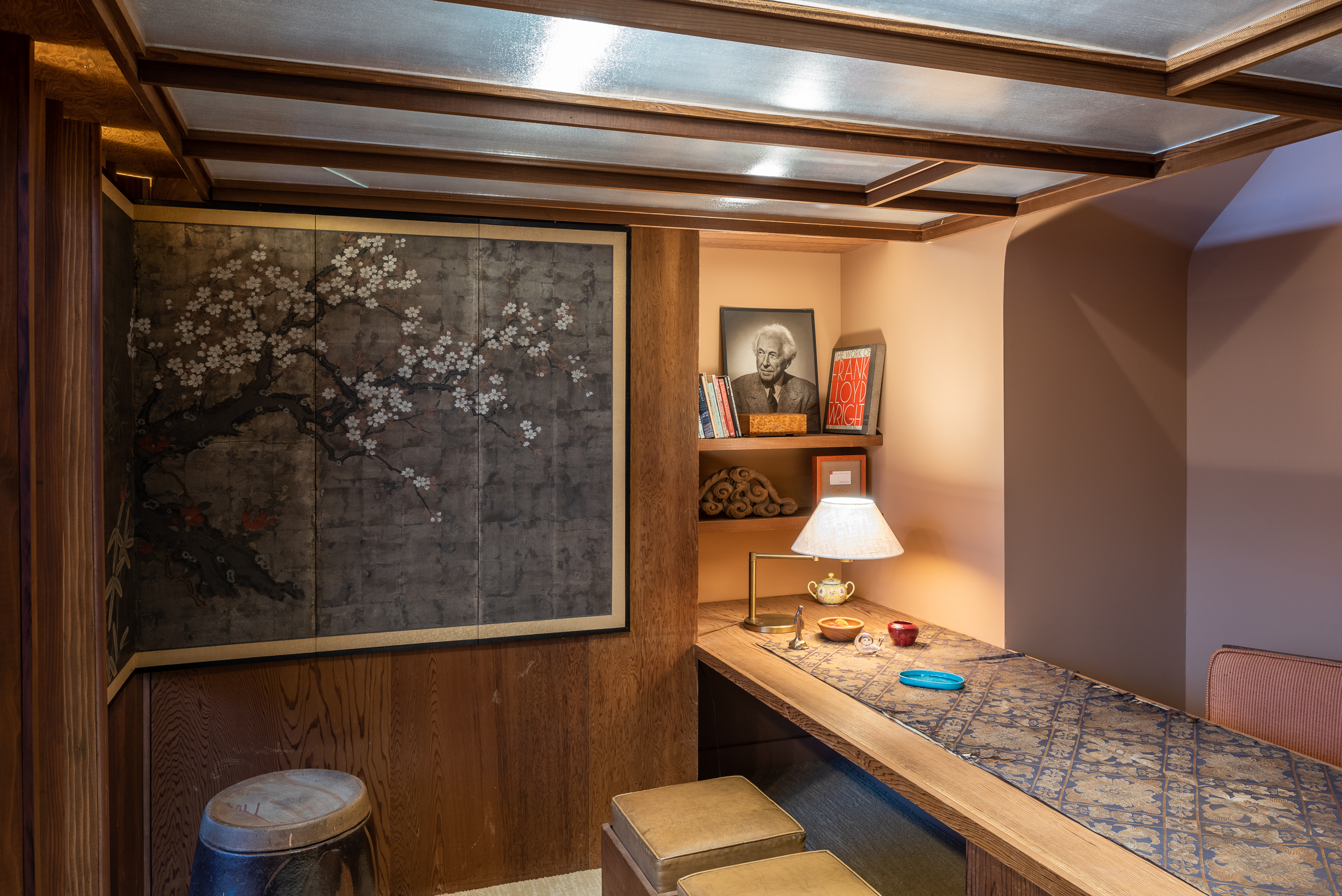 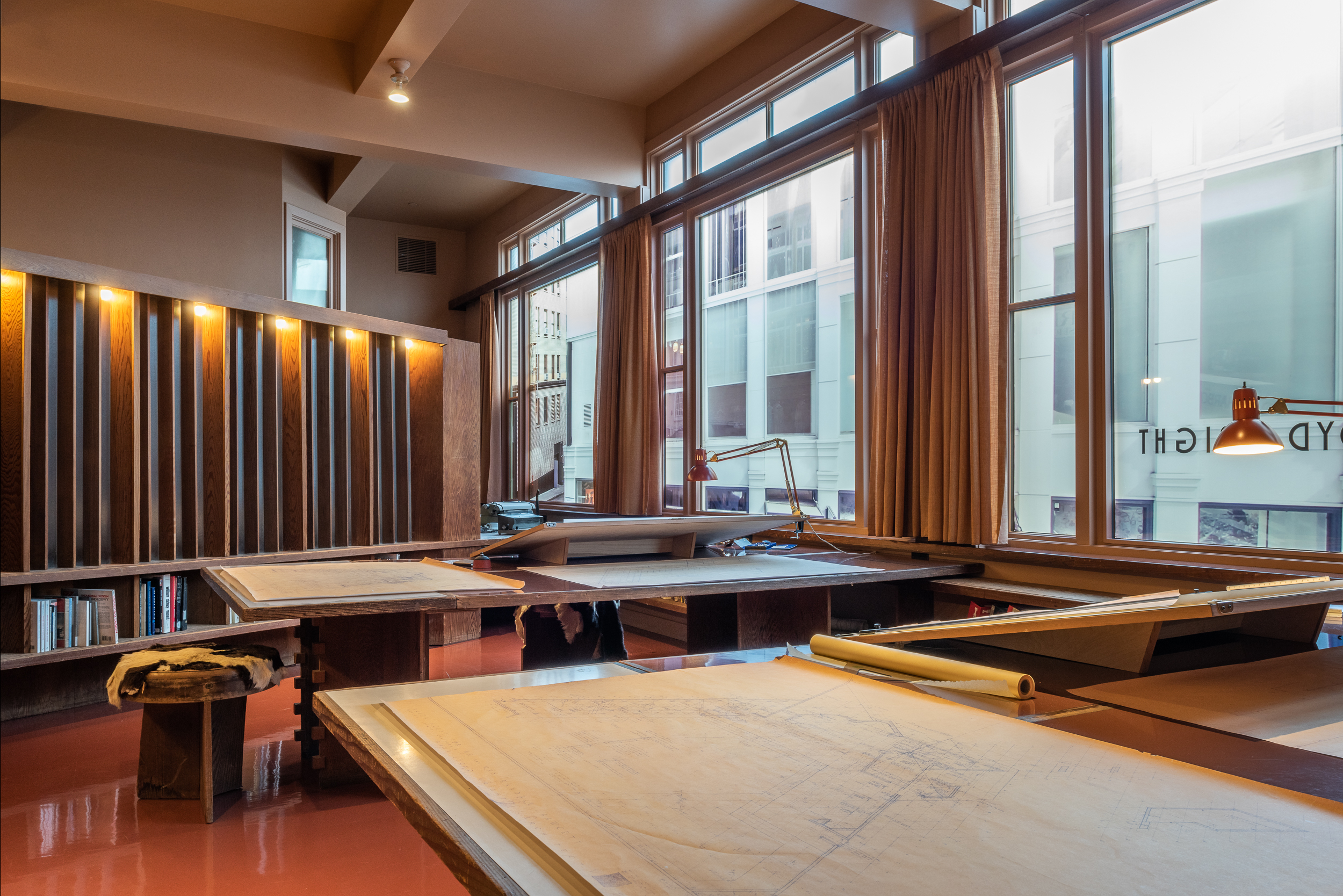 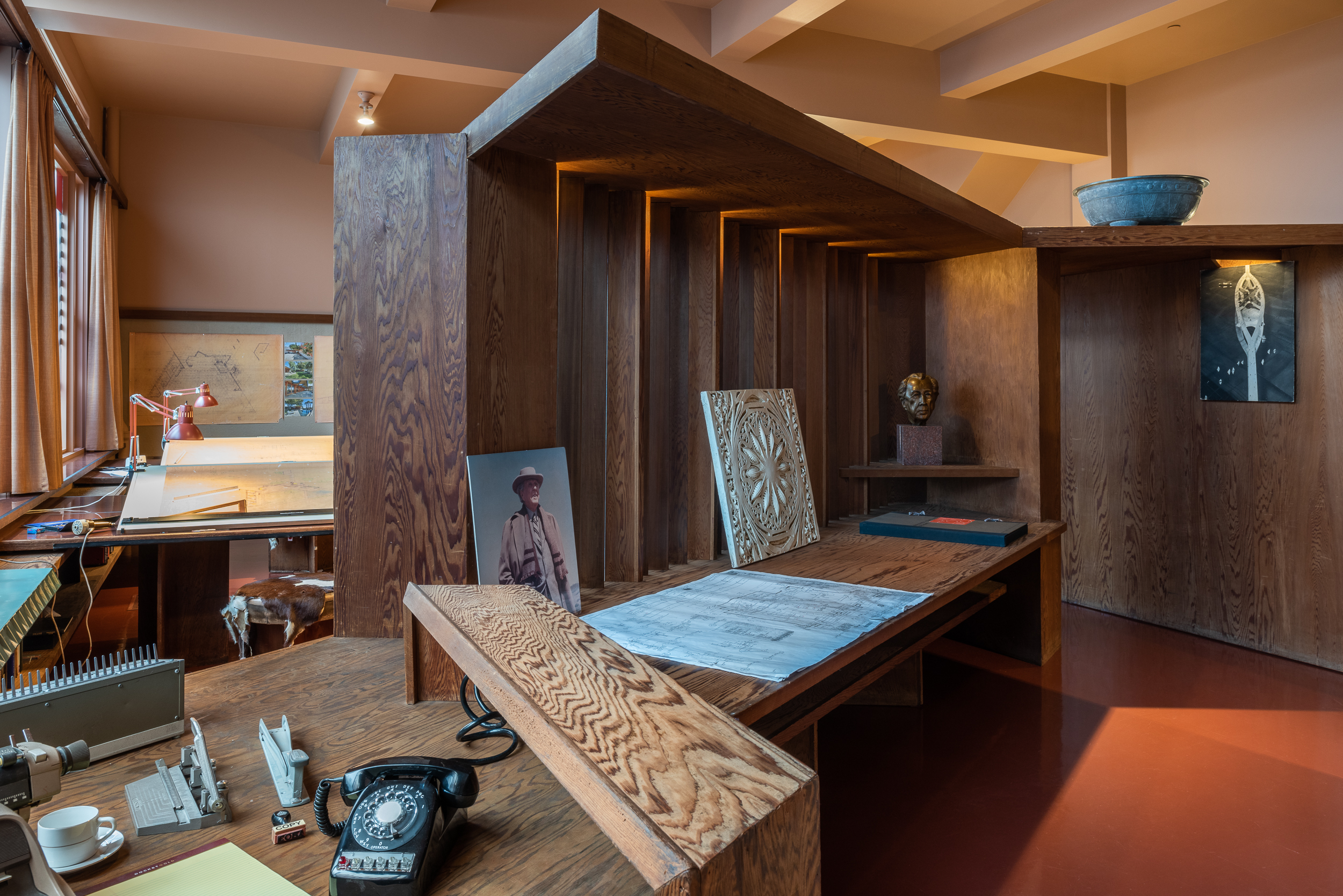 It is available for visitors to walk through for the first time. The world-famous architect’s office is housed in a new, specially designed building at 356 W. Sixth St.

The office is added to the list of public Wright sites around the world. Erie’s Jeff Kidder, of Kidder Architects, and Mike Jefferys, of Kidder Jefferys Construction LLC, handled curation and installation.

The field office where Frank Lloyd Wright worked with his associate Aaron Green was originally located on the second floor of a four-story building at 319 Grant St. and Wright used it for the numerous Frank Lloyd Wright projects in northern California, culminating in the Marin County Civic Center, Wright’s largest commission and only public building at that time.

The office opened in 1951 and Wright used it until his death in 1959. Aaron Green continued to use the space for his own office and as headquarters for the Frank Lloyd Wright Foundation through 1988. At that time, it was disassembled and sold to a collector. It later spent years in the Heinz Architectural Center at the Carnegie Museum of Art in Pittsburgh before finding a home here. There it was behind glass, but now you can walk through it, in Wright’s footsteps.

The entrance door includes a red ceramic tile square. Frank Lloyd Wright used a red square as a signature element on drawings from the earliest days of his career. In the 1950s, Aaron Green asked his mother-in-law, ceramic artist Jean Haber to produce red tiles with Wright’s signature to be attached to his actual buildings, including the Guggenheim Museum in New York, as well as San Francisco area projects including the V.C. Morris Gift Shop and the Marin County Civic Center.

Wright’s designs are often based on geometries of 120 degree angles, allowing smaller rooms to seem more spacious. Walls rise only part way up within and often include screens of vertical louvers with translucent glass in between rather than solid wood or plaster.

As in many of Wright’s larger works, ceiling heights vary to give a changing sense of public and private space. The entry and the drafting room are of a full ceiling height, while Wright’s office is enclosed with a wood and glass canopy to convey privacy and intimacy.

The space is constructed largely of redwood plywood. Wright’s organic architecture calls for details that weave and intersect with each other, rather than simply ending at a common edge, so shelves and louvers are notched together, extending beyond the meeting point.

Cantilevers, a characteristic feature of much of Wright’s architecture, are found prominently, even in this compact office space.

The bowl, pitcher and business card are all from the era when this office was in use.

The windows here recreate the view as seen from the office in San Francisco. The photo is recent, but the street scene has not significantly changed over the years. Drafting tables allow a small team of architects to work on drawings or other architectural documents. Generous shelf space creates room for books, stocked here with titles that may have been in use in the office’s life through the 1980s.

The building plans on the table are reproduced from Wright’s original drawings for the Fawcett House, built just south of San Francisco.

Accounts of Wright’s height generously describe him as 5’8”. This intimate office put him at a small desk close to the wall with just enough room for two visitors. A lifelong collector of Japanese art, Wright most notably built the Imperial Hotel in Tokyo in the 1920s. He sometimes sold works from his collection to make money, though he often used pieces in his own spaces as well. This screen intentionally wraps around the corner to give a sense of continuous, flowing space.

Objects in the Frank Lloyd Wright exhibit area include a photo and model of Wright’s “Butterfly Wing Bridge,” a design for San Francisco Bay that Aaron Green promoted extensively in the 1950s. The 17-foot model of the bridge was designed to connect San Francisco and Oakland across the bay with a monumental reinforced concrete bridge, proposed in 1949. While the bridge was never built, the impressive model was featured in the Bruce Willis film “Die Hard.”

Wright designed it in collaboration with engineer Jaroslav Polivka, the bridge. It was a counterproposal to the steel bridges of the era, which Wright found unsightly. This design culminated in a 1,000 foot-long, 100-foot-high central span, in which the curving roadbeds cantilever outward over the water like wings, supporting a large public park space between them. As in other Wright projects, steel reinforcing rods were embedded within the concrete. The design received a flurry of publicity between 1952 and 1954 when Aaron Green completed the model of the project which had been started at Taliesin. It was exhibited at museums and other public venues around San Francisco and widely published. Although it was never completed, Aaron Green and others believed that it influenced the construction of later less ambitious low-rise concrete bridges across the bay. 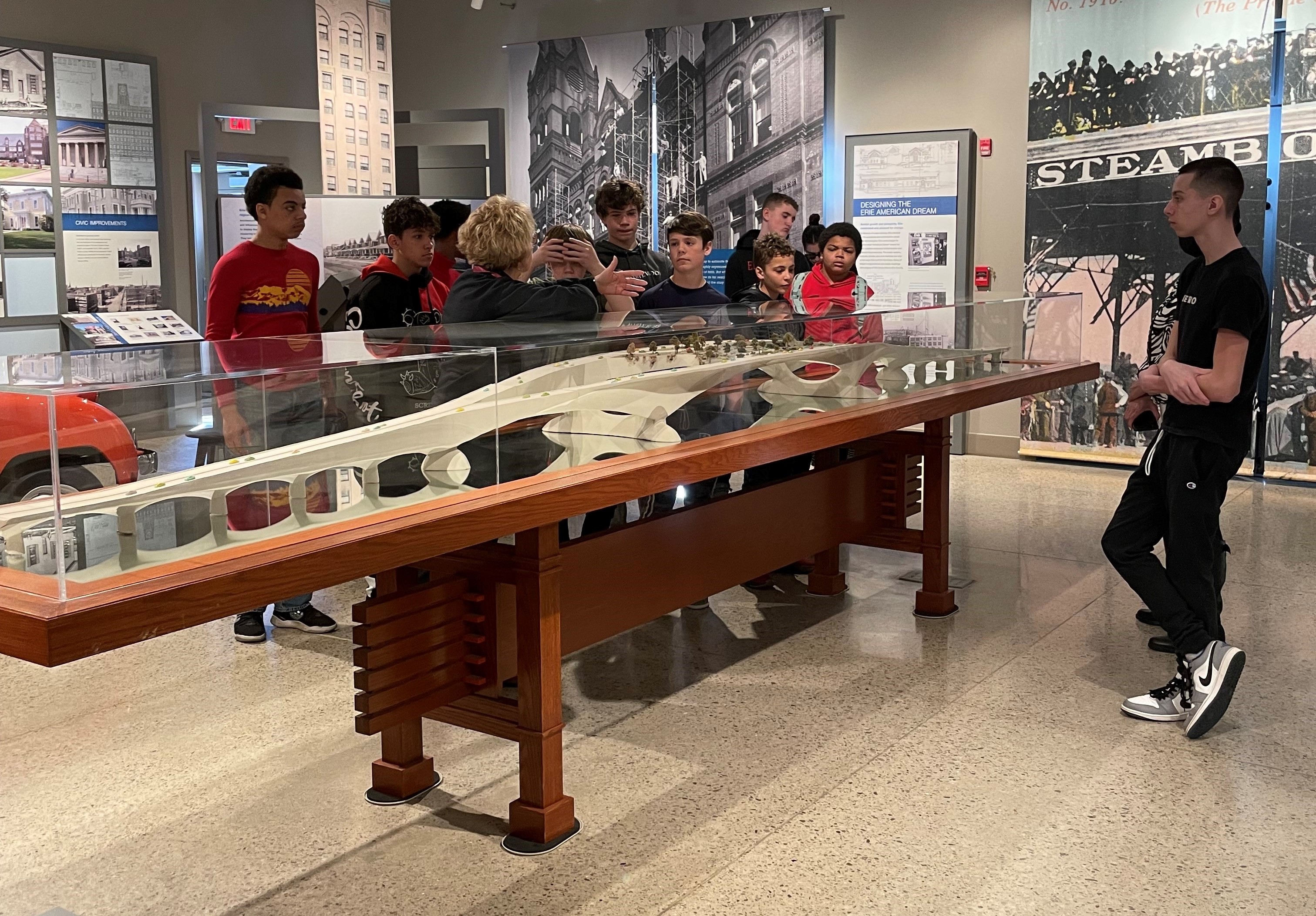