From a historical standpoint, the year 1892 was certainly one filled with events known to most Americans. 1892 was also the first full year the family of Harrison F. Watson, Erie roofing paper magnate, and his family lived in the beautiful West 6th Street mansion, now the jewel of the Hagen History Center campus.

As the 20th Century neared, the United States was still feeling growing pains. Westward expansion was nearing its completion; industry was booming, and the country was in the midst of what Mark Twain dubbed “The Gilded Age.” Like the rest of the world, the Watson family did not live in a bubble. Events of every kind would play out in the world in which they lived. These are just a few.

1892 was a leap year. That calendar adjustment that comes every four years for those who follow the Gregorian calendar when a day is added to February to keep the seasons from drifting. 2020 is also a leap year.

One of the last acts of the Old West was played out on the Kansas plains in October. The infamous Dalton Gang rode into Coffeeville, Kansas, their old hometown, planning to rob two banks simultaneously. Unfortunately for them, they were recognized by townspeople who quickly armed themselves and met the gang as they tried to leave the banks. All but one of the robbers was killed in a hail of gunfire. Emmet Dalton survived and served 14 years in prison. He was paroled and, playing on his fame as an “Old West” gunfighter, moved to Hollywood and became a screenwriter until his death in 1937. 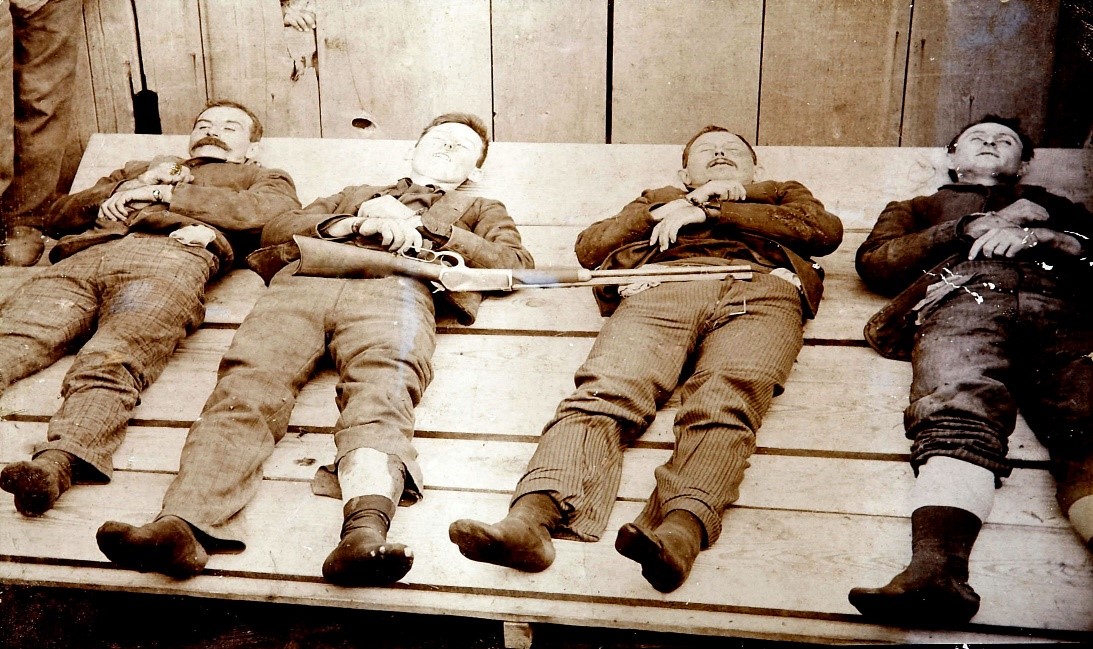 The Pledge of Allegiance, one known to every school kid in America, was written by minister Francis Bellamy and published in The Youth’s Companion. In 1923, the word “the Flag of the United States of America” were added. In 1954 in response to the Communist threat, President Dwight D. Eisenhower encourage Congress to add the words “under God” to the pledge, making the 31-word pledge we know today. Bellamy’s daughter objected to the addition.

In August of 1892, Lizzie Borden murdered her stepmother and her father. At least that is the reason why she was tried and acquitted in a Massachusetts court the following year. On that hot day in 1892, someone, most likely Lizzie, killed Andrew and Abby Borden in their home in Fall River, Massachusetts. The killer did not give them 40 or 41 “whacks,” but both were killed with “an axe-like” weapon. Lizzie was tried in New Bedford, Massachusetts, and was acquitted by a jury. She spent the rest of her life living as an outcast in Fall River. She died of pneumonia in 1927. Today, most experts agree she was guilty.

At Andrew Carnegie’s Homestead steel works in Homestead, Pennsylvania, on the Monongahela River, southwest of Pittsburgh, the fight to unionize Carnegie’s steel mill between The Amalgamated Association of Iron and Steel Workers and The Carnegie Steel Company came to a head that hot summer. Carnegie himself was in Scotland, and with trouble brewing he left the county and the problems at Homestead to his manager Henry Clay Frick. Frick was not a man to be trifled with. Frick ordered a lock-out of the mill and had a wooden wall built around it, dubbed “Ft. Frick.” When the workers broke into the mill to go back to work, Frick sent boats filled with Pinkerton agents in to retake the mill. They were driven off with gunfire from the riverbank with dead on both sides. The Pennsylvania Militia was sent in to restore order. Criticism was heaped on Frick while Carnegie played golf in Scotland. 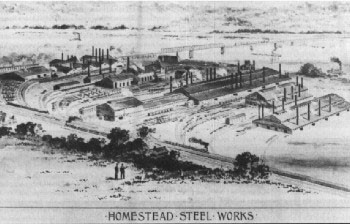 The Abercrombie and Fitch was established in 1892. David T Abercrombie partnered with Ezra Fitch and founded an upscale sporting goods store in Manhattan. The company grew in size and popularity and was the store of choice of notable Americans like Teddy Roosevelt, John F. Kennedy, Cole Porter, Katherine Hepburn and Clark Gable. The store even outfitted Charles Lindberg for his 1927 trans-Atlantic flight. Over the years the company switched to clothing and is now found in shopping malls worldwide. 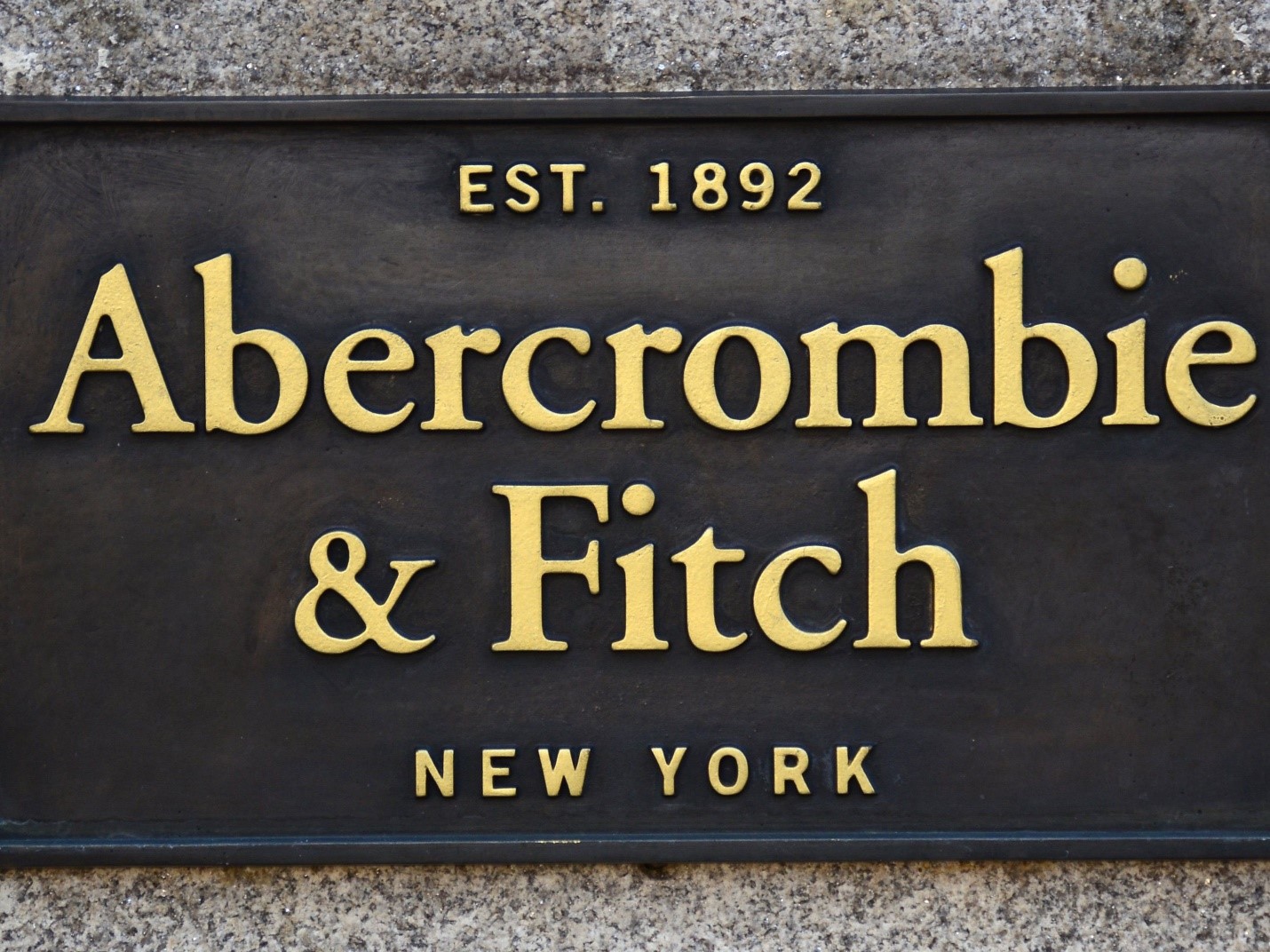 In Springfield, Massachusetts, in 1892, the rules for the game of basketball were published, and the first game was played. Invented by Canadian-American gym teacher James Naismith as a game that could be played inside, basketball has evolved to become one of the world’s most popular sports.

The Great Oil Creek Flood and Fire of 1892 took place in June. Several days of heavy rains had caused flooding, and on June 4, 1892, Oil Creek flooded Titusville, Pennsylvania, and destroyed the gas works there. A dam at Spartansburg, PA, burst, and Oil creek and the surrounding streams were filled with oil, benzene and naphtha. The mixture caught fire and destroyed anything in its path as it headed toward Oil City. When it was all over, 132 people were dead; 75 homes in the city were destroyed. Damage exceeded $1.5 million dollars.

That November, Democrat Grover Cleveland defeated Benjamin Harrison for President, becoming the only one to serve two non-consecutive terms. 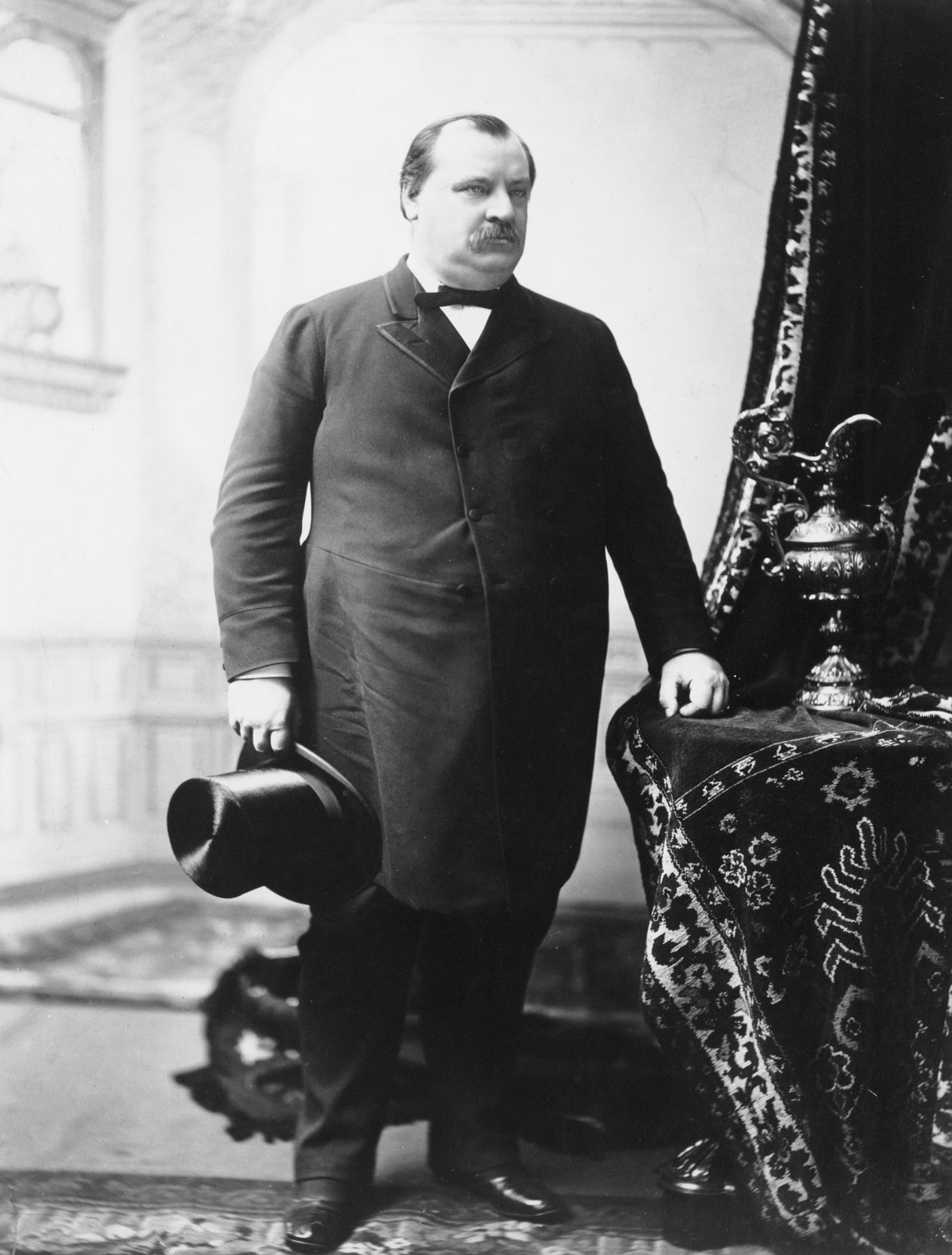