A Page from Erie’s Darker Past: Part I

The Erie County Oyer and Terminer Collection is one of the Erie County Historical Society’s most interesting archival collections. Courts of Oyer and Terminer and General Gaol Delivery were established by the Pennsylvania Constitution of 1790 at the county level to hear and determine capital crimes (murder, rape, treason, burglary, robbery, arson, and others), formerly a function of the Pennsylvania Supreme Court. Housed at Hagen History Center, the original docket books and supporting sessions records reveal a saltier side of Erie than is generally found in public records and are a rich source of material that our ancestors probably wish had been buried with them.

August 6, 1899, Edwin DeWitt Heidler, the second murderer executed in Erie County, was hanged at 10 o’clock in the morning. His court proceedings can be found in the Sep 1897 session, #38. His story played out in real time in the Erie Weekly Gazette. 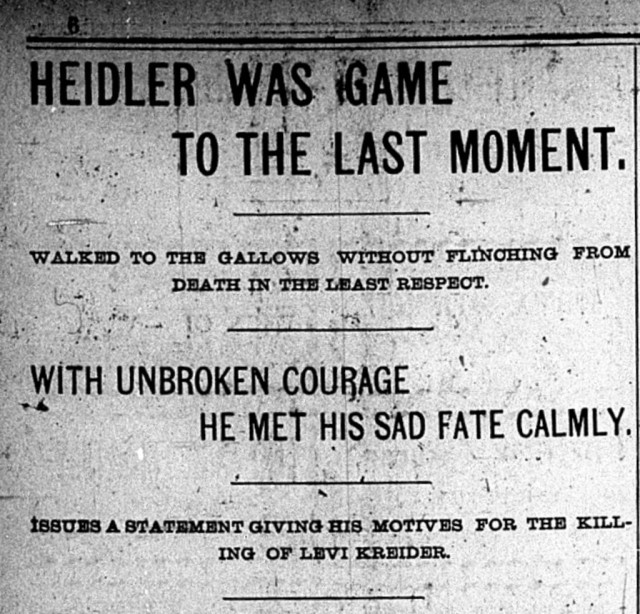 The Erie Weekly Gazette contained a graphic and gruesome account of the hanging (omitted here for propriety’s sake), as well as details of the case as it had unfolded between the murder on the First of May 1896  and Heidler’s hanging three years later.

Heidler’s unnamed mother-in-law was none other than Maria Weidler, housekeeper and long-time friend of John Weis, for whom the old Weis Library is named. 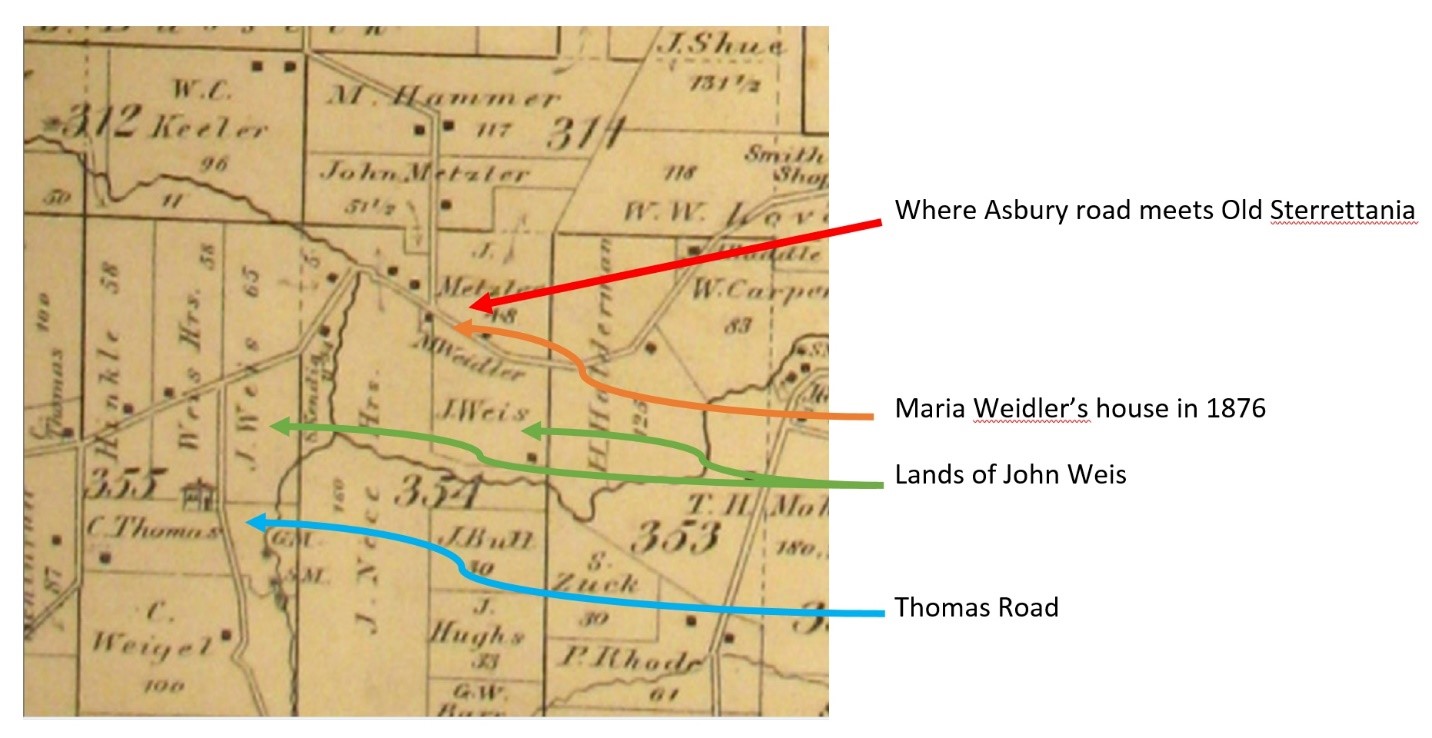 Emmanuel Weidler died in 1859. In his will, whereby wife Maria was to inherit essentially all his property, Emmanuel appointed John Weis executor of his estate, which again points to a close relationship, although not necessarily a familial one, between the Weidlers and John Weis.

Maria moved in with John when Emmanuel died, and kept house for him until her death. Her house at the end of Asbury Road stayed in the family, but the rest of Emmanuel’s property was sold shortly after his death, and it was the wealth from those sales which lay at the root of the evil that eventually claimed Levi Kreider’s life.

An account published the day after the murder, sheds further light on the specifics of the will which drove Edwin to his crime. 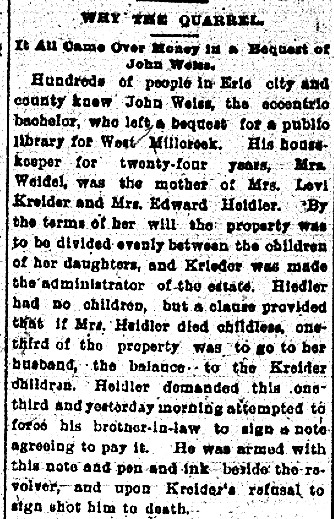 Levi was a likable and popular man in the community, but Edwin…apparently not so much. 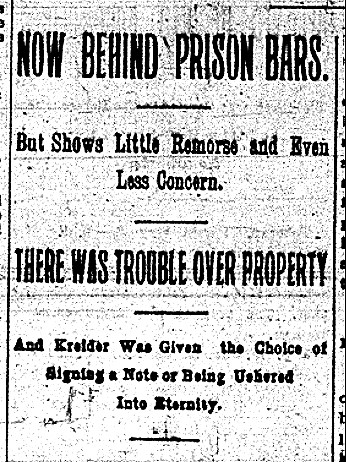 The saddest part of this story, apart from the act of murder of course, is that Levi’s children, the youngest being eight, were orphaned by the murder, because his wife, Maria’s daughter Sarena, had died five years earlier. Of the couple’s eight children, four were living at home when Levi was killed.

It was the custom at the time for a wake to take place in the home of deceased, but the reporter was describing the scene as it was the afternoon of the murder. Certainly the last view Levi’s friends, family, and neighbors had of him was not stretched out on a plain board, laid across two kitchen chairs, covered in clay dust, with his head resting on a copy of the History of Erie County. Still, the reporter paints quite a picture.

Edwin did nothing to hide his guilt and the consensus of the community was outrage. There was an immediate call for a lynching, but justice prevailed and Edwin received his day in court. That day wouldn’t happen for over a year however, because Edwin escaped.

This story was originally published by the author in GoErie’s history blog.