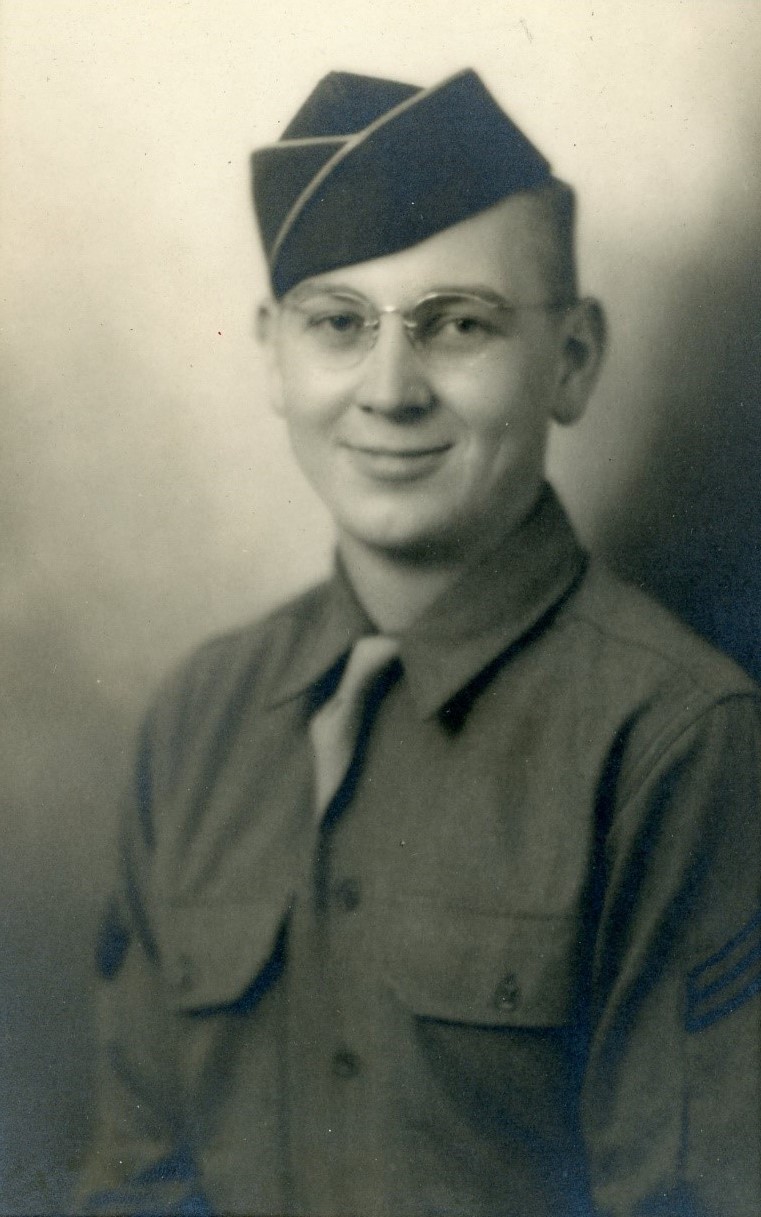 Jesse Salajczyk as a corporal

The story of staff-sergeant Jesse G. Salajczyk of Erie, Pennsylvania, is a sad and all too typical story of loss and sadness in World War II. An exhibit case in the new Admiral Thomas Weschler Military Gallery in the restored Wood-Morrison house on the campus of the Hagen History Center features his story. 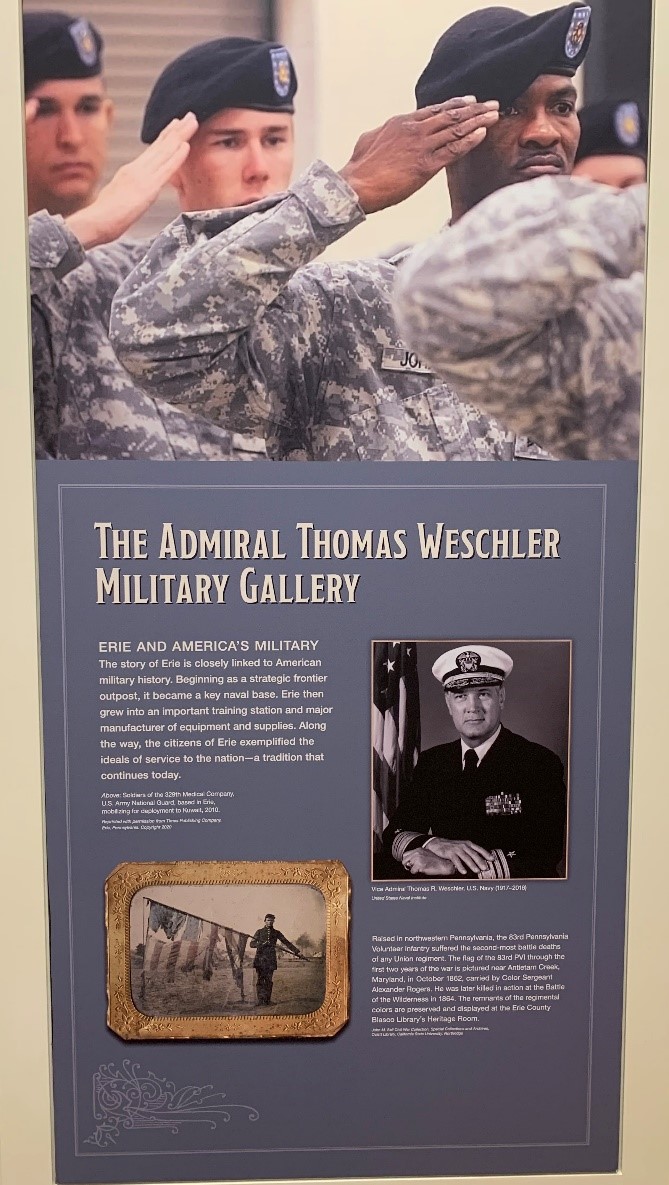 Jesse George Salajczyk was born in Erie, Pennsylvania, on August 20, 1924, to Mrs. Agnes Salajczyk of 148 East 21st Street. Jesse’s father had abandoned the family in 1940 and left the area. Jesse graduated from Academy High School, now Northwest Collegiate Academy, in 1943. 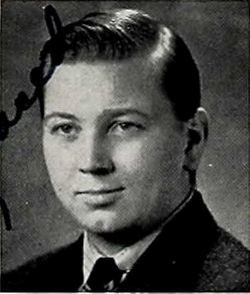 Salajczyk was drafted right out of high school into the United States Army. He had been working in at Aluminum Forgings of Erie as a contractor with the Buffalo Electric Company. Like most draftees, Salajczyk was sent to Europe as a replacement after basic training in Texas and Virginia. Replacements in the WW II U.S. Army were often sent alone to fill in in existing units. In his book Citizen Soldiers, author Stephen E. Ambrose wrote extensively about the replacement system. Replacements were sent first to a replacement depots, called “repple-depples” by soldiers. According to Ambrose, replacement system was a failure on many levels. Instead of being part of an existing unit, replacements came to existing combat units alone. They were often not accepted by the men of their new unit. They lacked combat experience and were often killed or wounded quickly. Many veteran soldiers said they did not want to know their names or get friendly with them as they would not be alive long. Corporal Salajczyk joined Co. C, 116th Infantry Regiment, 29th Infantry Division on October 29, 1944. The 116th had landed at Utah Beach on D-Day, June 6, 1944. The unit had been in combat since that time when Salajczyk joined his new unit.

Promoted to Staff Sergeant on November 23, 1944, Salajczyk was a squad leader when he was killed by German fire on December 5, 1944, while his unit was in Germany on the West bank of the Roer River. Jesse had written a letter to his mother in Erie dated December 1, 1944, stating that he was “somewhere in Germany” and that he was in good health. The first telegram to his mother from the War Department dated December 5, 1944, read as follows: “The Secretary of War desires me to express his deep regret that your son Sergeant Jesse G. Salajczyk has been reported missing in action since Five December in Germany. If further details or other information are received you will be promptly notified.” That typical War Department terse wording must have been extremely hard for Agnes Salajczyk in Erie. The Western Union delivery man was never welcome in the wartime United States. The holidays were about to arrive, and the family just did not know Jesse’s fate.

Not until March 23, 1945, did a second telegram from Washington arrive. This time it read: “I am deeply distressed to inform you corrected report just received states your son Sergeant Jesse G. Salajczyk who was previously reported missing in action was killed in action Five December in Germany. The Secretary of War asks that I express his deep sympathy in your loss and his regret the unavoidable circumstances made necessary the unusual lapse of time reporting your son’s death…” It had been nearly four months since the first telegram arrived. SSGT. Jesse Salajczyk is buried in the Netherlands American Cemetery and Memorial near Limberg, Netherlands.

Am extensive collection of Jesse Salajczyk’s memorabilia was donated to the Hagen History Center in 2018 and will soon be available for researchers to view. This collection contains a large number of uniforms, photographs, letters, the two telegrams and the flag that draped Jesse’s casket at his military funeral in 1945. The flag was sent to his mother in Erie. She never opened it. 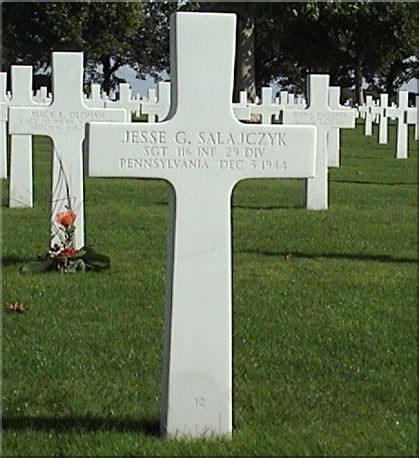