A VOLUNTEER and VETERAN-GREG HENNING

Greg Henning is just one of many volunteers at the Hagen History Center and only one of several who is a veteran. Greg is the focus of  this profile coming during the week when we celebrate all our veterans and Veterans Day.

LTC Greg Henning was born in Erie, Pennsylvania on July 4th, 1954. Upon graduation from Iroquois High School in 1973 he enlisted in the United States Army where he served with the Army Security Agency at Fort Devens as an electronics systems instructor.

He attended the Pennsylvania Army National Guard Military Academy Officer Candidate School and received his commission as a Second Lieutenant in May 1980 and was assigned to the 1st Battalion, 112th Infantry. During LTC Henning 29 years of commissioned service he has function at every level of command from platoon to four-star operations October 2004, LTC Henning was assigned to the Multi-National Force Iraq as the Congressional Liaison Officer for the US Embassy in Baghdad. He returned to Iraq for a second tour serving with the Multi-National Security Transition Command Iraq as the liaison officer to Multi-National Corps Iraq from 2008 to 2009. LTC Henning completed his military career retiring from the Army Reserve in July of 2009.

LTC Henning holds BS in History and M.Ed. in Middle and Secondary Education, Distinguished Graduate from Edinboro University of Pennsylvania, 2013. He retired in December of 2009 from General Electric in Erie after 36 years of service. Currently LTC Henning is a Social Studies Instructor for North East School District, Unit Commander of Compagine LeBoeuf, board member of the Presque Isle Lighthouse, docent at the Hagen History Center, Vice President of Warriors to Washington, and is a North East Borough Council member.

Visitors can see Greg Henning’s uniform he wore in Iraq and learn more about his service by visiting the Hagen History Center’s Admiral Thomas Weschler Military Gallery in the Wood-Morrison House along with many other exhibits highlighting Erie County’s veterans and their service. If a visitor is lucky, Greg Henning might be the docent that day to guide them through the military exhibits there. Thank you Greg for your service and being one of our docents! 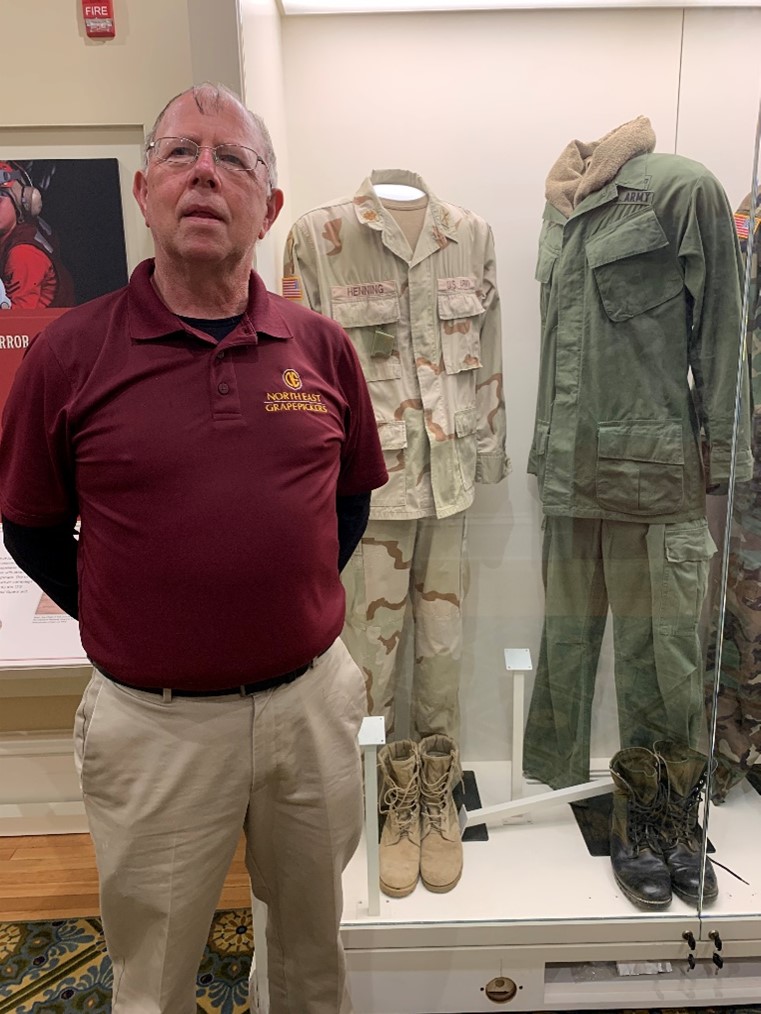 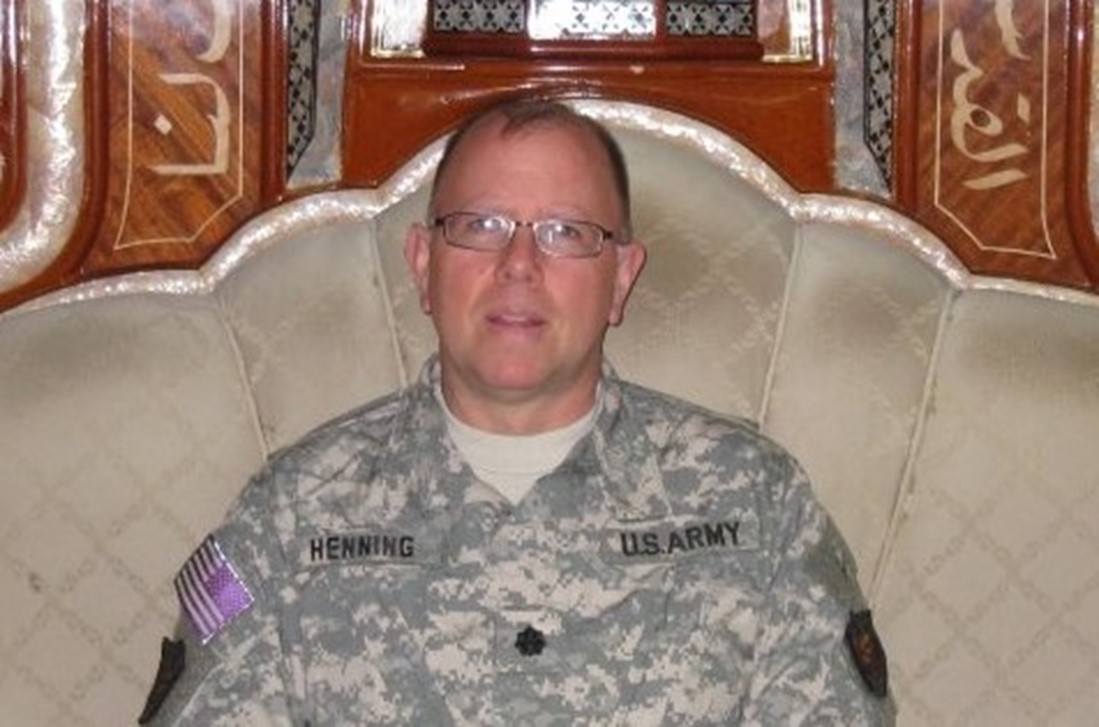