Arthur the Aardvark: An Honorary Erieite 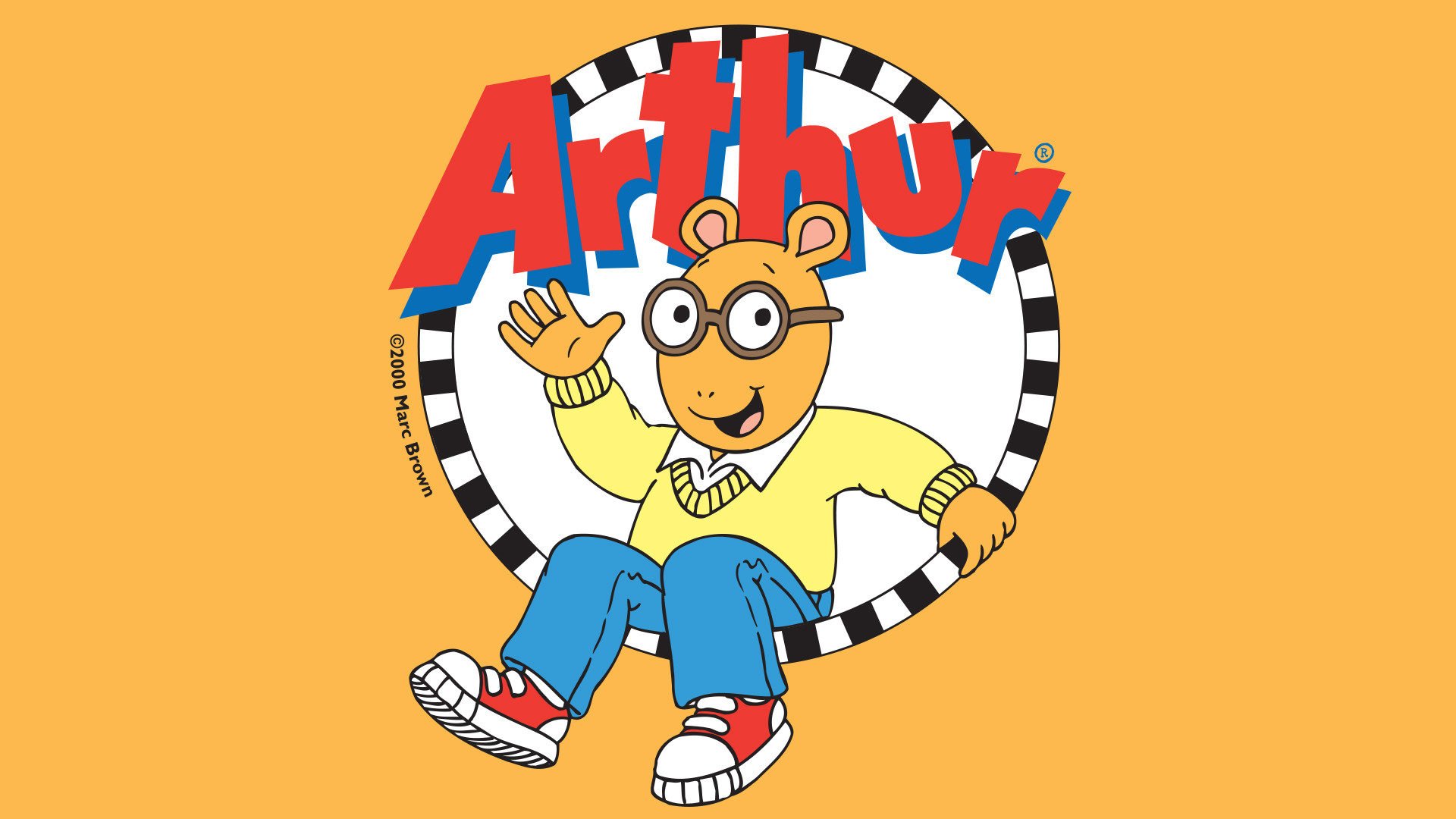 Arthur the bespectacled aardvark is a familiar and beloved cartoon character to generations of children across the United States. Arthur’s books and television show are known for their heartwarming and relevant lessons which is what has made Arthur such an endearing as well as enduring character for children and adults alike over the years. However, what very few know about Arthur is that the creator of Arthur, Marc Brown, crafted Arthur and his world off of his own childhood experiences in Erie, Pennsylvania.

Marc Tolon Brown was born on November 25, 1946 in Erie to Renita Tolon Brown and LeRoy Brown. He is the oldest and the only son in the Brown family. His three little sisters Bonnie, Colleen, and Kim served as inspirations for the character of D.W., who is Arthur’s little sister in the cartoon series. Other family members from Marc’s life also feature prominently in Arthur’s world such as his Grandma Thora who Marc says always told the best stories and encouraged his love of drawing. Furthermore, all of Arthur’s friends in the series such as Francine, Binky, Brain, and Muffy are all based on Brown’s former elementary school classmates and childhood friends. Marc even names Arthur’s school after the elementary school he attended in Millcreek, Lakewood Elementary School. In a 2020 visit to Grandview Elementary School in Erie, Brown spoke on the influence of his elementary school days upon his career when he said, “Lakewood Elementary is forever indelible in my memory and that is where ‘Arthur’ started.” The school is no longer standing but had been located on West 10th Street at the site of what is now Lakewood Park across from Lakewood United Methodist Church. 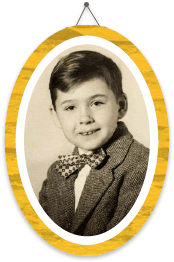 Marc Tolon Brown as a child.

Marc Tolon Brown as an adult. 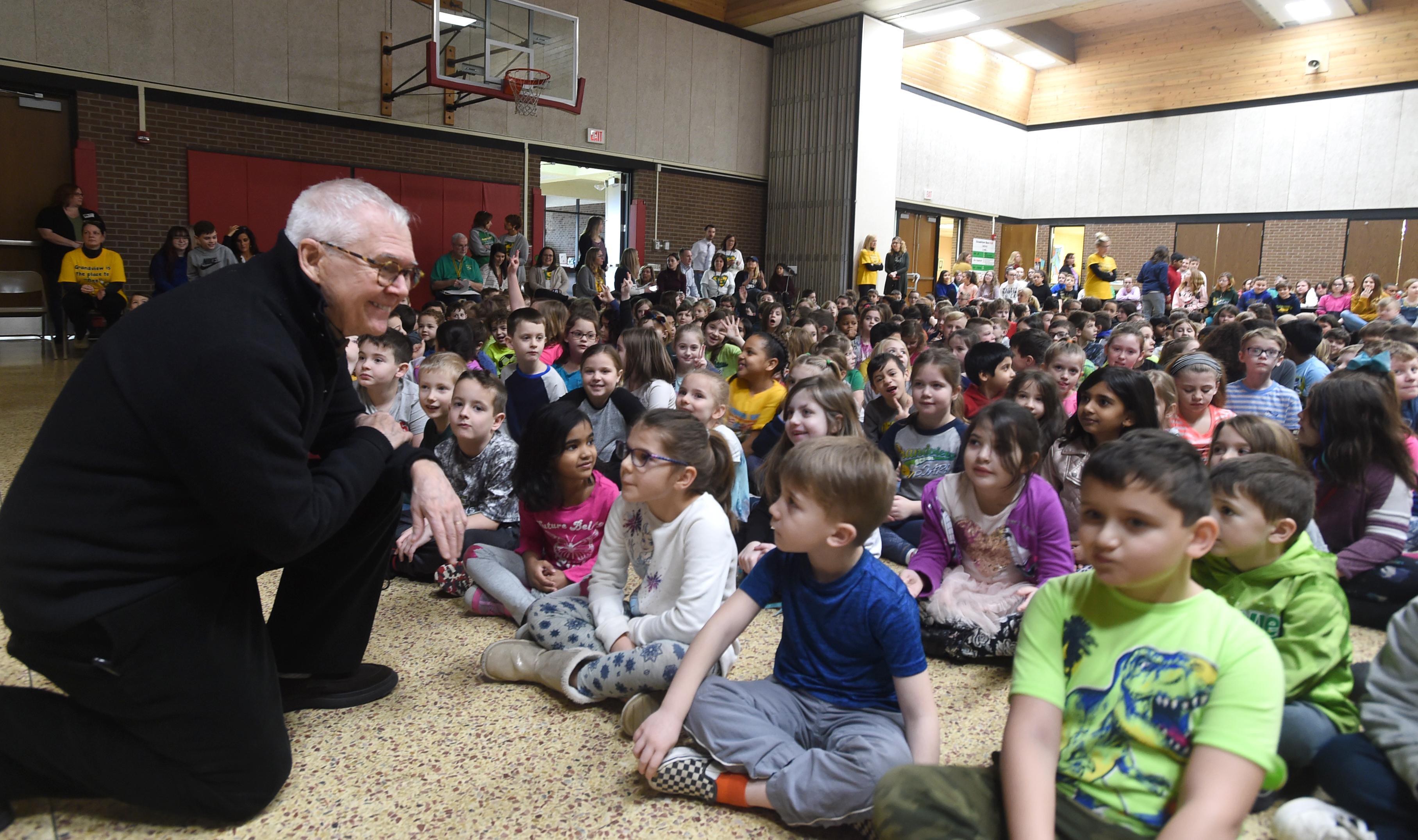 Another formative inspiration for Marc Brown was his high school art teacher at McDowell, Nancy Bryan. She had seen Brown’s artistic talent and suggested after he expressed an interest in painting that he try his hand at watercolors. Bryan trained him on the techniques of watercolors which became his primary medium in his later career as an illustrator. She even arranged and brought Marc to interview with the Cleveland Institute of Art because she knew his parents were not supportive of his career aspirations. During the same 2020 visit to Grandview Elementary School, Marc talked about Mrs. Bryan’s impact on his life when he stated, “She is the reason I am here today. Teachers are more important than movie stars.”

After graduating high school, Brown did indeed attend the Cleveland Institute of Art with support from both Mrs. Bryan and his Grandma Thora who saw his potential and continued to support his endeavors. Once there, he majored in painting despite his desire to become a children’s book illustrator. At the time, illustration was considered the lowest and poorest field within the art world. The art world’s disdain for illustration was so much so that when Brown included his children’s illustrations in his submission for the Cleveland Institute of Art’s prestigious drawing award, he was told by the faculty that it ultimately cost him the award which he otherwise would have won. However, the Cleveland Institute of Art did eventually make amends with Marc when they awarded him the Medal of Excellence, their highest honor, in 2011.

Upon graduating college, Brown took up a number of odds and ends jobs to make ends meet. He took work as a truck driver, short-order cook, actor, and even in the late 1960’s served as the television art director as well as costume set designer for WICU-TV in Erie. Marc’s big break did eventually come in 1969 when he presented samples of his children’s illustrations to Houghton Mifflin in Boston in 1969 and they offered him five thousand dollars’ worth of freelance illustration work. While in Boston, he also worked as a part time art professor at Garland Junior College. It was during this time period that the character of Arthur the aardvark came to fruition. Arthur was born out of the bedtime stories that Brown told to his children Tolon, Tucker, and Eliza. When asked about the origin of Arthur, Marc Brown relayed the story of how one night his son, Tolon, asked him to tell a story about a weird animal and the rest is history. It was not long afterwards in 1976 that Brown penned and illustrated Arthur’s first children’s picture book which he titled Arthur’s Nose. It was a massive success and won the Children’s Choice Award from the Children’s Book Council. Based upon the first book’s success, Brown began to work independently and has written over one hundred Arthur books in the past four decades. The character of Arthur has even gone on to star in his own hit PBS television show which has been running since 1996 with its twenty-fifth season set to air in the fall of this year. Marc serves as executive producer for the show alongside his son, Tolon, who first inspired the character of Arthur and now works as an assistant producer. He has won numerous awards throughout the years for his television show and books such as multiple Emmy Awards, the Peabody Award, and the Library of Congress Book of the Year.

Today Marc Brown can be found working on future writing projects on his large historic property in Martha’s Vineyard, Massachusetts. When he is not writing or contributing to Arthur’s PBS show, he tours the country as a speaker at schools, colleges, and prestigious institutions across the country. As part of his national engagements, Brown has always made it a point over the years to return and give back to his hometown through his visits to Erie schools, libraries, and museums. Through these visits and numerous interviews, it is clear to see that although Marc Brown no longer resides in Erie that Erie has remained with him. Erie and his childhood here have become prominent fixtures in Arthur’s world which means that millions of children have now come to know and share in Brown’s love of Erie through the recreation of his memories in the character of Arthur. Arthur, therefore, ultimately encapsulates the very best of Erie and deserves to be called an honorary Erieite for his part in showing the world the hometown values and neighborly attitude that have always been at the heart of what makes Erie such a wonderful place to call home. 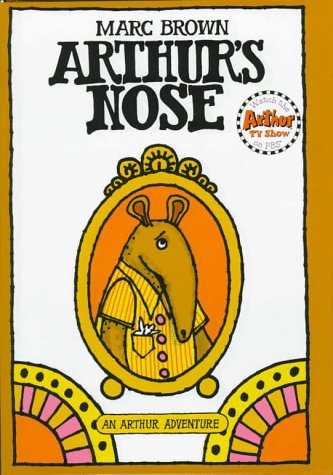