Most suits in the early 1900s consisted of three pieces: the jacket, the trousers, and the vest also known as a waistcoat. Men would wear a morning coat during the day, and then switch to a tailcoat in the evening. Their trousers would match the jacket. Tall stiff collars also became popular at this time. 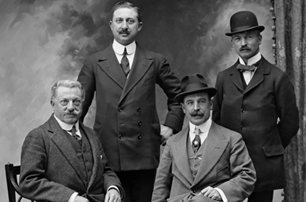 By 1910 suits were becoming simpler and fabrics were lighter. Outfits consisted of straightforward double-breasted jacket and straight trousers. Button down shirts were pastel and striped, with a rounded collar complimented by a silk tie. To tie the whole outfit together, men wore a boater or gambler hat, along with two-toned boots.

The 1920s saw slimmer and brighter suits come into fashion. Instead of the usual black, grey, or navy we begin to see white and other more vibrant colors. The shoulders of the jacket would begin to slope more due to the disappearance of shoulder pads. Silk ties would also be replaced by knit ones, and bowties would become popular.

Button down collars would still be in style at this time, but detached collars became a big thing. Like the jacket, shirts also became more colorful. Collars would go from rounded to a more pointed end. With lower waisted trousers came belts instead of suspenders. Befitting hats also were a huge asset to any proper outfit. 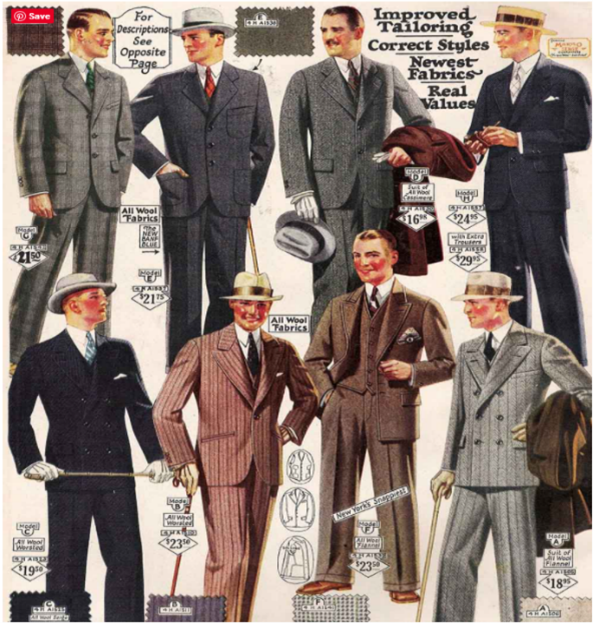 Tune in next week for the continuation of men’s clothing!