The Curtze Family Leadership Giving Circle, first established in 2013, is a special group of people who are passionate about Erie County and its history. Members of the Curtze Circle are leading stewards of our region’s treasures by supporting the mission of the ECHS.

The Curtze Circle recognizes donors giving over $1,000 annually to ECHS or $500 annually for donors under the age of 40. A total of thirty-one individuals and businesses joined the Curtze Circle in 20198-19 and additional members are expected.

On Wednesday, May 22, a cocktail party was held at the newly renovated Wood-Morrison house from 5pm-7pm. Executive Director George Deutsch spoke to the group about the vision and generosity of Mr. Hagen for the ECHS. In addition, Tim NeCastro, CEO of Erie Insurance, spoke about how Mr. Hagen is working on a resurgence throughout the city.

The Curtze Circle also offers special events for members only, such as a behind-the scenes tour of the Hagen History Center Campus in June, an Otters or BayHawks game in October, and tour of the historic Warner Theater in March 2020. This is in addition to the Annual Meeting for all members in July and the Holiday Party in December.

Curtze Circle members can also host a private 4-hour event on the campus in the Watson-Curtze Mansion or Wood-Morrison House. You can join this special group at any time during the year. 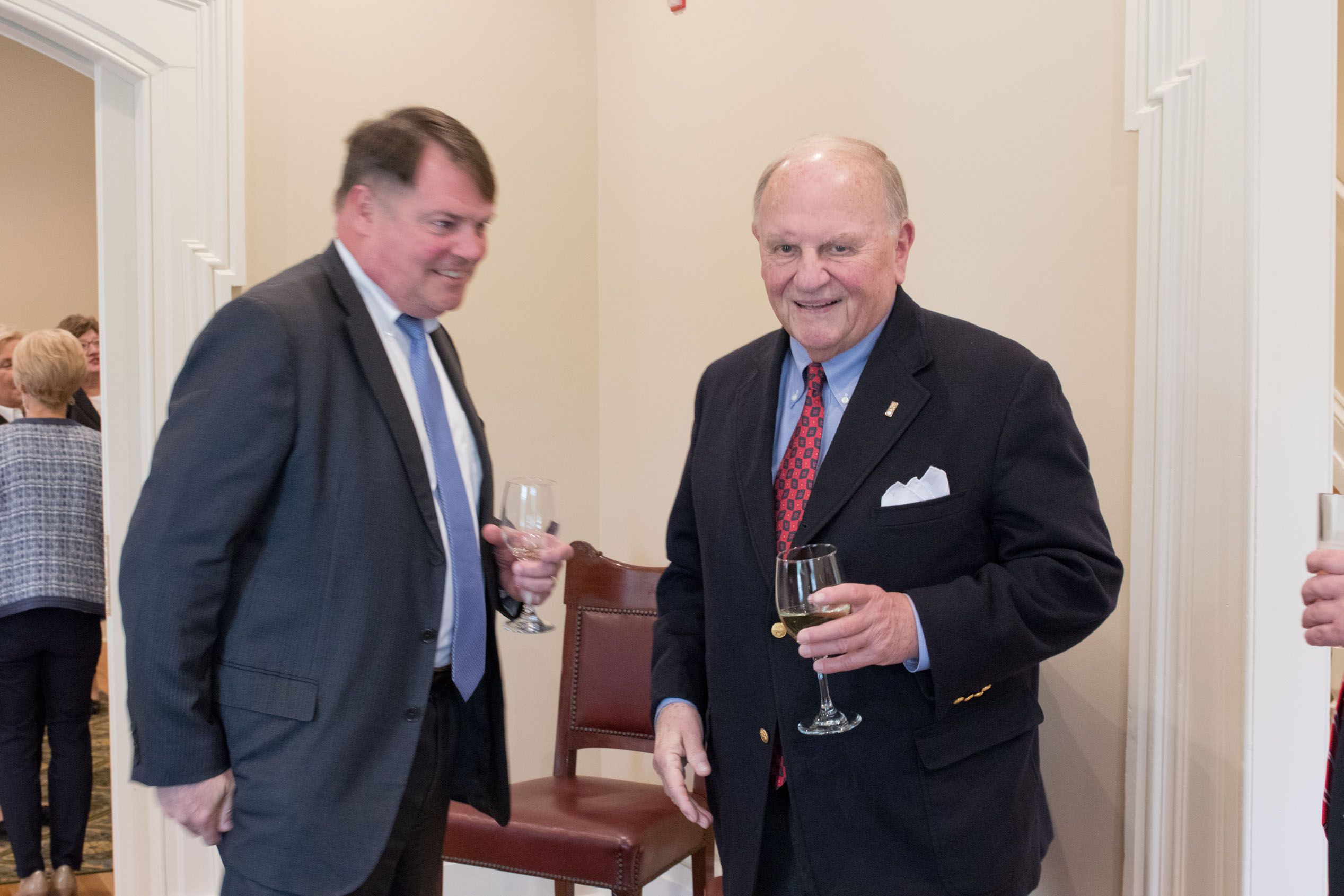