Erie’s Pioneer Days: It Wasn’t Always About the Men! 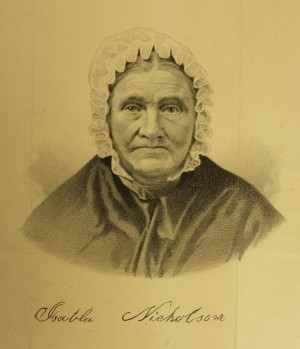 The Nicholsons of Millcreek were among the earliest settlers of Erie County. Irish immigrants John and Isobella Nicholson, so the legend goes, arrived in Erie, on horseback, bundled infant son in tow, in the spring of 1797, and, in true pioneer spirit, cleared a piece of land for themselves on the ridge above the lake (later clearing a road all the way into town), planted crops, operated grain and lumber mills, opened a tavern, and were instrumental in the construction and establishment of more than one of the area’s earliest church.

The Erie County Historical Society’s extensive collection of Nicholson family papers will be available to researchers once the Hagen History Center opens again. The documents housed in the collection paint a detailed picture of life in early Erie County as seen through the eyes of the Nicholsons and reveal the great impact this family made on Erie’s settlement and development.

When John died in 1828, the community lost a popular and highly regarded agricultural and civic leader and Isobella lost her life partner and financial support. The newly widowed fifty–four year–old mother of eight did not, as was the custom of the times, seek shelter and security for her children by promptly marrying again. Instead, she dug her heels into the soft clay earth of her husband’s farm and built herself a new home: a large one, made of brick, some formed by her own hand in her own mold. It is a house which was called home by six generations of John and Isobella’s descendants. Although no longer owned by the family, it will likely forever be known as ‘The Nicholson House,’ built on a foundation of spirit and fortitude, standing gracefully and ever steadfast, at 4838 West Ridge Road.

The house was constructed in 1835. While there is almost certainly a grain or two of truth in the beloved lore which says Isobella crafted the bricks herself, we know her son, Andrew Nicholson, contracted with local brick maker Simeon Dunn, for the bulk of the material. The original articles of agreement between Nicholson and Dunn provide a snapshot of early Erie commerce, including the price of bricks!

1835 Receipt of payment for Dunn’s bricks 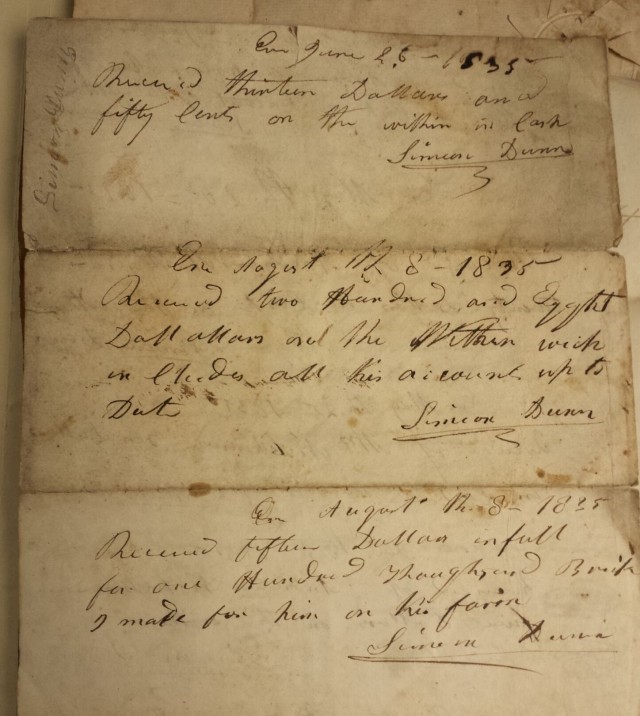 This original receipt for the payment of Dunn’s bricks was found in the Nicholson Collection;
Erie County Historical Society Library & Archives, Erie, Pennsylvania.

Isobella designed the twelve room house herself, and financed the building of it with her own savings. With the aid of her sons, she operated John’s farm and continued to buy property up until her death, with hard work, undeniable heart, and savvy business transactions like this 1851 deal she made with Franklin Canal Company, granting them right of way to build a railroad through the northern portion of her Ridge Road land. 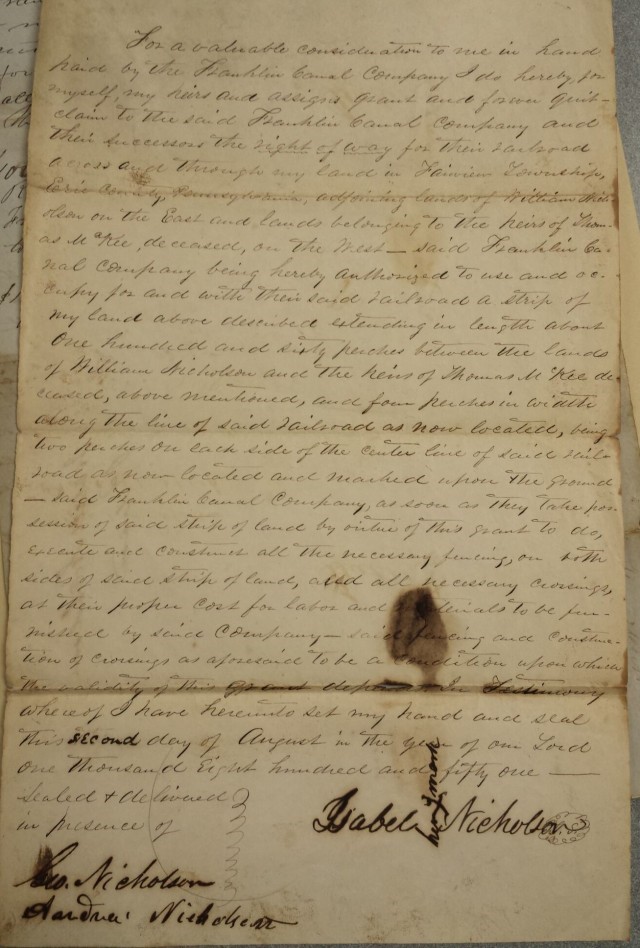 Isobella was a literate woman, again, unusual for that time period. This document, containing Isobella’s signature, was signed by her on the day of the contract, and witnessed by her son Andrew, and brother-in-law George. Another original would have been given to Franklin Canal Company. It was not recorded at the Erie County Courthouse.

Isobella died on Christmas Day, 1866, at the impressive age of ninety–three. She rests alongside her beloved husband John, in Asbury Methodist Church Cemetery, having earned her place in the annals of Erie County’s history.

Mrs. Doris J. Nicholson, wife of John and Isobella’s grandson George E., worked diligently for many years to achieve National Register status for the Nicholson house. Her application and notes, as well as the documents shown here, are preserved in the Nicholson Family Collection, personal papers, photographs, and other archival material belonging to John and George Nicholson and their descendants, Erie County Historical Society, Library & Archives, Collection no.2010.59, Hagan History Center, Erie, Pennsylvania. This article draws heavily on a piece written by the author that was printed in the  Erie Times News History Blog (2016).