This is the diary written and recorded exactly as written by:

Clara’s family were German immigrants; research has not yet determined how many were in the family.  But there is an extensive list (to be posted later) of people in the diary which includes her family, friends, teachers, and other adults whose lives influenced Clara.

The excerpts will be presented exactly as Clara wrote them on the pages of her brown paper bag diary which had metal clips to hold it together.  It begins in March and ends in June.

got suddenly sick it was during the coming of a storm.  She called me and went in the bedroom so fast

I am getting always worse.  I ran out and told Minnie for the rest were upstair.  We hurried and got the

doctor.  I could not sleep the whole night long.  I was crying terrible.

June 16 Mon Papa did not work on account of mama.  I had to go to school in the morning for singing.  It was a cold and dreary raining morning. In the afternoon Mrs. Kubet came and peal the potato for me. Papa and I slept a little while. She was pretty bad and we wanted and so did she Dr Gray but papa did not wanted to  Minnie and I was crying in the afternoon because she thought she could not get

any better.  I could not do nothing all day.

June 17 Tues  papa went to work and it was a very nice day but cold.  Mamma  seem to feel a little better.  In the afternoon Mrs. Fletcher brought her flower. Otto got his commencement pleasant

from Leo and Mr. Fletcer.   I tired on both of my dresses in the afternoon.  In the morning I went to the Chinaman and got Etta collar for the first time.  In the evening we went to Commencement of 1902.  Willie came up and took care of mamma.  From Sunday evening there always was a mouse in our

house and Tues. Billy tired to catch it Mamma felt terrible to think she could not go to see Otto graduate.  We all went except Billy mamma Leo and Jane.  This day did not seem so pleasant as

when Emma graduated     I suppose it  was because mama was sick in bed.

June 18 Wed Mamma was feeling better.  It was cool and pleasant.  I spent most of my time with mama.  I read a little She was still in bed.

June 20 Fri. It was pleasant but I did not go anywhere but by my mother In the evening Anna B. came over

June 19 Thrus.  It was pleasant In the afternoon Emma and I went to the Greenhouse  on 25 and Ash Sts. And bought 50 cents worth of gyranium and 25 for carnation for mama.  It was last day doctor Hall came.

June 21 Sat  It was pleasant.  It was the first time that mama stood up since Sunday night.  Mrs. Keller and Mrs. Fletcher were over.  Mama did not stay up very long.

the afternoon  In the evening I was with mama. 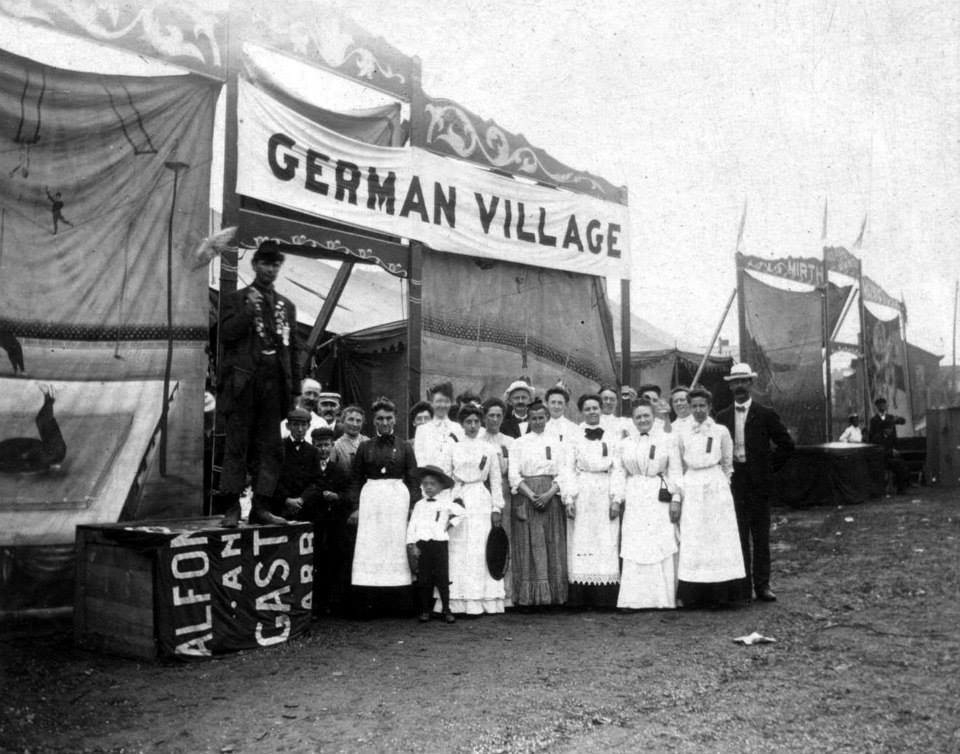