Happiness & Long Life for All Its Residents #34 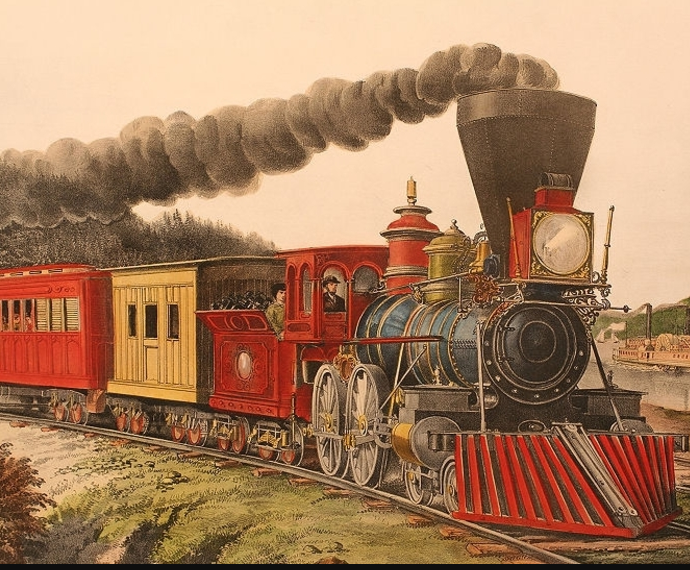 I will admit it publicly, I like trains.  I like everything about them.  As a real train lover, I have taken Amtrak many times (even in a sleeper car) and stayed at a Railroad enthusiasts’ Bed & Breakfast in Cresson, Pennsylvania, near the Horseshoe Curve – fabulous if you don’t like to sleep; a bit loud.  As an Erie city resident, I enjoy hearing the many trains that still travel through on the busy route between Chicago and New York City.  To me they are an efficient means of transporting freight and as a passenger, a civilized way to travel.

The residents of Erie in the past haven’t always had a civilized way of dealing with the railroads though.  One incident that comes to mind is the infamous Gauge War which began in 1853.  The national news presented Erie residents as barbaric destroyers of the new technology that was hoped to link the country instead of pulling it apart. 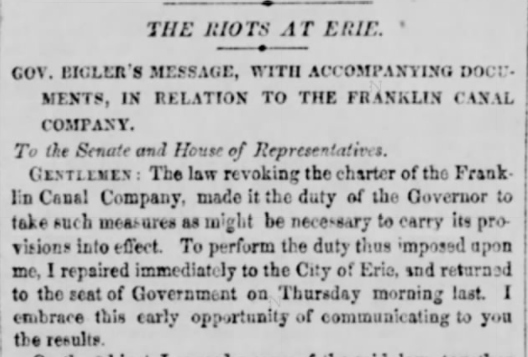 The problem:  The gauge, or width of the train’s wheels was not yet standardized nationally.  There was no national system of one railroad company, but instead many small companies were created with local interests.  In 1842, the Erie and North East Railroad began laying track from Erie to the New York State border with a gauge of 6 feet. This line eventually went to Buffalo, connecting the system to New York City.

In 1849, the Franklin Canal Company built a railroad to Erie along the route of their failing canal system, north to Lake Erie and south to Pittsburgh with a gauge of 4 feet, 10 inches.  Hopes were high that Erie would become THE lake terminus growing the city bigger than Buffalo or Cleveland.

The first passenger train blew its whistle in Erie in 1852 and life was good for residents. Twice in Erie County, once in Harborcreek and once in the city, passengers and freight would have to be off loaded onto wagons and stages and then brought to another rail line because of the gauge difference.  Along the way, money was spent on that transportation, food was purchased, and sometimes people had to spend the night here delaying their trip.

Eventually, with the consolidation of several of the railroads and the profits hoped to be gained by those big companies, gauge standardization became the norm.  What about the local profits and the growth of the Erie area?

Erie’s solution:  There were two groups of people in the community, those who supported the railroads (they usually had a financial interest to see that happen) and those who didn’t (same reason).  This second group took matters in hand and on December 7th, 1853, tore down the railroad bridges over State and French Streets.  They also removed track across every street east of Sassafras Street in the city.  Another group tore up tracks in 3 places near the Harborcreek station and on December 28th, a pistol fired by a train conductor slightly wounded 2 citizens.  The war was on! 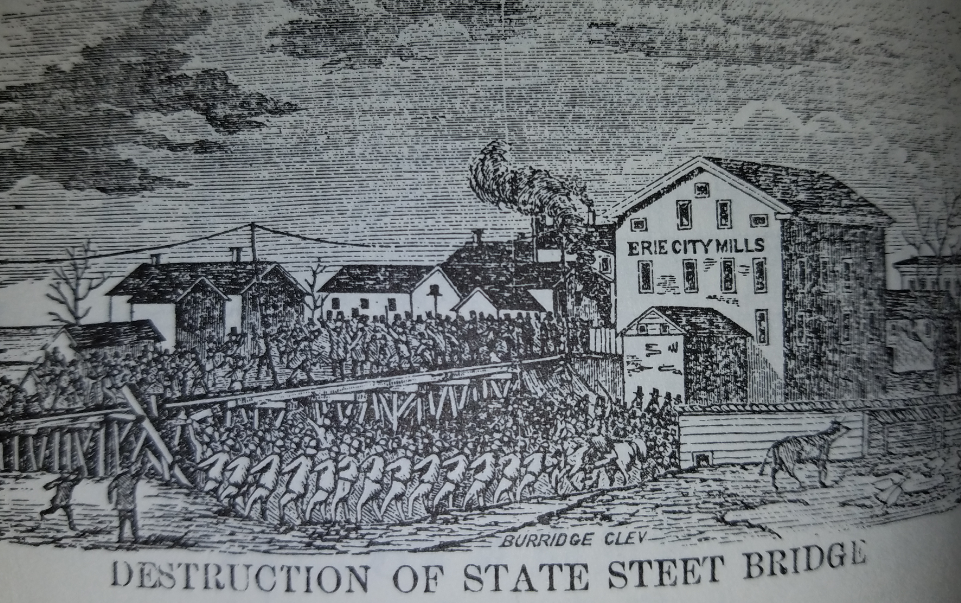 Horace Greeley, one-time resident of Erie and editor of the New York Tribune, wrote: “Let Erie be avoided by all travelers until grass shall grow in her streets, and till her pie-men in despair shall move away to some other city.” 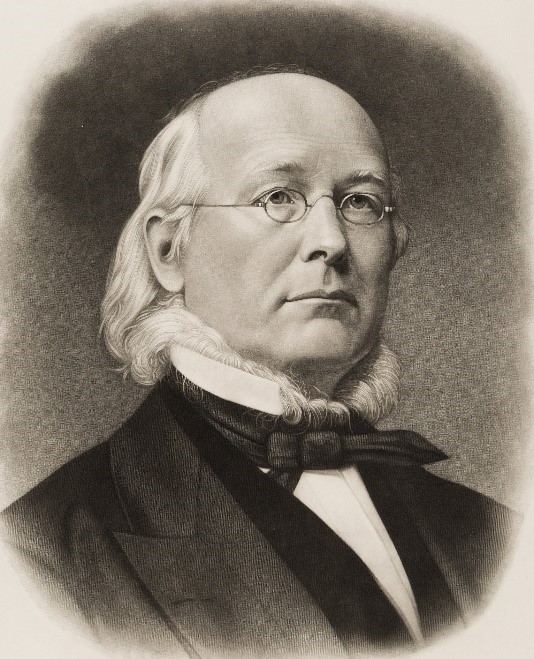 Greeley, not a fan of Erie.

For about 2 years, track removal and disruption of the rail service continued in Erie County until the state stepped in sending law enforcement and property damage repair.  Other affairs of national interest became bigger headlines in the newspapers and the war eventually “ran out of steam” in 1856.

If you enjoyed this brief synopsis of this fascinating story, please go on-line for many examples of more detailed information of the Gauge War.  I not only love trains but the people who make Erie home, even though we can sometimes be a rough crowd.  Maybe for the long-life and happiness of all, we can remember to be kinder and gentler to those folks who share our community history and live in this beautiful corner of the world.