Happiness & Long Life for All its Residents #83

Last week’s retelling of the burning of the Steamship Erie (please look for blog #80 if you missed it) had me looking through old newspaper accounts. When I saw the names of Henry and Israel Vosburgh who were employed on board as a cook and waiter respectively, I had heard of those names before and knew exactly where to look.  In 1996, the book “Journey from Jerusalem – An Illustrated Introduction to Erie’s African American History 1795-1995 by Sarah S. Thompson with additional research and essay by Karen James was published. In it is a wonderful account of this prosperous black family as well as many others. Unfortunately, the book has been out of print for a while. There is talk from time to time here at the Historical Society about reprinting, which I feel is important. 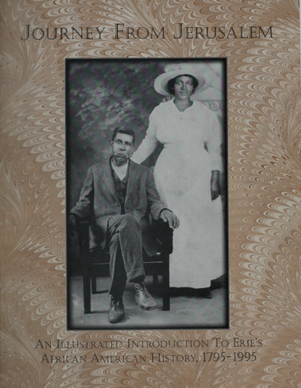 In 1818, Albert (originally from Kinderhook, New York) and Abigail (from Taunton, Massachusetts) moved to Erie as free blacks and became the first of Erie’s black middle class.  Albert was a prosperous barber and member of the Pennsylvania Abolition Society.  He worked with Hamilton Waters (grandfather of Harry T. Burleigh) giving haircuts, food, clothing, and money to fugitive blacks coming through our area before the Civil War.

Nine children came from the marriage of Albert and Abigail: 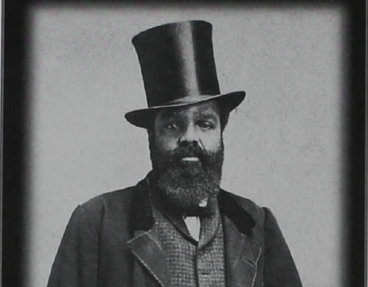 Son Albert, pictured above, had a barber shop on North Park Row in Erie.  He also owned property throughout the city and resided at 314 French Street (site of the Modern Tool building today).