Happiness & Long Life for All its Residents Christmas Edition 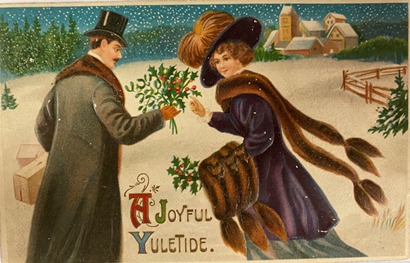 Christmas card from the collection of the Hagen History Center

As I begin the process of clearing my desk for a fresh beginning in the New Year, I found a cookbook buried.  Printed in 1885, it is a “Cookbook of Tested Recipes prepared by the Ladies of the First M.E. Church, in Erie, PA”.  My Christmas gift to each of you, my gentle readers, is a reprint of a few of the recipes from that book.  If you attempt these seasonal favorites, please let me know. They are certainly different!

Plain Gingerbread
One cup of molasses, one-half cup of sour milk, one and one-half cups of flour, one egg, one teaspoonful of soda, three tablespoonfuls of melted butter.

Candied Pop Corn
Put into an iron kettle one tablespoonful of butter, three tablespoonfuls of water, one teacup of pulverized sugar; boil until ready to candy; then put in three quarts of nicely popped corn; stir briskly; take kettle from fire; stir until cold. 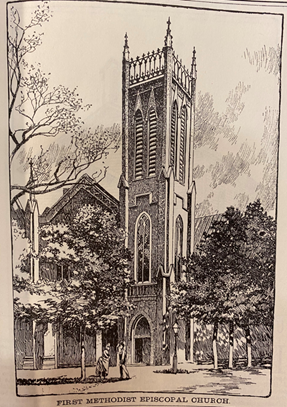 Happiness and Long Life to all my readers, no matter where you live!    I pray you stay safe, have good health and peace in the New Year.