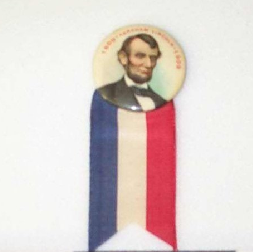 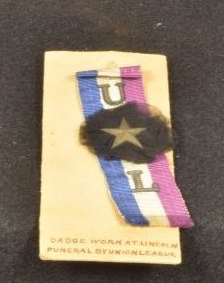 Badge worn at Lincoln Funeral by Union League. Initials “UL with a metal star on ribbon that would attach to a buttonhole. 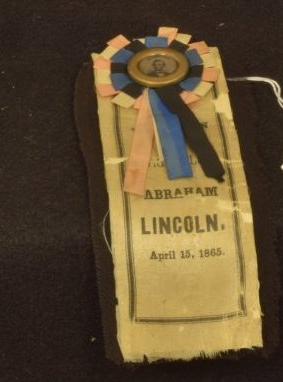 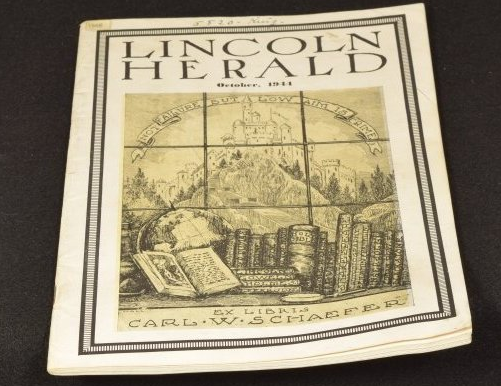 Copy of the “Lincoln Herald” magazine, a “Magazine devoted to historical research in the fieldof Lincolniona and the Civil War and to the promotion of Lincoln ideals in American Education”.

Piece of a fence rail that was carried in a procession during the Lincoln campaign of 1860 at Cairo, Illinois. There is a long story associated with this piece of wood and how Mr. King acquired it. 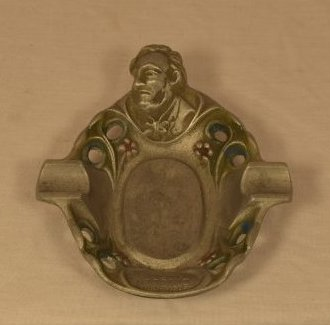 A silver casting of an ash tray with a Lincoln bust at one end and the name of the manufacturer on the other, Lincoln Manufacturing. 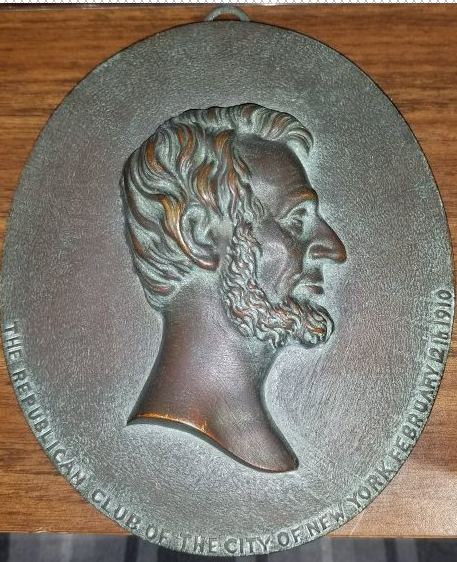 Bronze wall plaque made by the Tresal Bronzing Plating Co. of New York.

Have you had enough yet?  We’ve got hundreds more objects that we can show you. 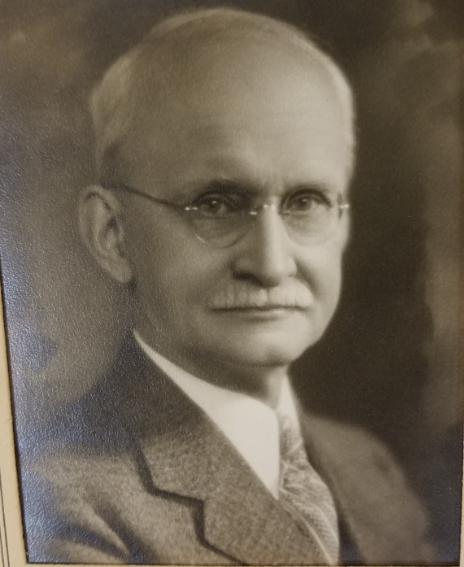 Mr. King was an interesting man.  Born in 1867, he was the grandson of Robert P. King a member of the book publishing firm of King & Baird of Philadelphia.  Sadly, his father died when he was almost 2 years old.  At age 9, Robert attended the 1876 Centennial Exhibition and while there, someone gave him an antique coin.  That started Robert’s collecting hobby and he was soon saving the Civil War tokens and coins that were still in use during that time.

At the age of 12, Robert moved to Erie with his mother and began work in an organ factory.  In 1905 or 1906, he started seriously collecting and in 1908 with the 50th anniversary of the Lincoln-Douglas debates and the 1909 Lincoln centennial many more coins, buttons and items were being produced which added to his obsession.  Robert kept his collection in his home until the Watson-Curtze mansion became the Erie Museum as part of the school district in 1943, when it was moved to the alcove to the right of the front door.

Mr. King married in 1890 and sadly was a widower by 1920.  Having no children to leave his memorabilia to, the museum was gifted the collection and it has been maintained here ever since with little of it shown to the public since his death in 1959.

If one were to believe everything on the internet, only half of Americans know when the Civil War took place and 1 in 5 know the name of his assassin.  A 2007 Gallup poll found that 18% of Americans think Lincoln was our greatest president followed by Reagan at 16% and Kennedy with 14%.  Whether you think Lincoln was the greatest or not, enjoy this beautiful winter day and his birthday!