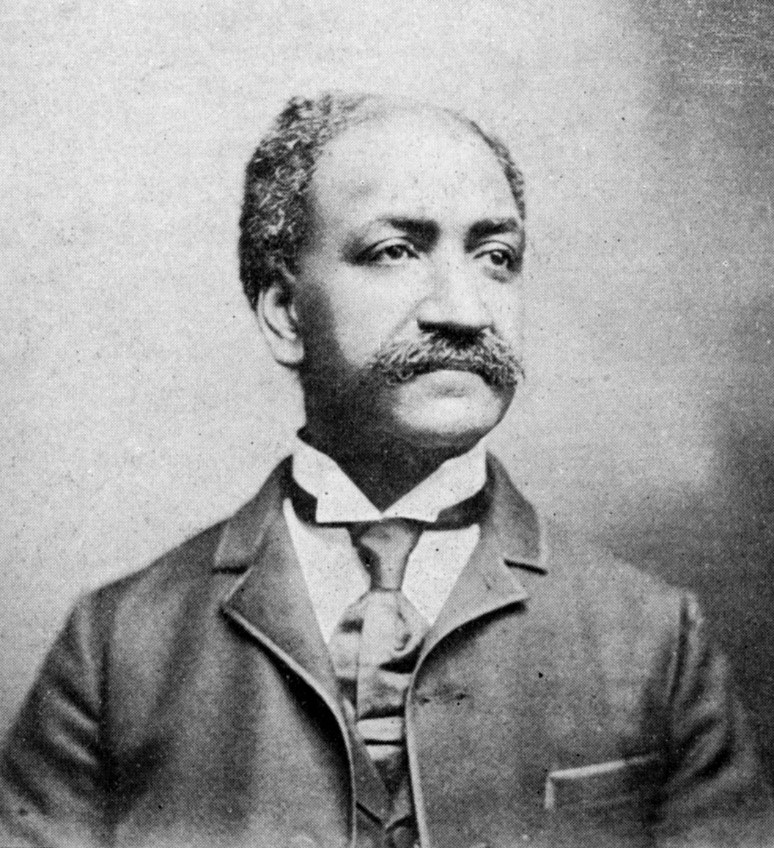 John S. Hicks, son of a former slave, was born in Virginia on February 14, 1845. He began in the ice cream business in Springfield, Massachusetts, in 1864. He moved to Erie, Pennsylvania, in 1878 and soon built his business in a large, modern building at 1216 State Street that housed his ice cream “factory” in the basement, an ice cream parlor on the first floor and an apartment on the second floor he shared with his wife Frances and  daughter Ida. The sidewalk in front of his establishment was concrete, the first of its kind on State Street.

Hicks was known for his pure ice cream that soon became a local favorite. In 1905, he was granted U.S. patent number 801,379 for an ice cream mold. He stated, “My invention is an improved ice-cream mold for molding a brick of ice-cream with a figure of any desired form in the center thereof.”  Hicks’s pint-size blocks of ice cream became a favorite, especially for holidays when almost any shape could be added for the event. 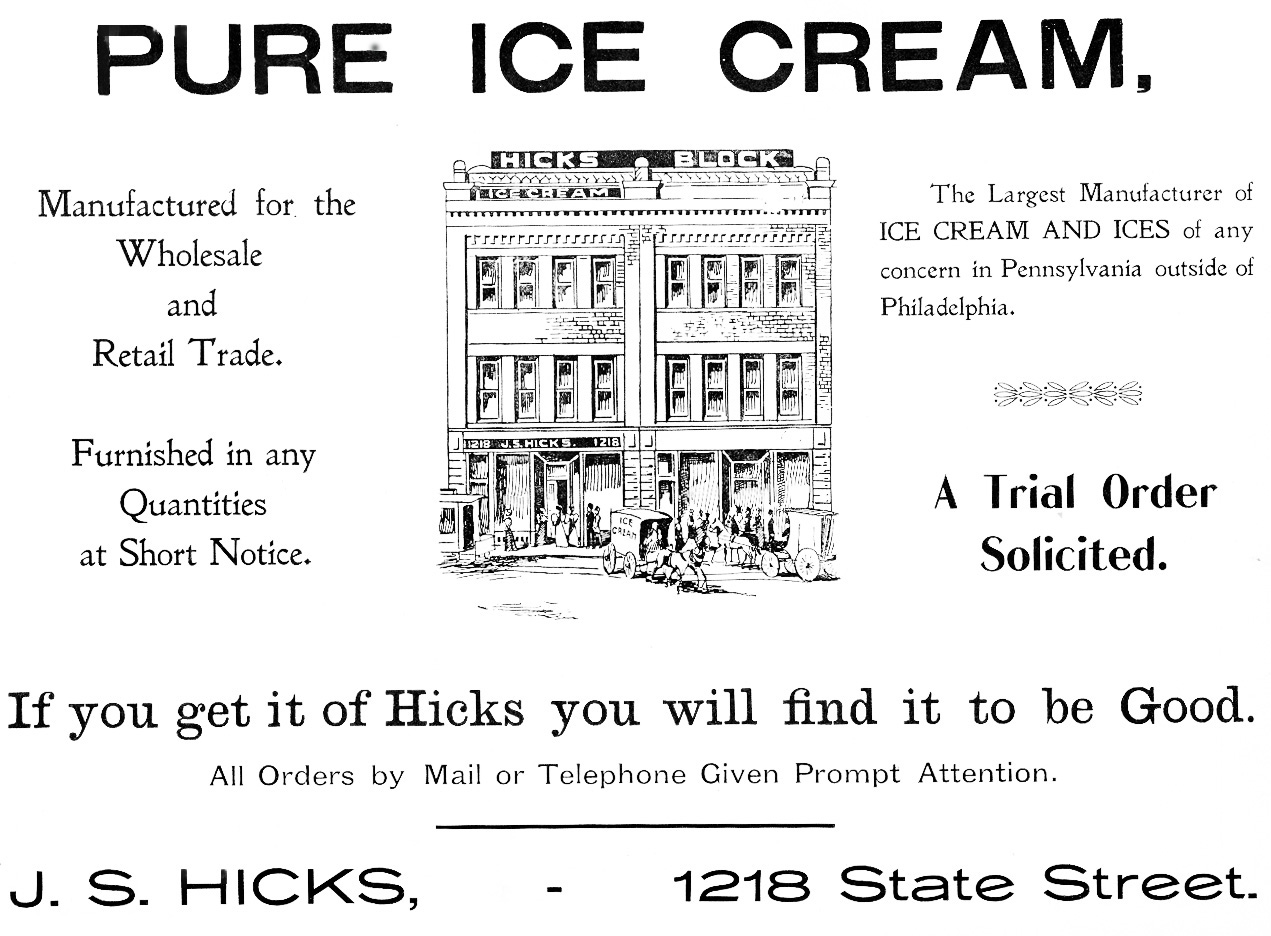 Advertisements for the Hicks Ice Cream Company show that much of his business came from catering picnics, parties and church socials. Aside from the blocks of ice cream, his specialties included Roman punches, water ices and Charlotte Russe, a cake and frozen custard combination.

In 1915, Hicks was chosen by Gov. Martin G. Brumbaugh of Pennsylvania to be a delegate to the Illinois National Half-Century Exposition held in Chicago to celebrate the fiftieth anniversary of the Emancipation Proclamation.

John S. Hicks, a pioneering African American businessman and inventor, died on November 13, 1933, after a long and successful career. He is buried in the Erie Cemetery. Nelson’s Biographical Dictionary and Historical Reference Book of Erie County states that Hicks “is one of the most prosperous and influential men of African descent that ever lived in Erie.”