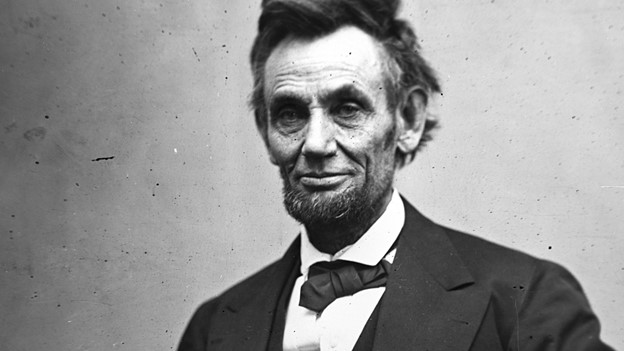 The Civil War which had torn the United States in two for the last four years was almost over on April 14, 1865. Robert E. Lee’s Confederate Army of Northern Virginia had surrendered to Union forces under General U.S. Grant at Appomattox Court House, Virginia, the previous Sunday. It was only a matter of time when all Confederate force still in the field would surrender. The war had cost the nation over half a million dead.

On the Good Friday, April 14, 1865, President Abraham Lincoln and the First Lady Mary Lincoln were to attend a play, the comedy “Our American Cousin” at Ford’s Theater. Several invited guests declined the Lincoln’s invitation to attend the theater that night, including General Grant and wis wife. A young couple accepted. Clara Harris, daughter of New York Senator Ira Harris and her fiancé Major Henry Reed Rathbone would accompany the Lincoln’s to Ford’s. Interestingly, Clara’s widowed father had married Henry’s widowed mother when they were children. The two youngsters fell in love and would marry in 1867.

The events of April 14, 1865 and the death of America’s 16th President by actor and southerner John Wilkes Booth are well known. Abraham Lincoln passed at 7:22 the next morning suffering in the Peterson Boarding House across Tenth Street from Ford’s Theater in Washington, D.C. After the President’s casket lay in state at the White House, it was to return to Springfield, Illinois for burial. The same route Lincoln had taken four years earlier when he first traveled to Washington as President-Elect Lincoln would be taken. Several major cities were stops and mourners were permitted to view the President’s casket, as well as that of his son Willie who had died in February 1862, of typhoid fever. Willie’s casket was exhumed and made the journey with his father. 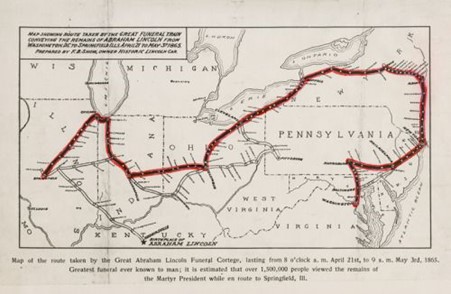 Traveling at a slow speed allowing mourners along the tracks which allowed ample time to pay their respects, the black-draped train consisted of nine cars and over 300 passengers. The train was preceded by a pilot engine, also draped in black, to assure the track was clear and open and to announce the arrival of the President’s train. In Baltimore 10,000 people turned out to pay their respects at the Merchant Exchange Building for a three-hour viewing. The next stop was Harrisburg, Pennsylvania, where a thunderstorm forced the cancellation of an outdoor procession on April 21, 1865. About 25,000 people saw the President’s casket in the state house, and an estimated 400,000 watched as horse-drawn hearse carried it back to the train.

Similar displays of mourning and respect took place in Philadelphia, New York city and Albany. While the procession was in the New York capital, word spread that the assassin had himself been slain in Virginia on April 26, 12 days after the murder. The flag that draped Lincoln’s casket was given to the Governor of New York and is now in the collection of the Hagen History Center. In Buffalo, New York, about 100,000 mourners filed past the casket of the slain President. The next stop was Erie, Pennsylvania on Thursday April 27, 1865. 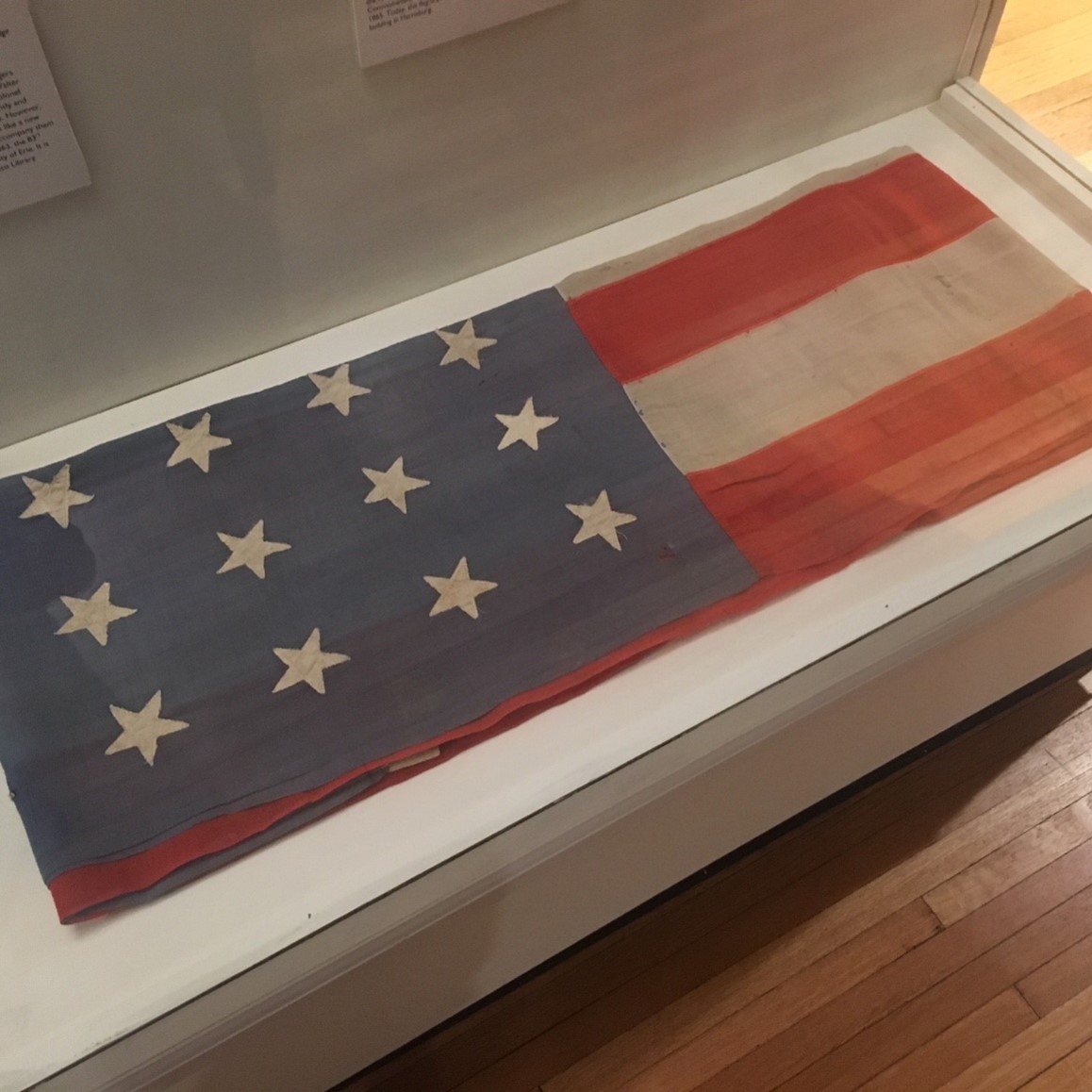 The Presidential funeral train arrived in Erie at about 3:00 am, April 27, 1865. Mayor Fernando Freeman Farrar had been notified of the stop but was notified that it was cancelled due to the fact that those traveling aboard the train were tired. The mayor hastily organized a party to travel to the New York state line where the train was to stop for the night. The delegation arrived about 1:30 AM. A wreath of flowers and cross were presented to the family. At this point, Mayor Farrar was told the stop in Erie would indeed take place.

At about 3:00 AM, the train arrived in Erie amid tolling bells and a military salute. Fewer than 1,000 people turned out; the Erie newspapers felt the turnout disappointing and embarrassing. Most of those in attendance were allowed to pass through the funeral car. As the train left Erie heading for Ohio, many citizens of the region lined the tracks to pay  their respect to the fallen President.

The funeral train made several more stops on its way to Springfield, and many thousands saw it as it passed or were able to view the President’s casket. On May 4, 1865, Abraham Lincoln and his son Willie were entombed at Springfield’s Oak Ridge Cemetery.