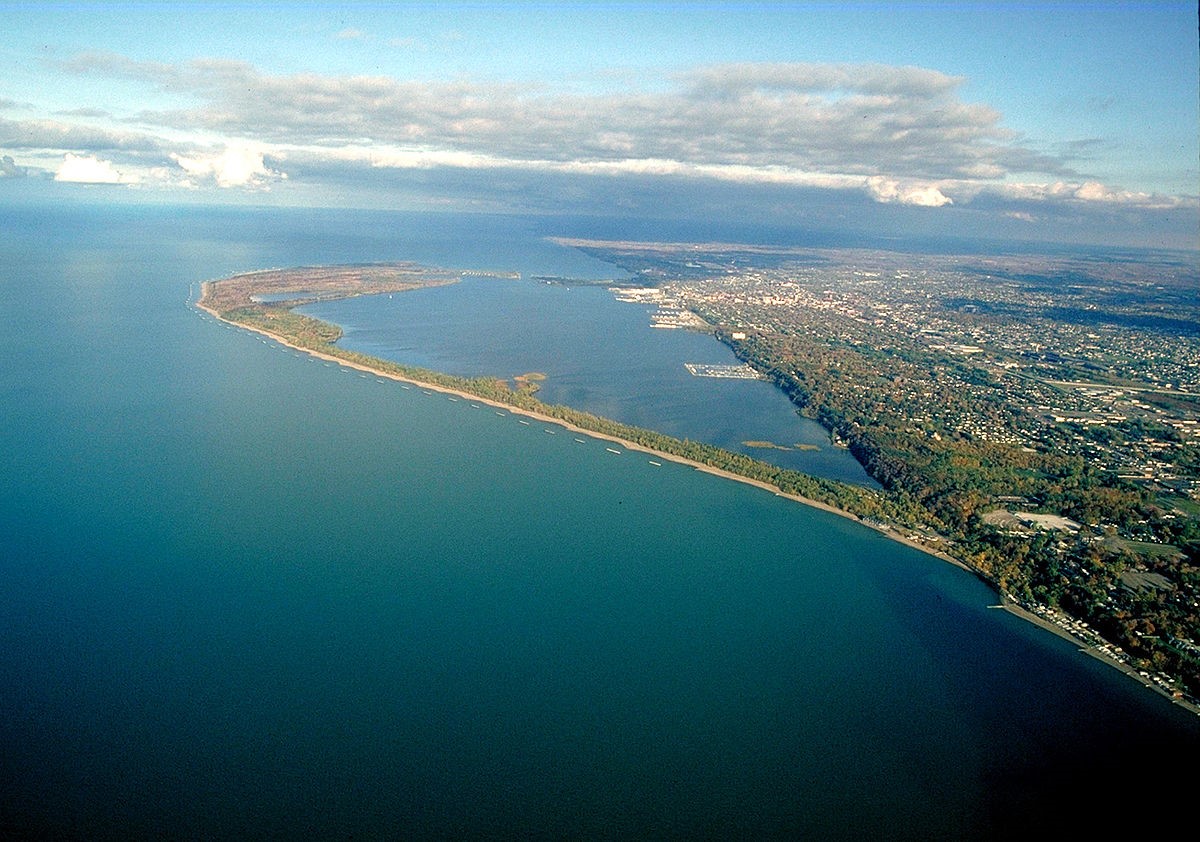 Have you ever thought about geographic location? Why are some places located where they are? Why not someplace other than there? Geography is not accidental. And the location of towns and cities is determined by many geographic factors, such as climate, water and access to transportation. Look at world maps or even a map of Pennsylvania will make one ask,” Why doesn’t anyone live there? “ The answer lies in geographic location. Erie is indeed in a geographically fortunate area. Yes, people made the decision to settle here, but geography played a major role in their decision.

There is absolutely no reason for the City of Erie, Pennsylvania, to be located where it is. There are no navigable rivers or even creeks that flow into Lake Erie there. Any other stretch of coastline along the lakeshore is very much the same. The one difference is the peninsula the French named Presque Isle, loosely translated ”almost an island.”  That long narrow strip of land, that over time has indeed been an island, created a beautiful and protected bay that drew the earliest settlers to that spot.

Presque Isle and the bay are why Erie is where it is. There are other factors that led to the city’s growth as well. Located at the center of a hub, Erie is roughly two hours from Buffalo, Cleveland and Pittsburgh. This geographic importance would be made more so in the 19th and 20th centuries with the advent of canals, railroads and highways, but early settlers saw the water routes as highways. Most of the Eastern part on the North American continent was heavily wooded, and travel was difficult. Water routes were seen as the way into the heart of a land then inhabited only by Native peoples that made it their home. The Native American tribes used the water routes as did the earliest Europeans, the French.

The fur trade brought the first Europeans to Western Pennsylvania. The demand for fur pelts, especially beaver due to its imperviousness to water, were prized for hats and other uses. The Great Lakes and the rivers and creeks that linked them to the heart of the continent became the main highways of the day. The protected bay at what would become Erie was an important spot. 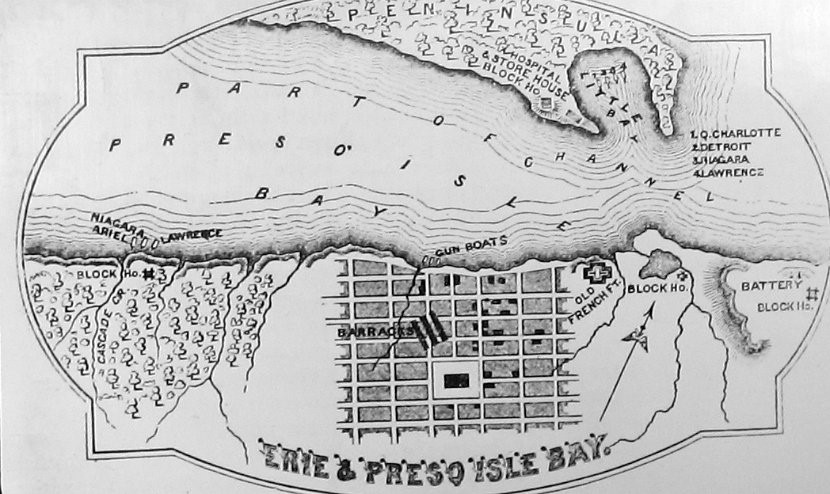 Water Routes to the “Forks of the Ohio”

In the early 1750s French fur trappers and trading companies established posts, later military garrisons linking Canada, today Quebec and Ontario, to the Mississippi River and the Gulf of Mexico. From the Atlantic, trade could travel by water along the St. Lawrence River to Lake Ontario, then via the Niagara River, with a portage-overland bypass, to Lake Erie. Presque Bay, with its natural protected location offered an ideal spot for a point to move south into the Allegheny watershed and the Ohio River to the south, thus on to the Mississippi and the Gulf of Mexico. The only obstacle in Western Pennsylvania was the lack of a direct water route to  Rivière aux Boeuf or “Beef River” supposedly owing its name to the Eastern woodland bison or buffalo or what is today known as French Creek at modern Waterford, Pennsylvania, located about 18 miles to the south via an overland portage. From Waterford, goods could move south on French Creek to present day Franklin, later a French fort, and the Allegheny River to modern day Pittsburgh, known then as the “forks of the Ohio” and then to the Mississippi River and the Gulf of Mexico. The dispute over this region would later result in the French and Indian War between Britain and France for control of North America.

Erie would grow as a result of its geographic location. French, British and American forts were built near the entrance to Presque Isle Bay and in 1812 it was chosen as the location to build a naval squadron that would defeat the British at the Battle of Lake Erie in 1813 during the War of 1812. The later 19th century would see the city of Erie and the region grow. Farms to the south could ship goods by water. Erie’s growing industry could ship raw materials in and finished products out. The central location made Erie ideal for trade via the Great Lakes. In the mid-19th century, the Erie Extension Canal again linked Presque Isle Bay to the Ohio River northwest of Pittsburgh, and the advent of railroads and later highways would increase trade.