"Long Life & Happiness for All its Residents" #10

Long Life & Happiness for All its Residents #10

It’s funny how the potential of a donation and the 1888 book can tie together and become a blog!  A few weeks ago, an Instagram follower offered her piano to the Historical Society as part of our collection.  It was made in Erie and I love adding Erie things, BUT it’s a piano and my storage space is severely limited right now. I am still considering it so Allison, if you read this, I haven’t forgotten!   I did a quick bit of research on the piano, which led me to consider Erie’s strong reputation for the manufacture of pianos and organs in the past.  My focus today is on one building and the history of all the businesses that were located there, including an organ and a piano manufacturer.

Looking carefully at the picture below are the signs of both companies. If you look between the top row of windows and the next set below are the words “Colby Piano Co.” Above the largest arched window on the first floor is a stone sign which reads “The Derrick & Felgemaker Pipe Organ Company 1872”. 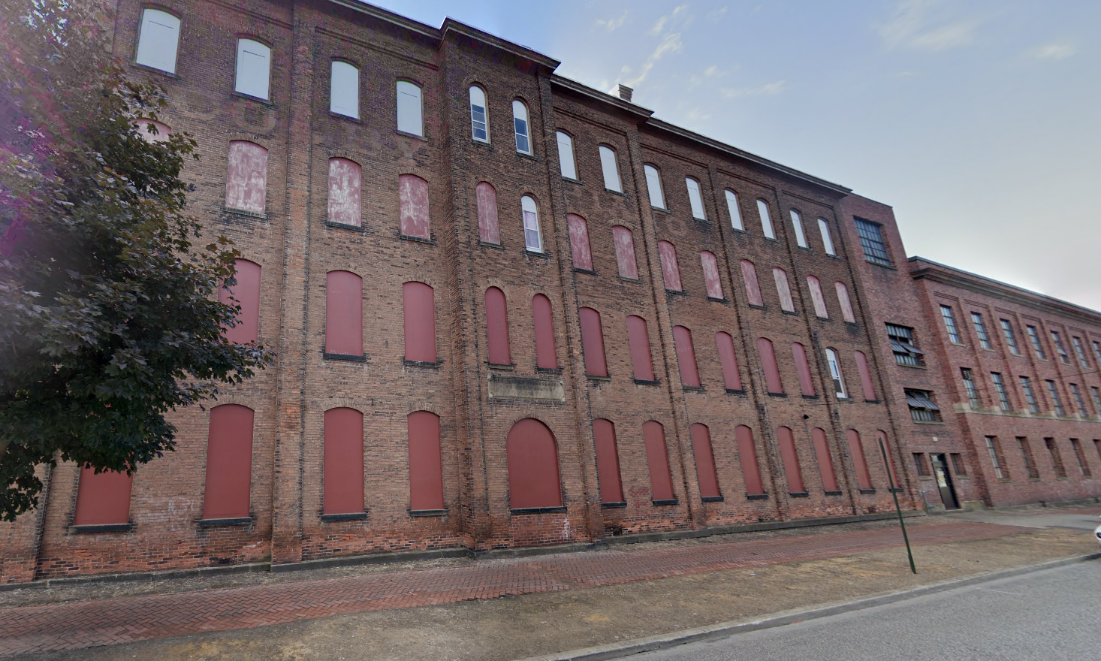 On a beautiful Spring day, a friend and I hung out on the corner of East 25th and Ash Streets admiring this formidable structure.  I love all the windows that were once available for natural light to illuminate the interior before electric lights became the norm. 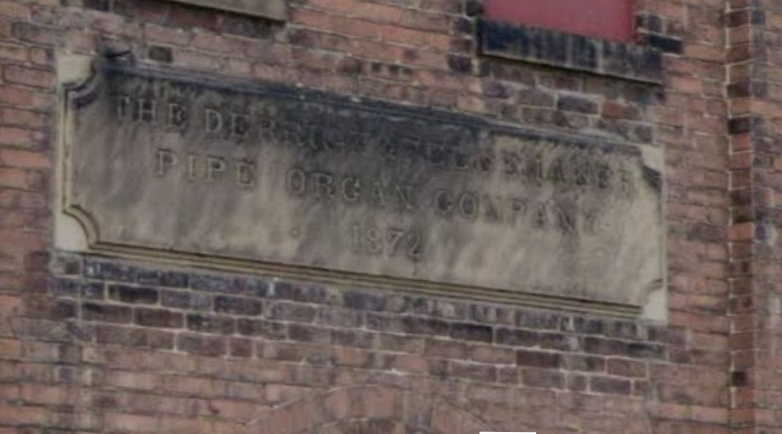 The Derrick & Felgemaker Pipe Organ company was established in Buffalo in 1865, moved to Erie in 1871 and began construction of the building.  It produced organs mainly for Churches that were shipped throughout the United States.  Between the years 1871 – 1917, the company had built 1,289 organs.

By 1888, the company had restructured a few times, changed its name to A. B. Felgemaker and moved its factory and offices to the corner of 19th and Sassafras Streets.  A.B. Felgemaker was sold in 1917 to the Teller's Organ Company of Erie. 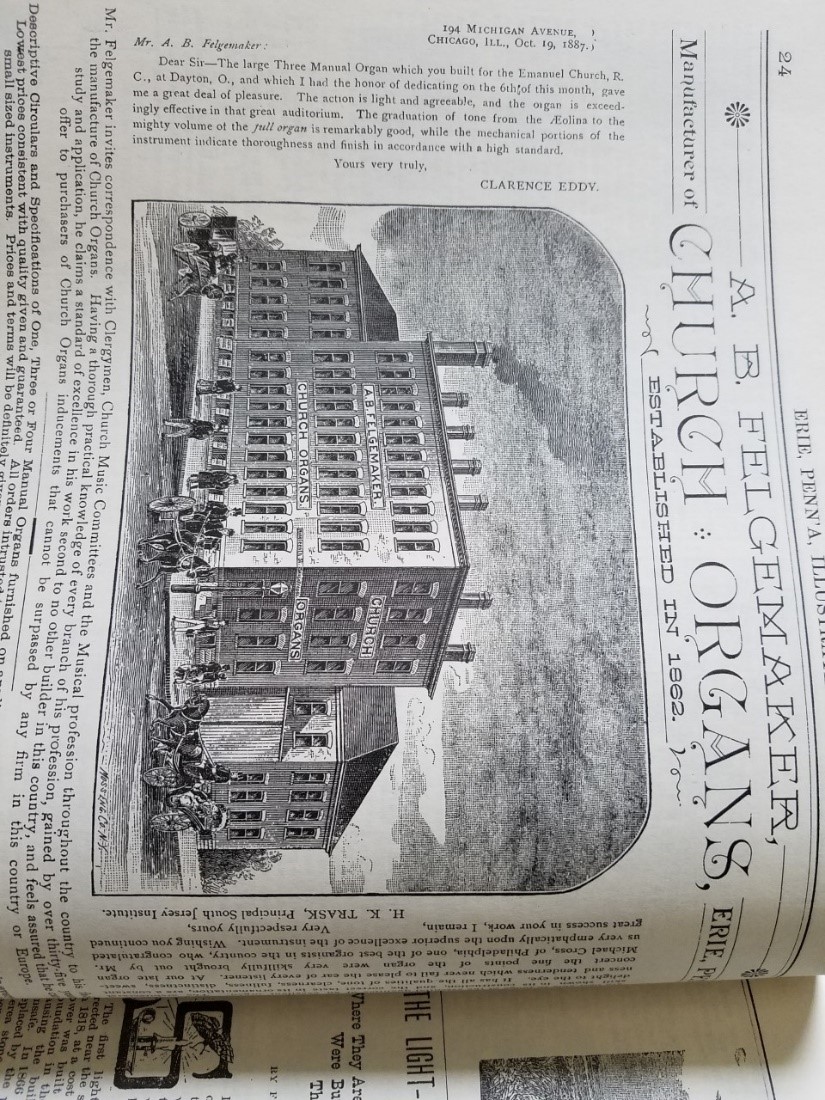 St. John’s Lutheran Church in Erie has the only example of a Felgemaker Pipe Organ in town.

The Colby Piano Company began in Erie in 1859 and moved to the more modern facilities on the corner of East 25th and Ash is 1888.  Colby featured their pianos at the World’s Columbian Exhibition (Chicago World’s Fair) in 1893 and had offices in Erie and New York City.  In 1896, the company advertised that they had a gas well on their property for heating and that “mouse proofing” was a feature of their pianos.  The company was no longer in the City Directories after 1910. 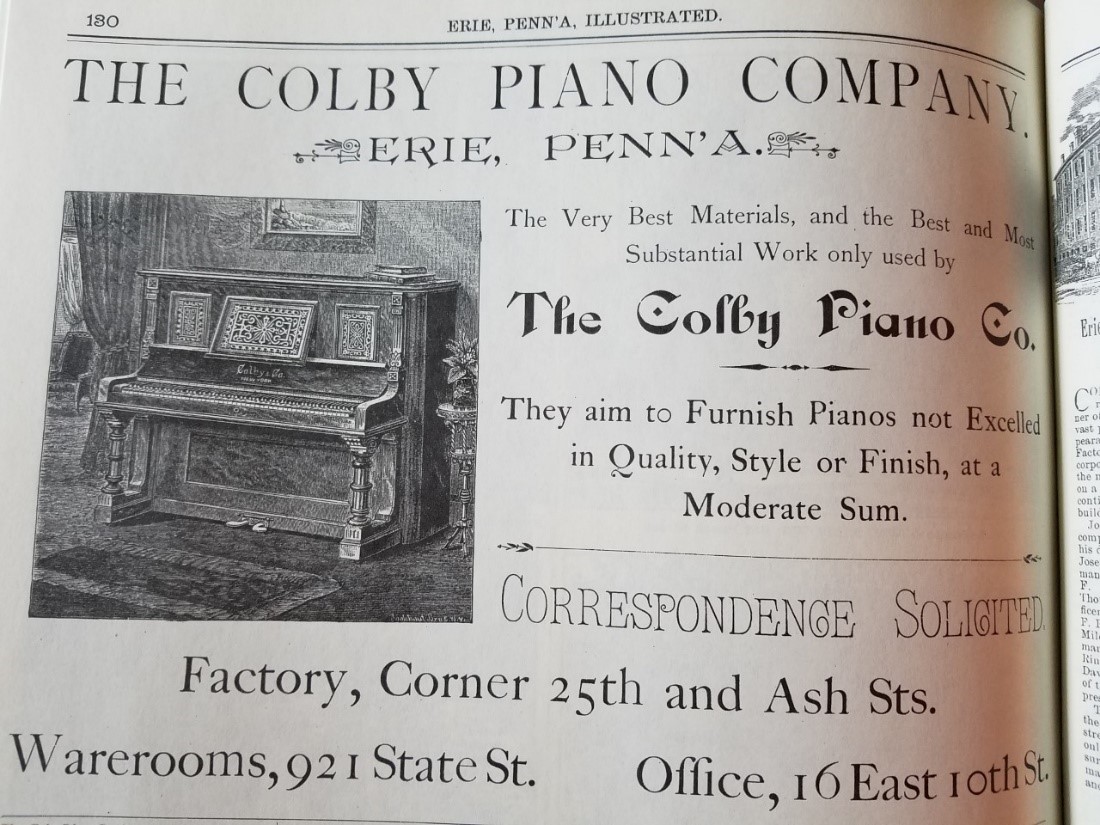 Pouring through the Erie City Directories, the building was subdivided in 1913 for the Keystone Plating Company, George J. Kaiser Carriage Maker, Enterprise Cigar Box Company and Nu Bone Corset Company.  Nothing could be found about those companies except Nu Bone Corset.  Organized in 1911 in Corry Pa, the business expanded to Erie in 1913. 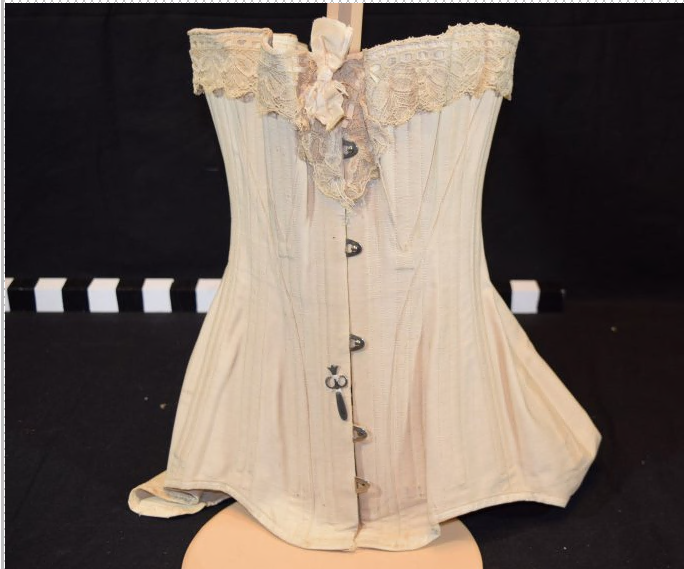 The above Nu Bone corset is in the Historical Society collection.  Produced from sturdy canvas, lace trim with lacing in the back and hooks on the front, it has a patent date of October 23, 1907.

Nu Bone made custom fitted ladies’ undergarments and “high end” baby clothing called “winkies”. The company no longer existed by the mid-1960s, but evidence still exists on the building of its presence. 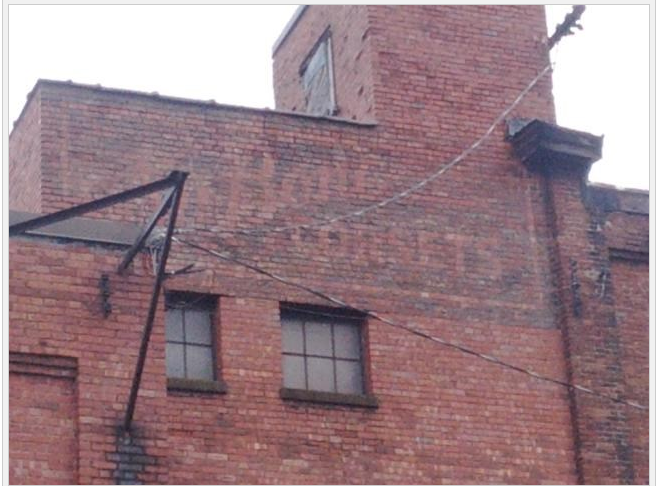 After Nu Bone moved out, the Pennsylvania Leather Company and warehouse space for Candy World-Book City moved in but I could find no information about these companies. By the 1990s, the Trellis Collection and Stover Ceramics occupied the building and the Erie Horseshoe Club had horseshoe pits for games.

Currently, the only tenant observed today is the one pictured below and I don’t know how much of the building is being used.  Feedback or offers of interior tours are always welcome for this curator. 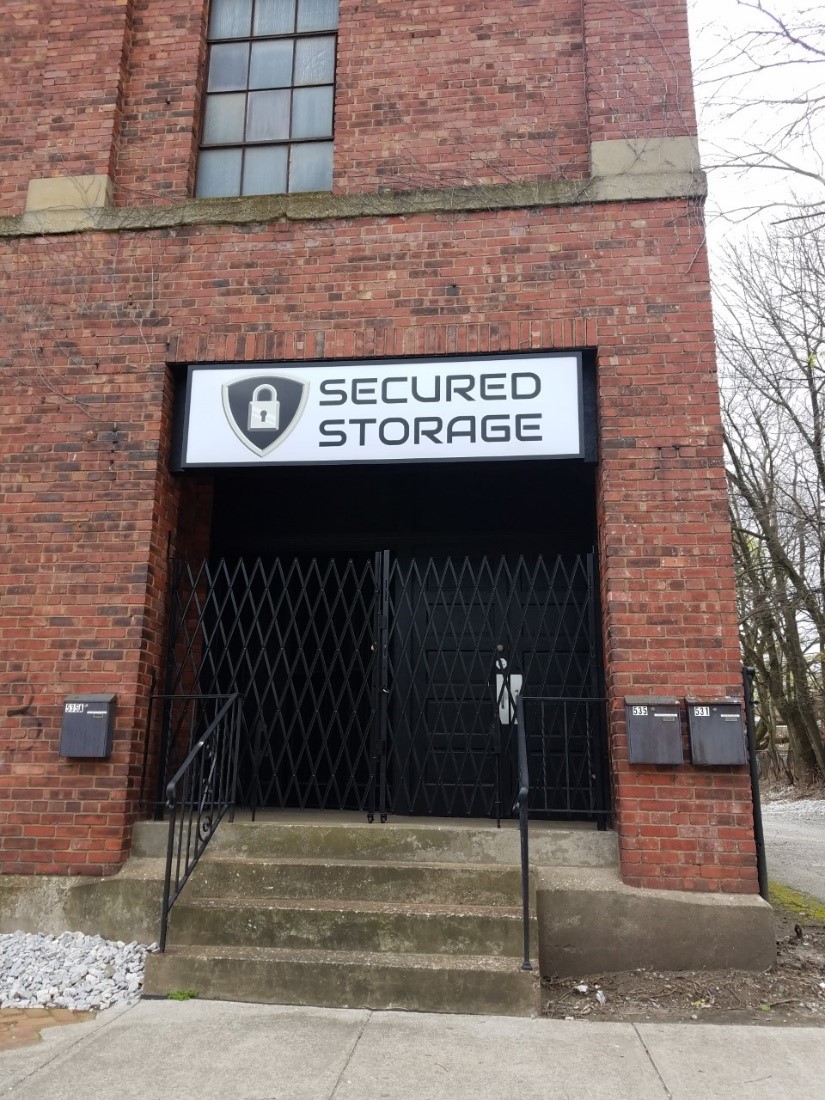 I love how the building has been in constant reinvention for 148 years.  Recycling at its best!  If buildings could be considered residents of a city, this one has enjoyed a long and prosperous life.