Long Life & Happiness for All its Residents #13

Here is the tale of two Erie buildings.  Each were extraordinary late Victorian structures, beautiful and sturdy that led surprisingly short lives.  This is quite the opposite of what this blog is normally about, however; they are stories worthy of being told. 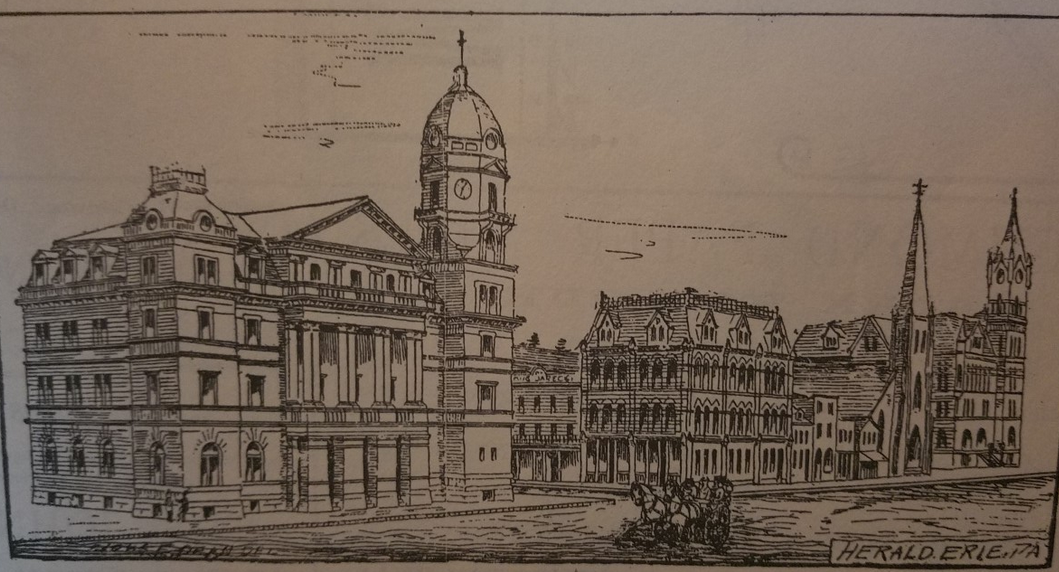 Pictured above are the objects for our consideration.  Both buildings were located on South Park Row with State Street running between them, where the horses and wagon are shown in the picture going south.  On the left is the old Federal Building which had a groundbreaking in 1885, and on the far right was the old City Hall that had a cornerstone laying in 1884.

In 1888 city residents took great pride in their new City Hall.  Taking 4-years to build at a total cost of $200,000, it was a state-of-the-art building with elevators and gas lighting.  Designed by well-known Erie architect D.K. Dean, nearly all the work was done by Erie contractors and workmen.  Prior it its construction city offices were scattered around town which led to a great deal of inconvenience for residents.  The building boasted an exterior of brick trimmed with brownstone quarried from Twinsburg, Ohio.  The hallway floors were all marble, while the interior floors were made of hardwood.  The basement was the headquarters of the Police Department, with 16 secure cells for prisoners.  From the tower, a fine bird’s eye view of the city and surrounding area could be observed in fair weather.

If you look carefully above the first-floor windows you will note semicircular windows of stained glass.  The Historical Society has eight of them in our collection and all are in need of restoration.  If any reader has any interest in helping the Society out with this project, please contact me.  They are beautiful! 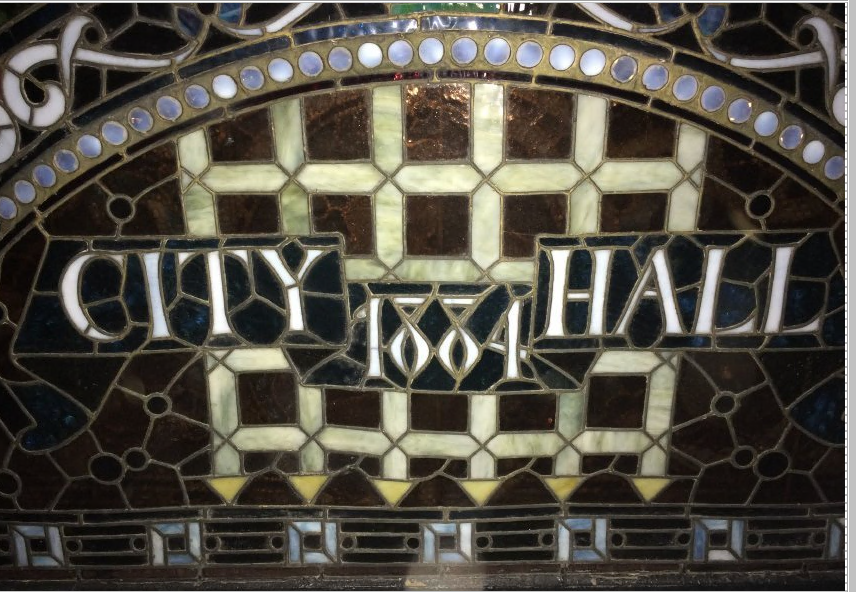 In 1963, the trend of “out with the old and in with the new” had taken over city government thinking and a more modern City Hall was built. 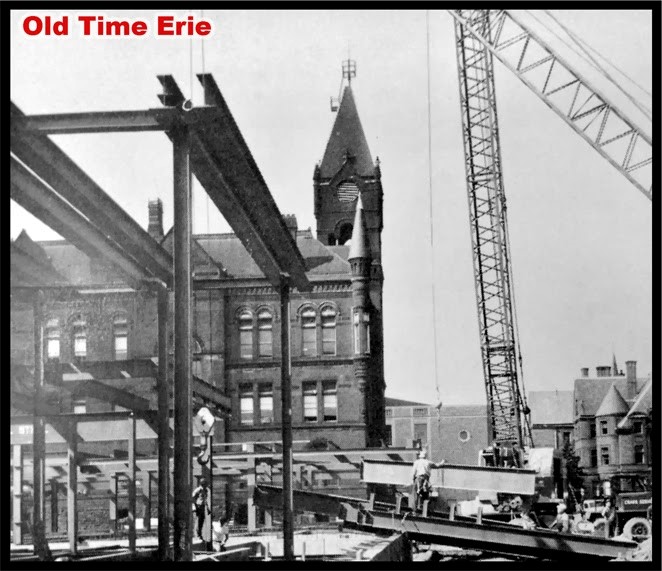 Instead of Victorian splendor, the current building was erected.  As a lover of local history, I can’t help myself when I go downtown to pay my property and school taxes, wearing black, of course.  I like to tease Lauren (who I understand moved to a different department – hopefully not because of me!) that I have arrived at this “architectural gem” called City Hall.  I think I may have enjoyed the experience more, if that’s possible, in the old City Hall. 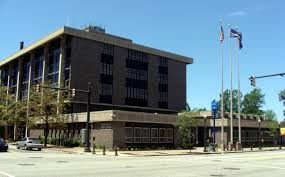 At a cost of $250,000, a new Federal Building had its groundbreaking in 1885, with the work completed in 1888.  It was located exactly where the current Federal Building exists on the Southeast corner of State and South Park Row.  Sadly, during the construction of the old Federal Building, two men working on its construction, Andrew Guenther and Mark Shannon fell to their deaths, “leaving families who depended on their labor for support”.  Remember, these were the days before Social Security and life insurance. 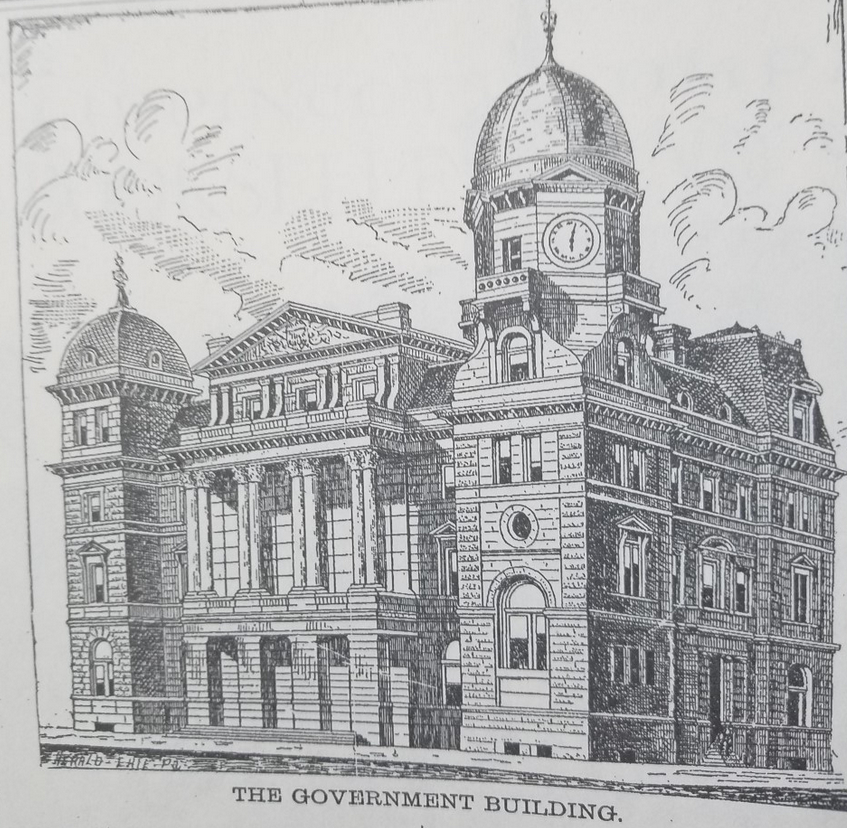 The entire first floor of this impressive building was for the Post Office.  The offices of the Collector of Customs, Internal Revenue Collector, US District Attorney, and the US Commissioner were on the second floor.  On the third floor were two court rooms, along with jury and judges’ rooms.  The fourth floor was used by the US Signal Service which dealt with military intelligence, communications and weather forecasting.  In less than 50 years, the wrecking ball took it down during the Great Depression’s public works initiatives. 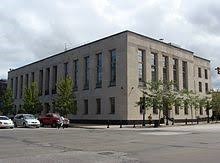 It is obvious that in 1888 Erie looked a lot different than it does today.  Some readers of this blog may be pragmatists knowing how much the upkeep costs are for old buildings, so it was probably sound reasoning that both buildings were destroyed.  Still, some of you may feel a sense of loss like I do.  We truly should be grateful for what we currently have and we cannot resurrect the past.  Erie then versus Erie now – they are both great places!