Those of us on staff at the Hagen History Center are now working mainly from home.  Like most, I do like being at the office more because things come across my desk there that would never exist at home.  My house is filled with people who love computers and can do many things with them I could never imagine.  The office is filled with people who love history and who bring up interesting concepts and “finds” from the collections.  A month ago, Pauline Stanton in the archives brought up a few books that ended up on my desk (on purpose!) because I fell in love with what I thought were familiar images to everyone.  Well, maybe not everyone, so I have decided to write about it even though it is not specifically Erie County. 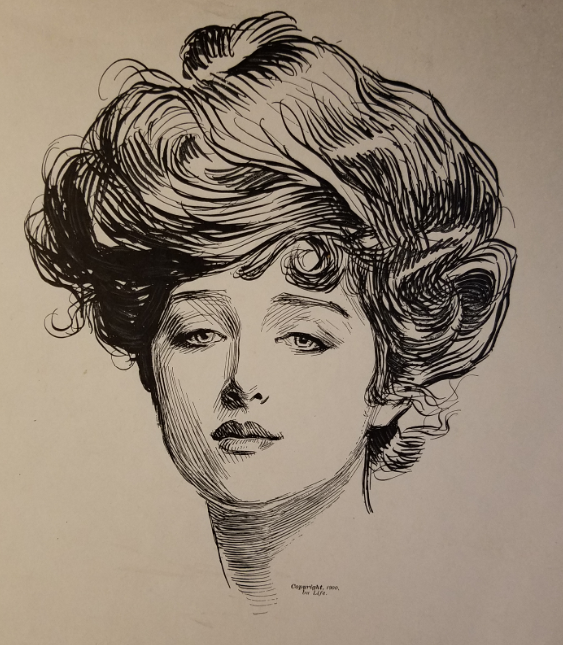 Have you ever heard of the “Gibson Girl”?  These pen and ink drawings were created by Charles Dana Gibson (1867-1944) and published in “Life” magazine beginning in 1890.  Referred to as the first pin-up girl, she was an idealized version of American young womanhood and every man’s dream.  She was tall, competent, calm and self-assured.  She sought personal fulfillment and participated in things not available to women in the past such as sports and the concept of voting (which wouldn’t become nationwide until 1919).  She is easily identified as being beautiful, having an “S shaped torso” made possible with a longer fitted corset and hair piled high on the head or loose with a waterfall of curls.  She possessed lady-like manners and good etiquette yet realized she held a power over men. 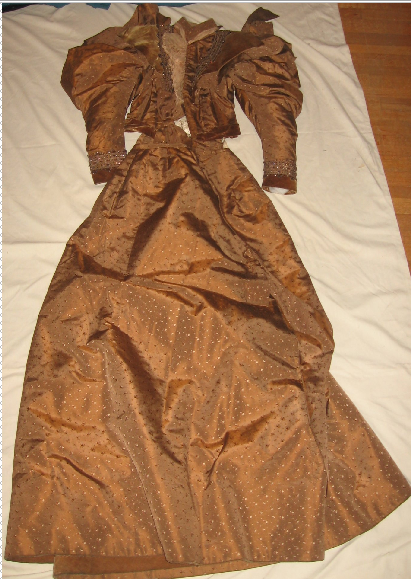 This wedding dress is from the collection of the Hagen History Center dates to 1894. Donated in 1963 by Miss Francis Hitchcock.

The Gibson Girl also influenced women in the new rich (those new to wealth due to the industrial age as compared to those who came from “old” money) to climb the social ladder as well.  This was the Gilded Age and the growth of industry in the United States accumulated much wealth among the factory owners (think of the Watson and Curtze families who owned our Watson-Curtze mansion and the Strong family who owned the mansion that is now Gannon’s Old Main).  “Old money” did not exist much in Erie, however; in places like New York City, the old money did not accept the new as being in the same social sphere.  The Gibson girl then needed to be accepted and the only way to do that was to marry European aristocracy.  Many “dollar princesses” travelled to England to marry for a title and the British husband gained much needed money (most of the nobility gained their wealth in agriculture and the US exported so much food, that prices went down tremendously).  If any of you are fans of “Downton Abby”, Cora, the mother, was a dollar princess.  Both the mother of Winston Churchill and great grandmother of Princess Diana were American heiresses. 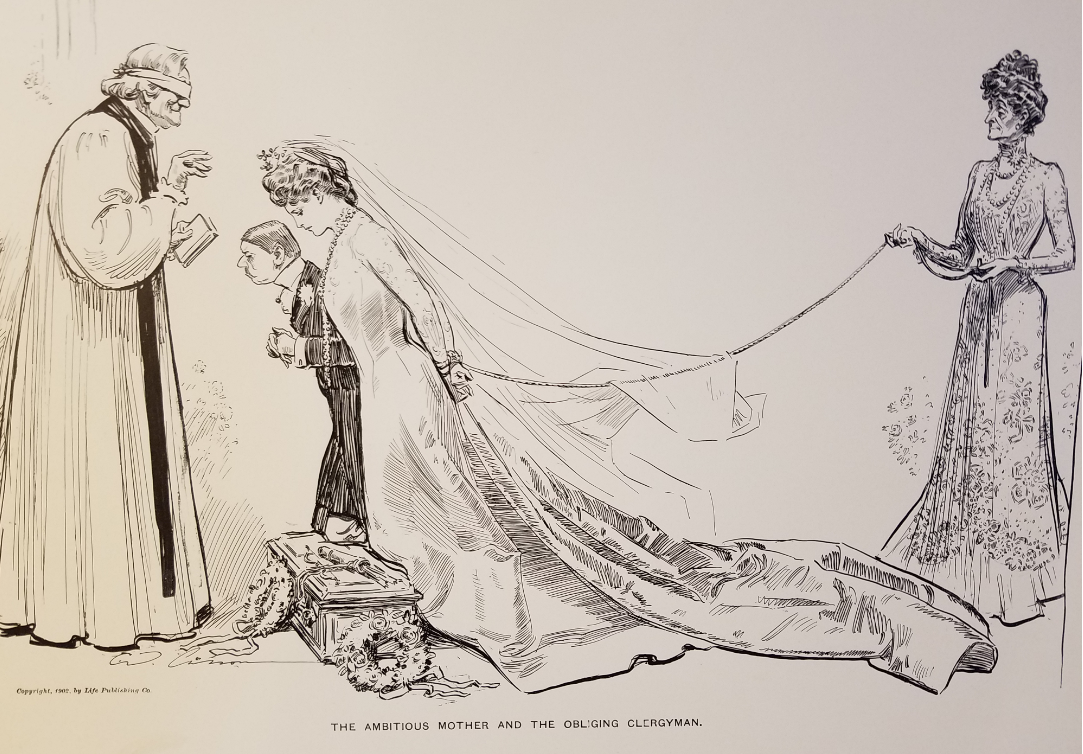 The Gibson girl era ended when WWI was finished.  At that time, the mood of the country went from optimism to cynicism.  Women had to become more independent during the war and felt free to do and act without societal scorn.  The “Flapper” was born, and she was perceived as less proper and more fun.

The Gibson girl may not have experienced a long life, but the art of Charles Gibson influenced many women as the Barbie doll has in more recent history.  The concept of young women marrying older, wealthier men is still done today and exemplified in some “reality” television shows.   Whether the women who are influenced by Barbie or who marry for wealth are any happier is questionable of course.