Long Life & Happiness for All its Residents #48

I have been on the lookout to buy some “rural” property lately.  I don’t want anything fancy or expensive but not quite a hunting camp either, just some quiet place to relax.  So, in my efforts to escape the “big” city of Erie, I have been driving around Erie, Crawford and Warren Counties admiring the natural beauty of the region we call home. 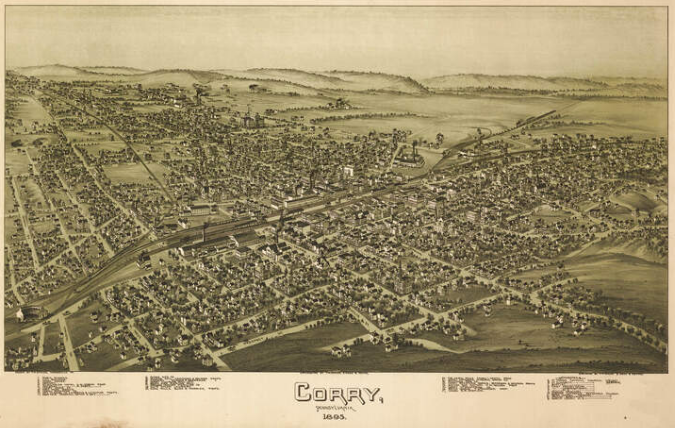 One area that I have seriously considered is outside of Corry, PA.  Everyone I have encountered has been extremely friendly and helpful.  The location is great and there’s all the conveniences of a city not far away.  However, I realized that I know very little of the history of this “second city” in Erie County.  John Miller writes in his book on the History of Erie County that Corry began as a “railroad accident”.  This swampy area in the southeastern corner of the County was the crossroads of the Atlantic & Great Western Railroad and the Sunbury & Erie Railroad in 1861.  Beyond a ticket office, there was nothing there except for trees at that time. 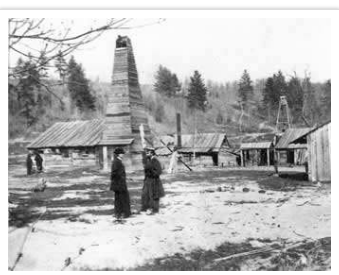 Hiram Cory (or Corry) was the owner of the land at that junction and the timing was perfect for the development of a town due to ONE world changing occurrence – the 1859 discovery of oil in nearby Titusville, Pennsylvania.  A refinery was needed for this fledgling industry and by 1862, a third railroad was established connecting Titusville to Corry. The Downer Oil Works, the first modern oil refinery in the world was established and between the years 1864 – 1868, this company was the WORLD’S largest exporter of oil.

The oil industry grew the population of Corry into a borough in 1863 and it was incorporated into a city in 1866.  At the growth rate the city experienced, Corry was soon to surpass Erie in population.  Unfortunately, the Titusville oil fields started to slow down while the fields in Bradford, PA took off and by 1871 it was Bradford which became the world’s oil epicenter.  Refinery work eventually moved to Cleveland when a certain fellow by the name of John D. Rockefeller became involved in the oil business and began the Standard Oil Company (soon to be a monopoly) in 1870.

The city of Corry did not die with the demise of oil refining but instead used its manufacturing know-how to grow other industries.  In 1868, the Climax Mower and Reaper Works was established. Eventually, portable engines and oil well tools were added to its production.  By 1873, Climax was already facing certain ruin with the Financial Panic happening that year, and perhaps the “substandard product” coming out of the factory.  To save the company, the city of Corry issued bonds for Climax’s support.  Business never improved and by 1883, the city could not repay the bonds.  The fiasco ended up in court and eventually to the State Supreme Court with the city losing, having to repay.  The company ended up in bankruptcy with Mr. Rush Battles of Girard (see blog #28) buying it inexpensively.  Battles was a shrewd businessman and soon turned the company around, expanding production to geared locomotives.  The Climax locomotive was invented by Charles D. Scott of Corry and was developed for use in large timbering operations.  Climax was used throughout the United States, Canada, Mexico, Australia, New Zealand and the Caribbean for not only lumber but also coal, copper, iron mines, brick yards, railroad switch yards, industrial plants, sugar plantations, and construction.  One was even used in Alaska during the gold rush! 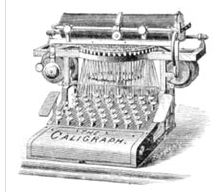 No men from Corry fought in the Civil War because the town did not exist then!  Some veterans did make their homes there after the war and helped erect a beautiful tribute to their comrades.

The list of manufacturing companies in Corry is long and prosperous with furniture making, iron works, “medicine” (see blog #6), brick making and tanning to name a few.  This allowed the city to pave some streets in brick in 1895, provide electric for streetlights, establish a sewer system in 1909 and provide fresh water to residents beginning in 1886 from Hare Creek, then later drilling artesian wells. 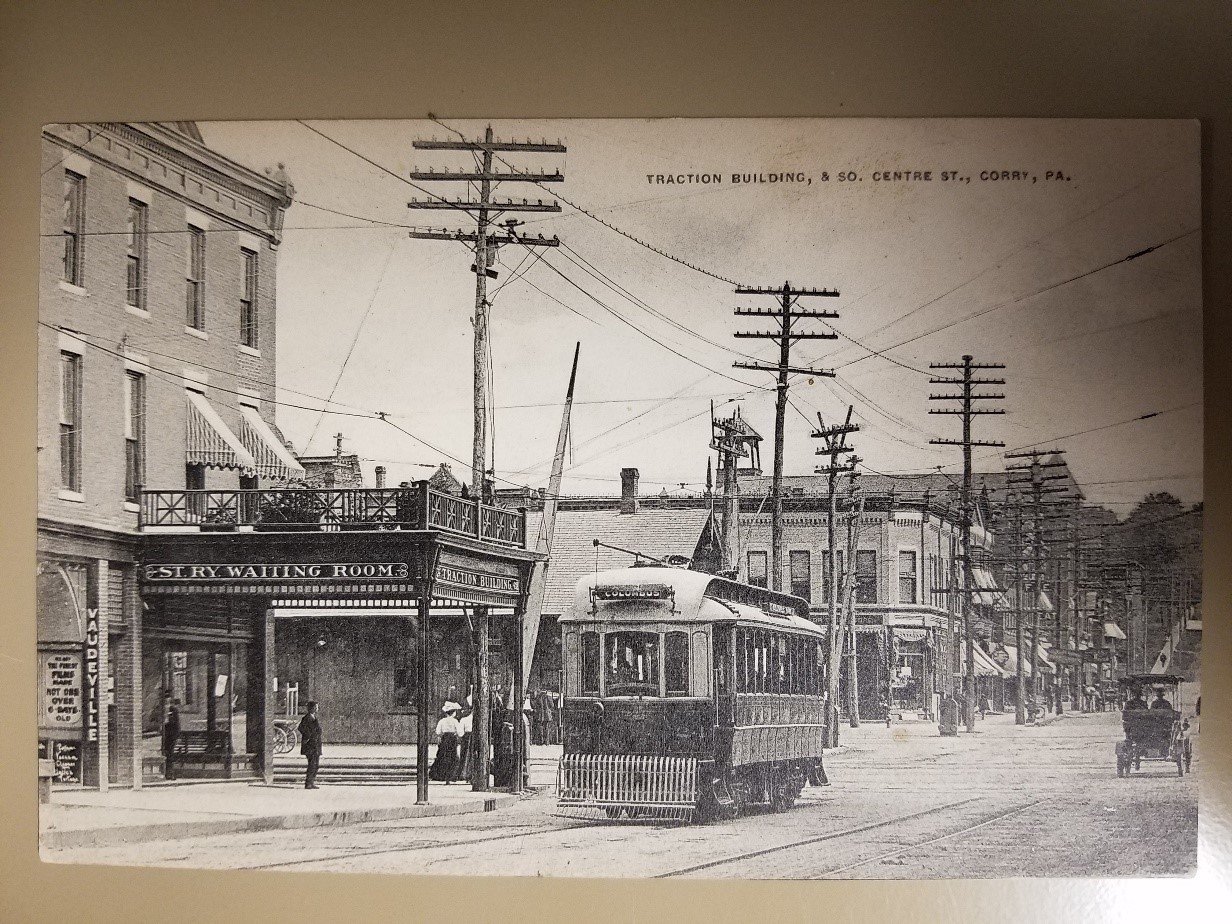 Today, Corry has approximately 6,400 residents, has an attractive developed downtown, and a five-acre city park.  For more information on Corry and the surrounding area, check out the Corry Area Historical Society.  I have recently heard that the Society has acquired a working Climax locomotive that they hope to rebuild.  Congratulations to them and I wish them continued success and happiness as they promote the history of their city!