Long Life & Happiness for All its Residents #55 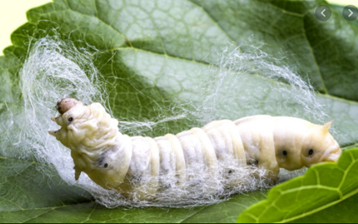 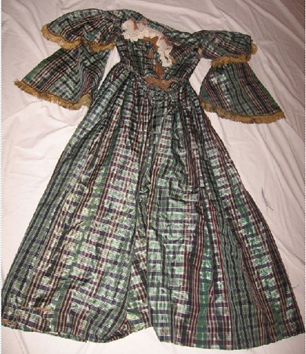 Four thousand years ago the Chinese discovered that the cocoon a silkworm produces can be unraveled and spun into thread.  Death was threatened to anyone who would reveal the secret but over time, the method spread to many other countries in the world, including the United States. By 1840, Pennsylvania was offering a bounty to encourage silk production in the Commonwealth and two enterprising Erie women, that I am aware of, took up the offer.

Silk production was very labor intensive.  The worms fed on the leaves of the white mulberry tree and a farm of trees was located on the corner of 12th and State Streets.  The white mulberry tree was common in Erie south of 6th Street, east of Chestnut Street, going westward.  By 1909, there were still some trees in the city, but the farm was gone for many years by then.  Mrs. Chandler Mumm lived at the site of the farm and obtained worms from Miss Jane McNair who lived at 18th and Sassafras Street.  She obtained the silkworm eggs from a source in Philadelphia and together, the ladies successfully produced silk, although the quantities are lost in time right now. 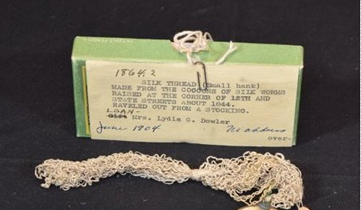 By the end of the decade, silk production declined due to cheap imports (sound familiar?) but resumed once again in 1903 with the incorporation of the Erie Silk Mills located at 939 West 26th Street.  This large facility contained 400 looms and produced “dress silks”; the sales office was located in New York City.  Surprisingly, the 1916 Industrial Directory of Pennsylvania lists the employees at the factory.  Of the 270 in total, 71 were men, 199 were women and 25 were children under the age of 16!  Child labor was thought of as a necessity of many families and Erie was no exception.  It was not until the Fair Labor Standards Act of 1938 that restraints on how many hours children could work and what kinds of jobs they could hold were enacted.  By 1935, the company was no longer listed in the City Directory, perhaps as a result of the Great Depression.

Today, there are still some white mulberry trees here in Erie County according to a tree survey done several years ago, however; the production of silk no longer occurs.  Silk fabrics usually require handwashing, so silk clothing has waned in popularity over the years.  A nice piece of silk still feels good though and brings me happiness whether it is an antique piece or something current.  Find something today that brings you happiness and enjoy this beautiful Spring!