"Long Life & Happiness for All Its Residents" #6

Long Life & Happiness for All Its Residents #6

As we remain in quarantine due to the outbreak of Covid 19, medical response and care is on everyone’s mind.  Many historical references have been made to what we are currently living through such as the Yellow Fever epidemic of 1918.

The history of medical care in Erie County is long with some aspects you may not be aware of.

The first documented quarantine in Erie County occurred in 1822 when a family of Irish immigrants arrived, and one member had smallpox.  A vaccine was available and most likely administered but the family remained in quarantine on the peninsula until total health was restored. A compulsory smallpox vaccination didn’t occur in the United States until the late 1940s.  Do you know anyone in this country that has ever had smallpox?  Me neither. 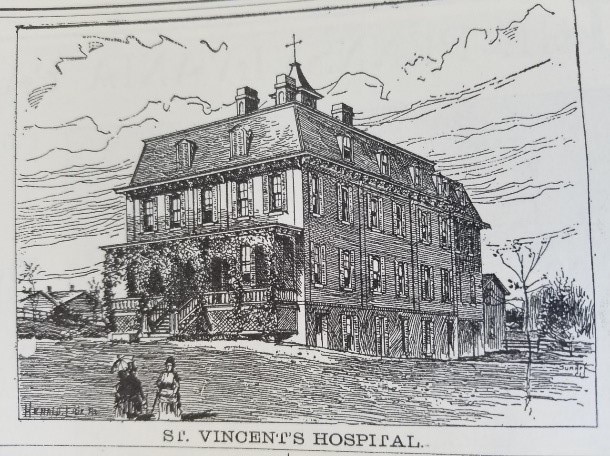 Erie has the good fortune of having two outstanding hospitals which were founded in the 1800s.  In the 1888 book, St. Vincent’s Hospital, erected in 1875-1876, is described as a “handsome brick structure, three stories in height with a basement so constructed as to make it practically a four-story building” located on the corner of 24th and Sassafras Streets.  Under the direction of the Sisters of Saint Joseph, the hospital was “open to all classes, irrespective of creed, sex or color”. 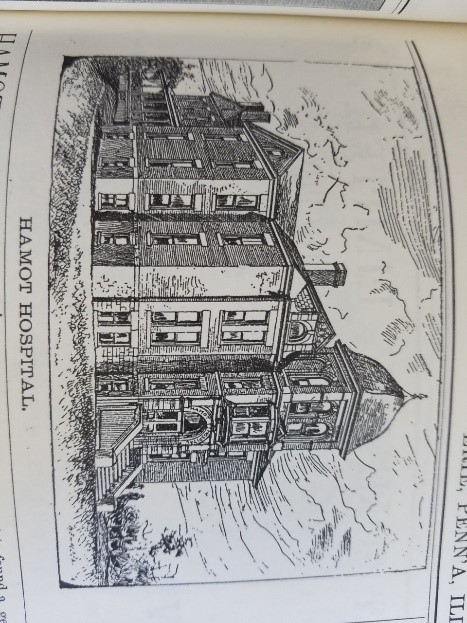 Hamot Hospital officially opened in 1881.  The building and land were purchased from the heirs of Pierre Simon Vincent Hamot.  Mr.  Hamot was born in France in 1784 moved to Erie in 1805.    A successful businessman, Hamot was: a merchant, involved in the salt trade, a canal commissioner of Pennsylvania, Superintendent of the United States Public Works in Erie, first cashier of the Erie Bank, and one of the founders of the Erie “Observer” newspaper. 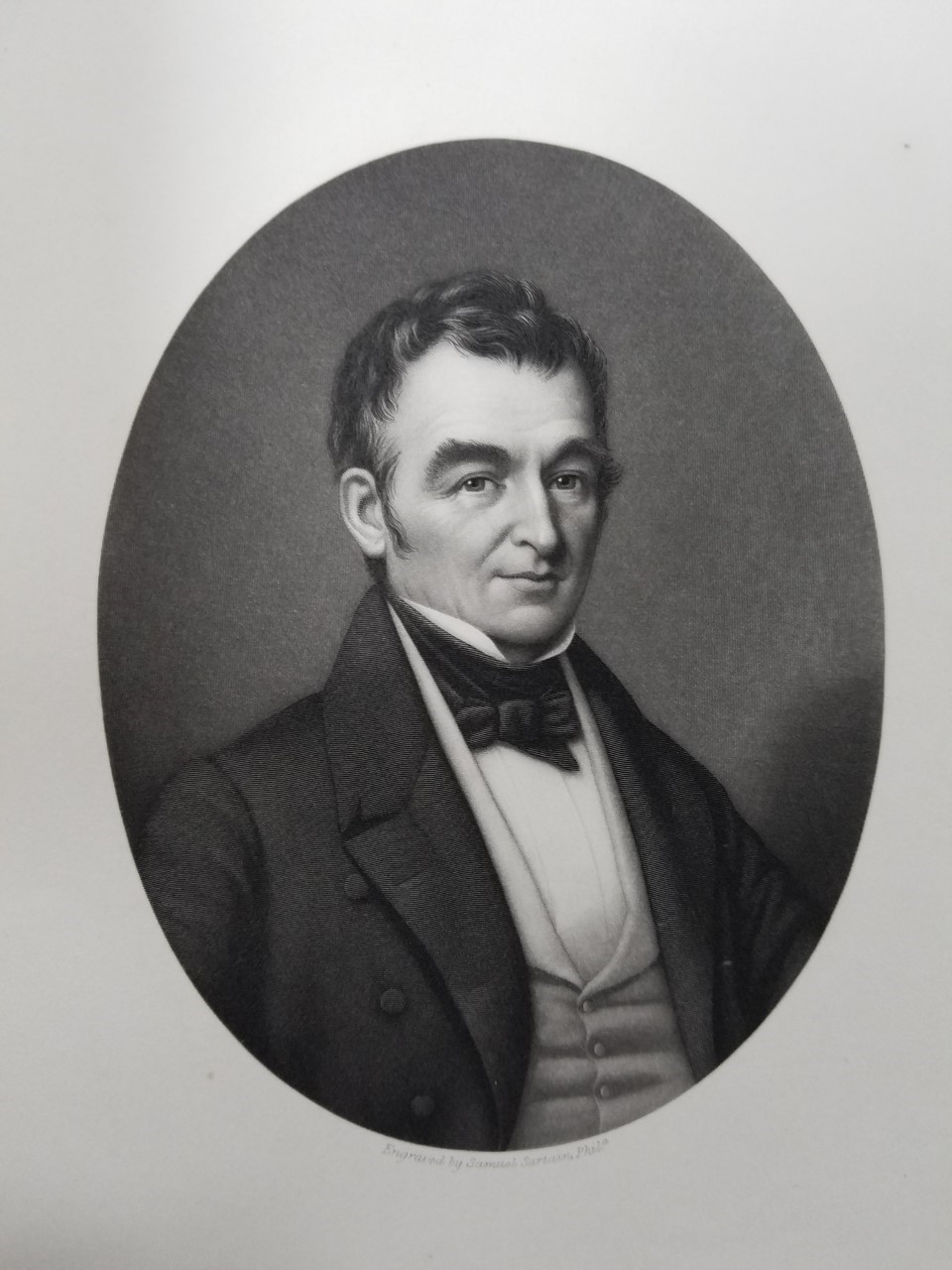 The hospital was located at State, Front and Second Streets open to “all sects, races and conditions of men”.  Hamot differed from St. Vincent because it was financially supported in 1888 by the annual income of $500 from a “generous citizen” and the fees of patients.

What good are hospitals without medicines?  What exactly were used in St. Vincent and Hamot were not found in my research; however, there were “medicines” developed here in Erie County that are worth noting.

Dr. P. Hall’s Celebrated Catarrh Remedy had a full-page ad in the 1888 book, and we have a framed color advertisement at the Historical Society. 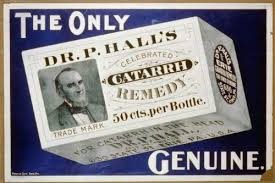 Being a curator and not a medical professional, I had to look up what “Catarrh” was.  The official definition is “excessive discharge or buildup of mucus in the nose or throat, associated with inflammation of the mucous membrane”.  Developed by Dr. Peter Hall who moved to Erie in 1843, he “made a close study of human ailments which has resulted in his discovering and manufacturing some well-known and highly prized remedies”.  This remedy was sold nationally as the following letter exemplifies and the money spent in advertising was prolific.  Multiple copies of the above pictured ad can be purchased on the internet.  For a buck in 1888, two bottles would have been mailed to you anywhere in the United States! 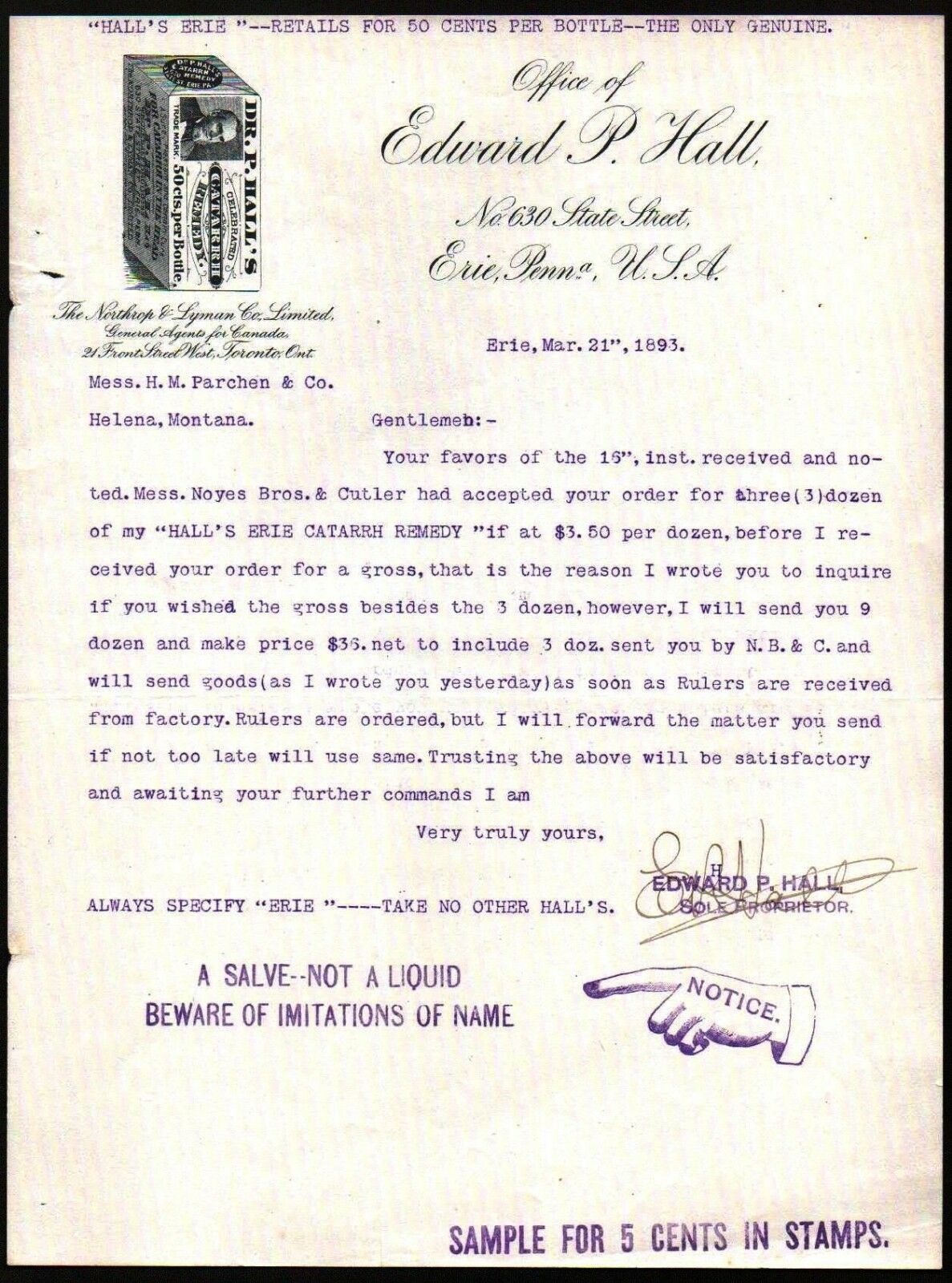 For the more expensive price of $1 for one bottle, the Oregon Indian Medicine Company of Corry Pa will send you “Ka-Ton-Ka, The Great Indian Medicine”.  The ingredients in this cure were all “gathered by the Warm Spring Indians in Oregon and Washinton Territory and prepared in their own peculiar manner; no druggist can duplicate that simple Indian preparation from his extensive stock of drugs and all his experience and knowledge combined”.  Ka-Ton-Ka also solved problems with catarrh as well as blood diseases and liver difficulties.  The Smithsonian provided the following image. 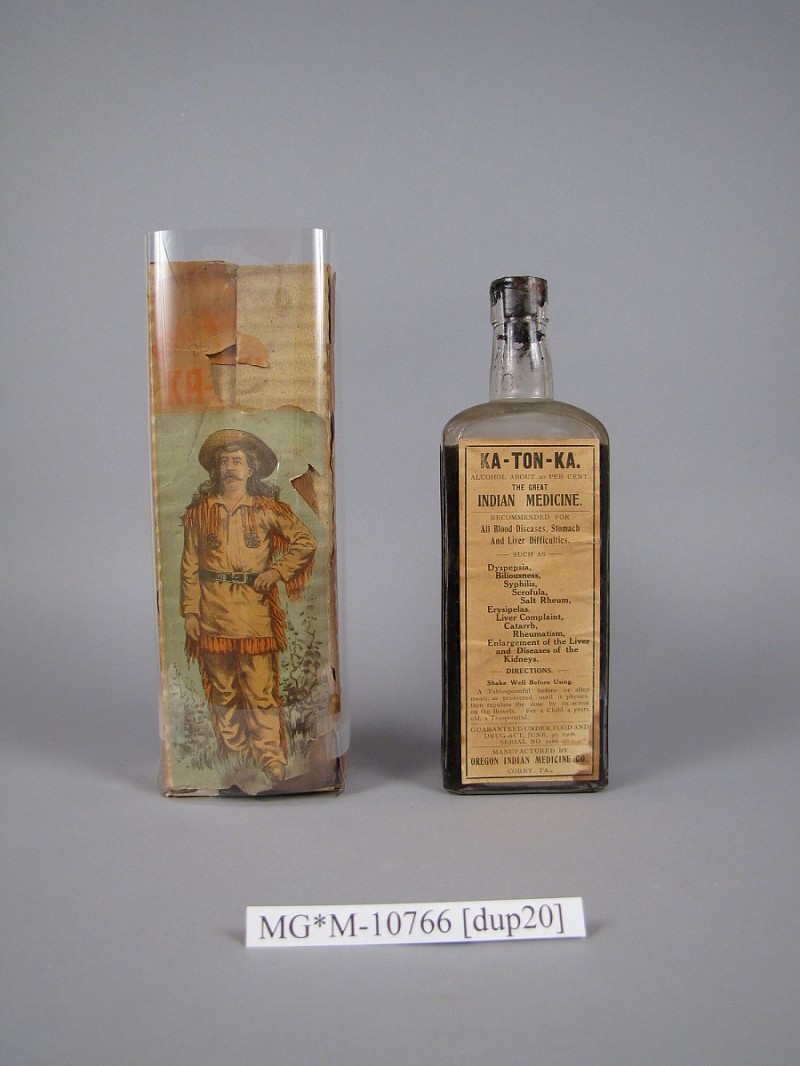 Finally, the most well-known “medicine” developed in Erie County but not mentioned in the 1888 book is Carter’s Little Liver Pills.  Created in 1868 by Samuel J. Carter, the name and formulation were sold to a New York Company sometime before the book was printed.  You may have heard the expression “He/She has more __________ (fill in the blank) than Carter has liver pills”.  In 1959, the word “liver” was removed because it was determined that the pill was proven to have nothing to do with the liver.  The pills were heavily advertised until the 1960’s (if you have Spotify, a radio ad can be located there) and according to my research, are no longer sold.

I’m grateful that we live in a time beyond the establishment of the Pure Food and Drug Act and the creation of the Federal Food and Drug Administration in 1906.  Our lives are enhanced with clean hospitals, well trained staff, and drugs that are constantly being developed and tested.  My hope that something to eradicate the Coronavirus will soon be on the horizon for “long life & happiness for all” the world’s residents.

Thank you to the Erie County Medical Society’s “Erie County Medicine History” for some of the information for this blog. Please refer to their site for an easy to read timeline of some Erie physicians and their accomplishments at www.eriecountymedicalsociety.org.