Long Life & Happiness to All Its Residents #14

In the year 2020, we all take for granted something which sometimes freaks us out when we don’t have it.  Any guesses what that is?  That’s right – electricity!  In 1887, the Edison Electric Light and Power Company was organized in Erie providing the first electricity for the city. 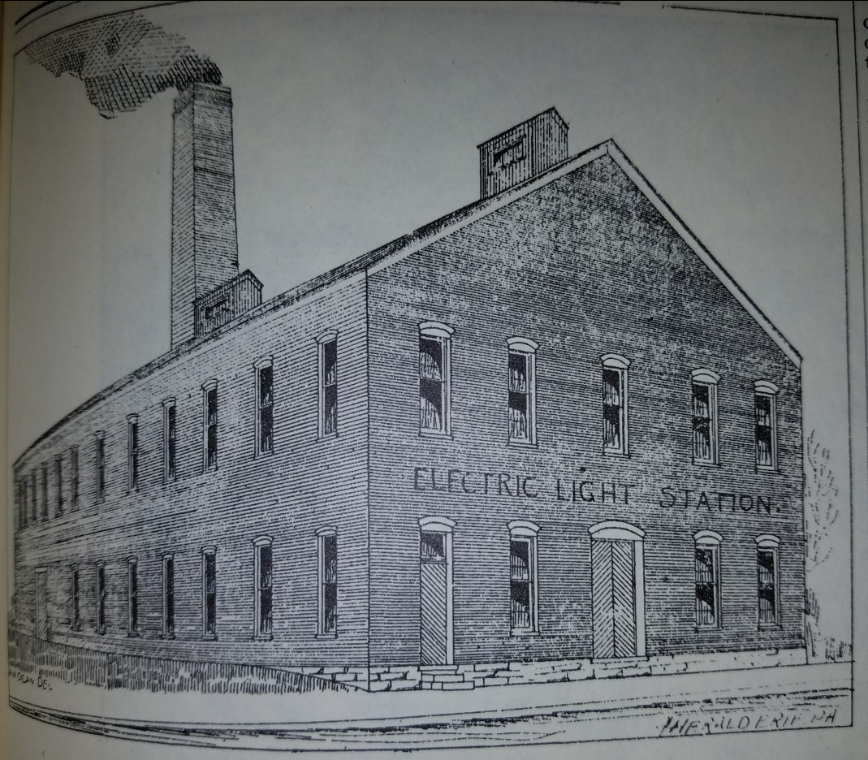 Located on the east side of Peach Street between 10th and 11th Streets, the company began providing power for street lighting then slowly, as demand grew, produced electricity for business and residential lighting.  Electric gadgets were not yet developed so a novelty found in the plant was an electric fan which “is evidently destined to become the inmate of every business and private house where current can be obtained to reach it”. 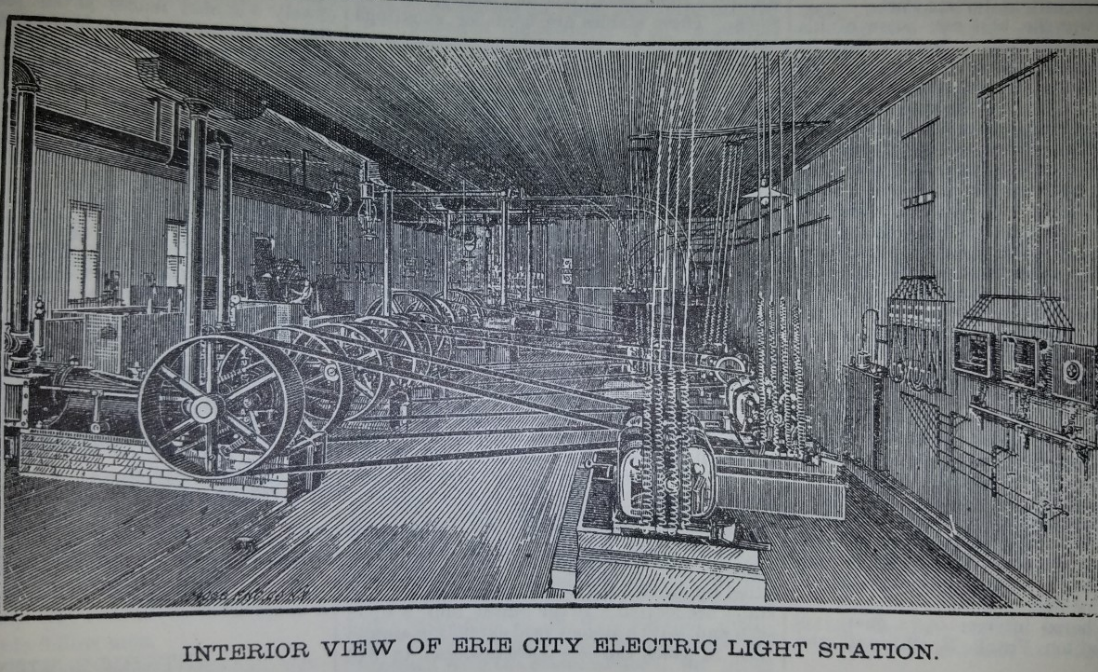 I thought now would be a great time to present a “virtual exhibit” of lighting related objects in the collections of the Erie County Historical Society.  Most of these things have never been on actual exhibit so you are getting a special “behind the scenes” look at what is in our care. 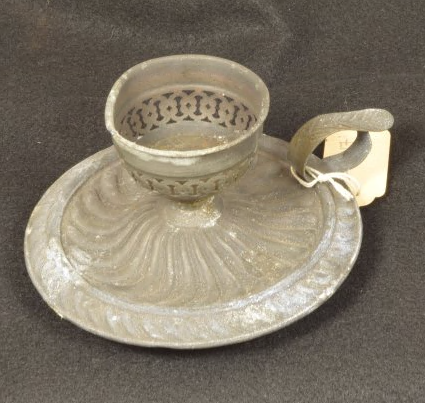 Pewter candlestick from Sweden.  200 years old when donated in 1910.

Victorian gas lamp lighter.  A lighter such as this would have been used in the Watson-Curtze Mansion.  Please note that the Mansion had both electric and gas lights installed when it was built in 1892.  Electricity was still a new and perhaps untrustworthy source. 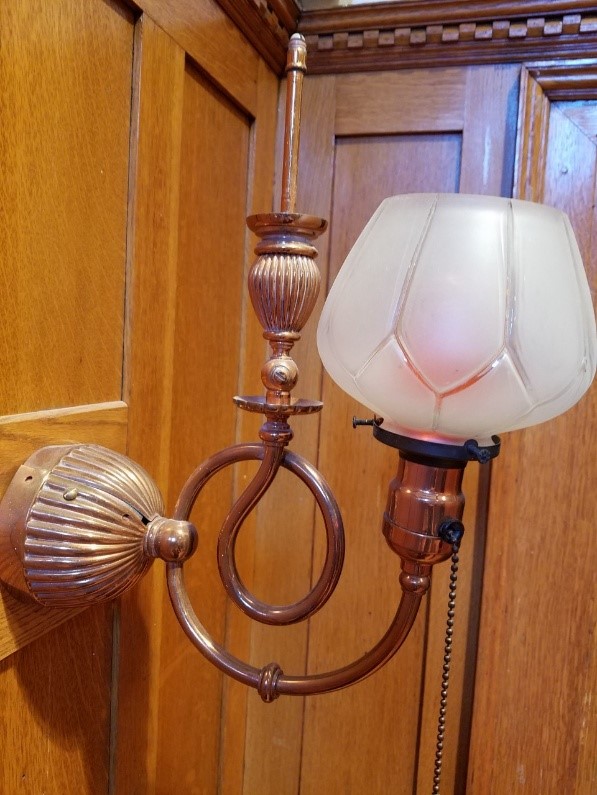 Wall light in the Watson-Curtze Mansion.

This lamp is made from salvaged wood from the Niagara when it was raised from Misery Bay in 1913. 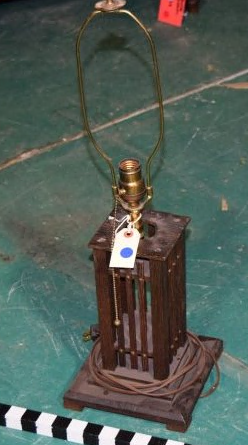 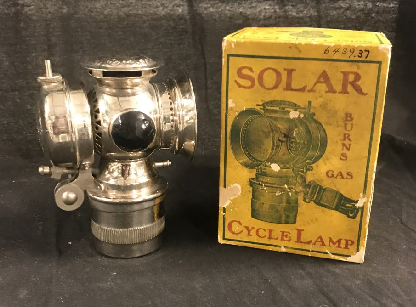 I love this Solar bicycle lamp powered by gas (acetylene).  This model was made in 1896 for the huge bicycle craze going on in the United States at the time.

1880 – 1900 Victorian parlor lamp.  Volunteer researcher Kevin Thomas noted that this style is often referred to as a “Gone with the Wind” lamp since they were used as props in the movie but were not invented yet during the time of the Civil War.  Often, these lamps are electrified for modern use. 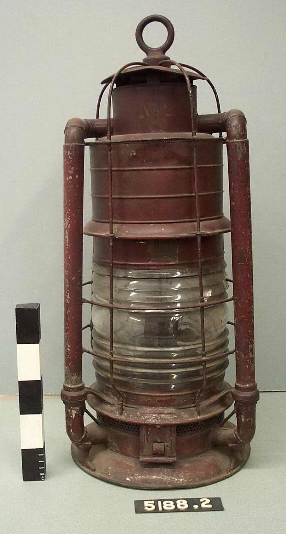 Signal lantern donated in 1937 from the old Federal Building at State Street and South Park Row (see blog #13).  Used by the US Weather Bureau. 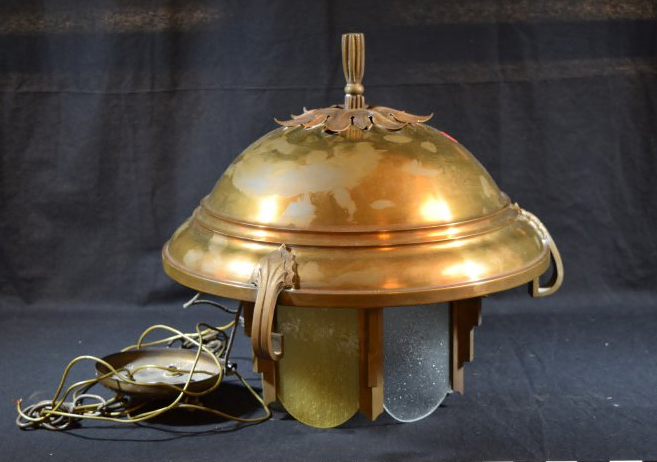 Donated by Temple Anshe Hesed before their building at West 10th and Liberty was sold.  This perpetual lamp was given in memory of Isador Sobel and Emma Auerhaim Sobel and hung in the Temple for many years. 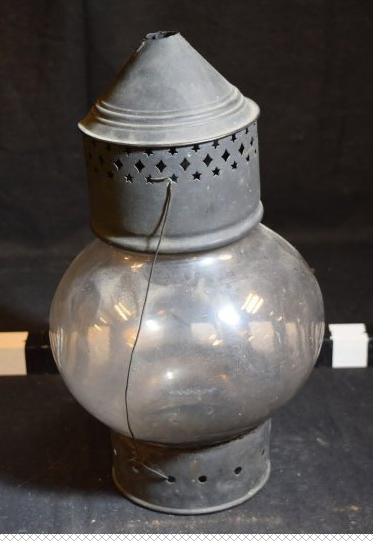 This last object in the exhibit is my favorite because of the wonderful story that accompanies it.  It was donated in 1941 and the following is from the original donation record:

The donor, F. Hartman, is 87 years old.  He says this lantern was used by the family for over 100 years right here in Erie Co., Pa.  Candles were first used in it, later "lantern oil".  Mr. H. says the globe is the original one, never broken.

“This feeble old man, Fred Hartman usually visited the Museum every few weeks bringing baskets of wildflowers in season, the first (pepaticas ?) and bloodroots in the Spring and the purple asters in the Fall.  Mr. Hartman always brought an old suitcase with specimens of rocks which he declared was gold or platinum.  These specimens he dug up near his cabin in Belle Valley.  Mr. H. was well informed about world affairs.  He was a hermit and at one time a keeper of bees.  He wore a long grey beard and long hair, was distinguished looking in spite of his high rubber boots which he wore winter and summer and his soiled clothing.  He usually carried a very long (Alpine stuck) walking stick.  On Oct. 28th, just 20 days after Mr. H. brought the lantern to the museum, he was found dead beside some wood he had been chopping to burn in his little cabin stove.  The ax lay beside the dear old hermit whose heart could not withstand the strenuous exertion he imposed on it.”

I hope you enjoyed this exhibit on light.  To conclude, here is a quote from Oprah Winfrey that I hope resonates with you.  “You have to find what sparks a light in you so that you in your own way can illuminate the world.”  Please be happy this week.