Long Life & Happiness to All Its Residents #17

Long Life & Happiness to All Its Residents #17

I have yet to reflect upon the earliest residents of Erie County, the native peoples who once lived here.  I’m overdue, and I apologize for my lateness because the 1888 book has so many fascinating stories to tell.  I will be featuring objects in the Historical Society collection you may enjoy seeing for they are rarely exhibited.

In 1820, Erie County still did not have a large population and most of the people living here were farmers.  In two separate locations in that year “bones in large quantities and a skeleton with a height of 9 feet” were found.  One location was near 26th and Holland Streets and the other was on the Warfel Farm which was near current day Buffalo Road and 18th Street.  Also, off the “Green Garden Road”, which in 1888 was west of the city limits, a mass of human bones was found.  They were bodies in a sitting position thrown together “almost as victims of a battle”.

These groups of native peoples were here before any recorded time.  Long before the days of carbon dating and other modern methods of determining the age of organic matter, researchers in the 1800s instead would cut down a tree growing on a burial mound then surmise that what underneath was much older.  In addition to the above-mentioned burial sites, mounds were found in Wayne Township between Corry and Elgin, Fairview, Girard, Conneaut, Springfield, LeBoeuf and Venango Townships. A tree was cut off a mound in Conneaut Township and was dated over 500 years old at the time.  Several years ago, I picnicked on a mound outside North East.  How did I know it was a burial mound?  It was a flat area surrounded by plowed farmland.  The noticeable mound had been undisturbed for many years with large trees and foliage growing.  No, I didn’t conduct a dig.  To disrupt a burial site is disrespectful and wrong.

In 1825, Frances Carnahan lived in Harborcreek Township near the lake.  He plowed up some beads and it was thought (and maybe still is) that these same kinds of beads were also found in Egypt.  We have one in the collection and it is pictured below.  A definite future research project for anyone who would like to take it on! 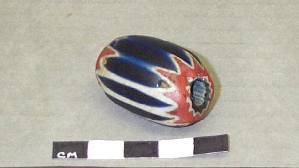 The Eriez or Kah-Kwahs people were visited by French missionaries to our area in 1626 and 1630.  The Eriez were exterminated around 1650 by the Iroquois which consisted of many tribes who lived-in modern-day New York, Pennsylvania and Ohio.  The Seneca tribe inhabited Erie County in 1740 when the French and English were trying to determine who had control of this territory.  I believe that the objects we have in the collection are from this period. They are pictured below.  These items are just a small sampling of what we have. 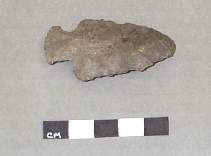 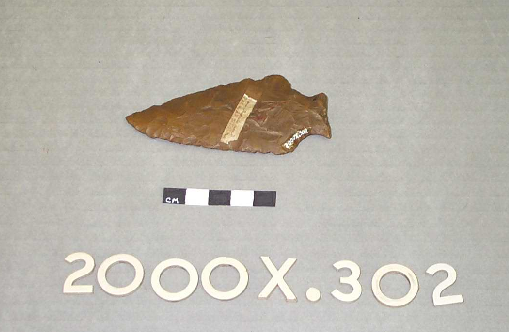 The most surprising fact I read was that the last recorded Native American incident was on May 29, 1795 (the same year as the founding of the town of Erie).  Ralph Rutledge and his son were scalped near the current area of 26th and Peach Streets.  Ralph was buried near the site and his son is the first American burial in Waterford.

I’m not sure if what I wrote above has anything to do with long life and happiness, but I am certainly happy sharing information about the people who lived here before us.  Enjoy this beautiful Summer!