Truly, there is no finer place to spend Summer than in Erie, whether that was in 1888 or today.  This Summer has been particularly fine with blue skies and warm temperatures.  Prior to the pandemic, there were plenty of events to attend and places to visit.  Now, not as much, so mentally I’ve been placing myself in some of Erie’s resorts in the 1880s.  Come visit them with me now. 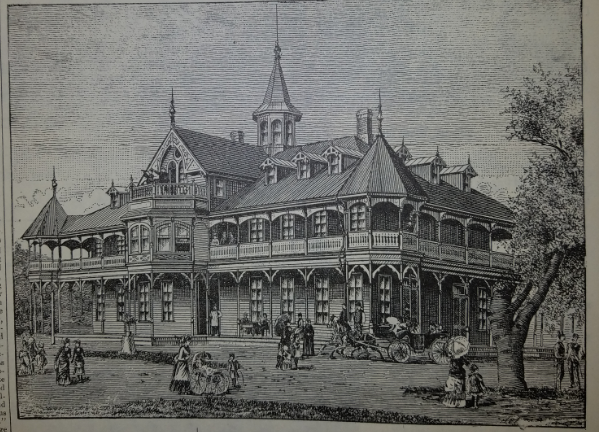 Located approximately ½ mile east of where the Peninsula connects to the mainland on the South shore of the bay.  This resort was established in 1874 in an almost inaccessible ravine which soon became very popular.  Enlarged the next year, the facilities were modernized, and a landing was constructed for steamers and sailing boats to bring in guests.  Visitors from Pittsburgh, Western New York, Eastern Ohio and West Virginia frequented the beautiful surroundings taking advantage of world class fishing, fish fry’s and a large dance hall.  Eventually, a carriage road was built on an easy grade from the “Lake Road”, current day West 6th Street.

Built in 1887 in current day Lawrence Park near Four Mile Creek, the grounds were originally part of the Crowley farm that had groves of apple trees.  This Victorian structure had its own gas well for lighting and heating, a landing for steamers and yachts, a refreshment hall and a dance hall.  The setting was said to be beautiful for views of the city to the west, and farmland to the east could be seen.

The inn burned down in 1902 and the property then became the Four Mile Creek Amusement Park. Bowling, roller skating, an outdoor theater and a roller coaster were features of the park, which allowed alcoholic beverages, unlike the new Waldameer Park which was “dry”.  A fire in 1919 destroyed the park and it was never rebuilt.  Today, the property is the site of the Lawrence Park Fishing Club. 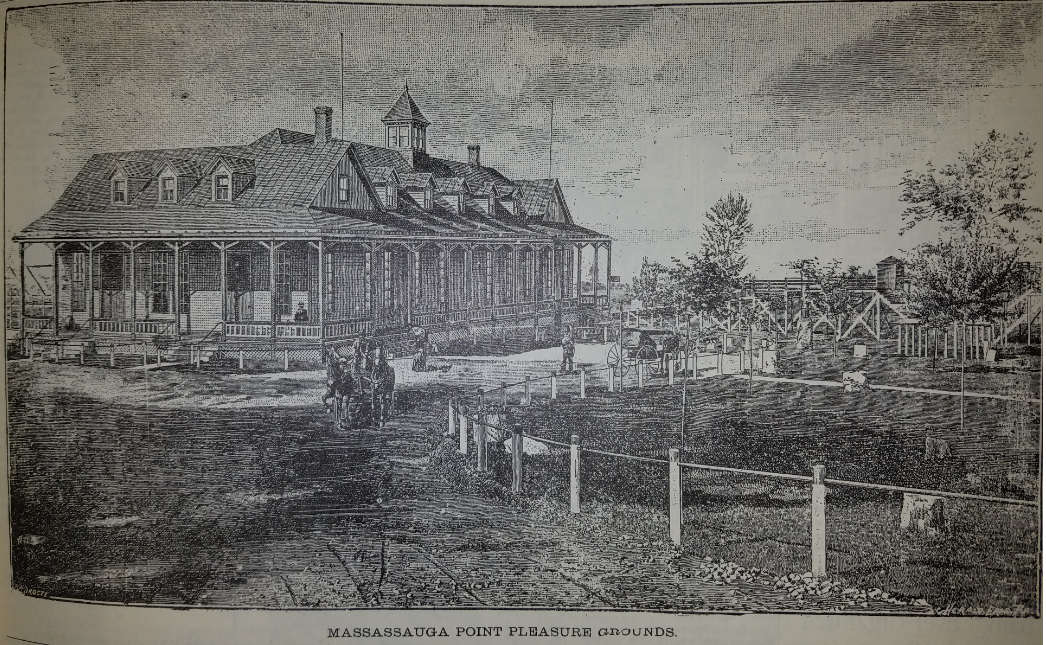 Said to be named after a tribe of Native Americans who bore tribal relations to the extinct Eriez or a species of rattlesnake that were found in this area in the late 1700s, the hotel was built in 1879.  It was located at the “Head” of the peninsula where it connects to the mainland.  Initially, it had a large gas jet located on a tall spar and the flame could be seen in Canada but was discontinued due to the possibly of misleading ships.  The building burned down in 1882 and a new hotel was built on its spot in 1885 including its own gas well, dance pavilion, and a roller coaster.  A landing provided a spot where a ferry between the city and the Head transported visitors every ½ hour.  Bass fishing and swimming were enjoyed in the Summer and duck hunting was popular in the Fall.  By 1891, the facility declined in popularity and the new Waldameer Park was built in 1896 very near to the Head’s location.

I hope you enjoyed this mental “staycation” wearing your Victorian finery, enjoying the lake breezes, and a delicious just caught fish fry.  May you find much happiness this Summer and are staying safe and healthy.