Long Life & Happiness to All its Residents #51

Hello, is anybody out there?  If you want to reach me you can call my landline, cell phone, email, use social media or send me a telegram.  What?  Nobody sends telegrams any more, but they did from 1847 until 2006 and we had a busy office here in Erie. 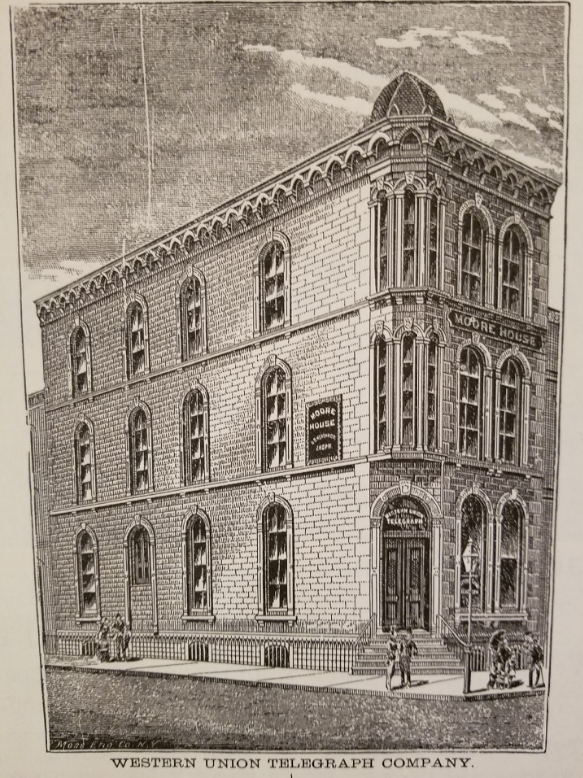 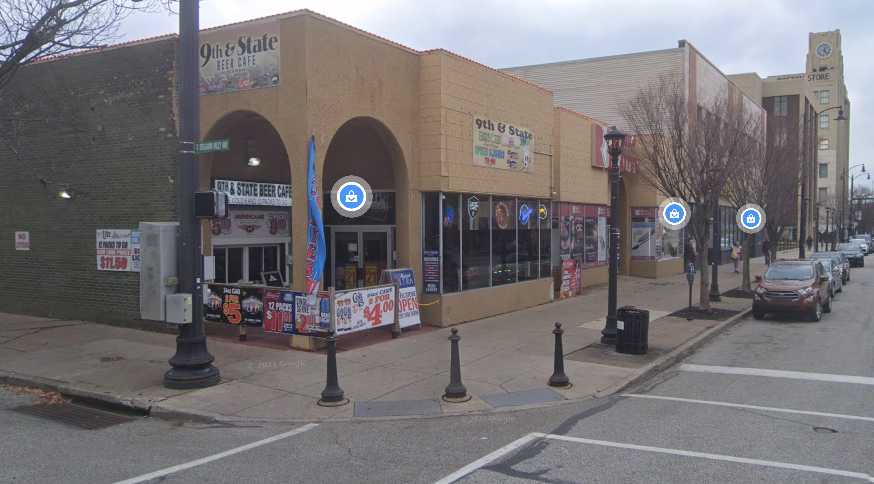 That same corner today – the beautiful building is long gone.

The telegraph was developed in the 1830s and 40s by Samuel Morse and other inventors. It revolutionized the way people communicated by providing a fast and efficient means to send messages over distances.  Quite simply, the system transmitted electric signals over a wire laid between stations. 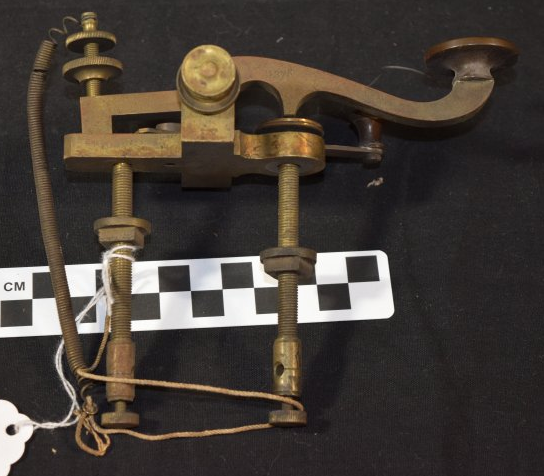 Telegraph key in the collection of the Hagen History Center.

Morse code was a set of dots (quick signals) and dashes (longer signals) that was assigned to each letter of the alphabet.  The first message sent by Samuel Morse in 1844 between Baltimore and Washington DC was “What hath God wrought!”. 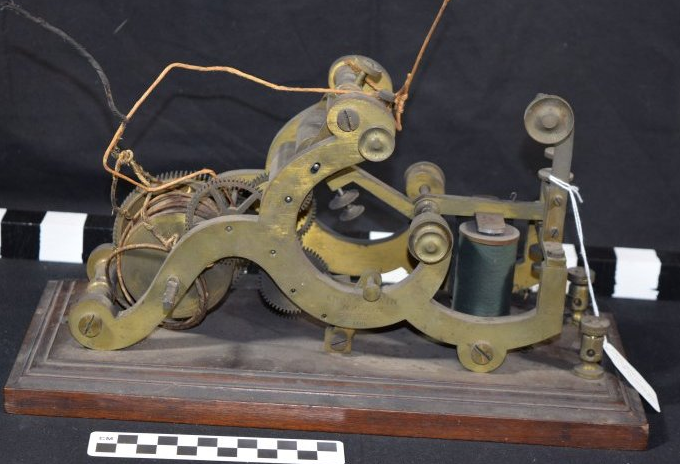 Telegraph receiver in the HHC collection. The receiver embossed Morse code messages on a paper tape to be translated by telegraphers. Many could translate messages by just hearing the code.

By 1866, a line was laid across the Atlantic Ocean from the US to Europe, and we have pieces of that in our collection as well.

Donated in 1901, this piece was produced by the Tiffany Company and was laid in 1858.

In 1888, 10 men were employed in Erie at the telegraph office, along with many line men and messengers.  In that year, 400 messages on average were received each day and 350 were sent.  All national news at that time came over the lines and what started as one line between Buffalo and Cleveland in 1847 grew to 50 lines that came into the office.  It was claimed that the Erie office was “as good as any city in the country”.

The telegraph became crucial to the manufacturing growth of Erie during the mid to late 1800s.  By 1876, the American District Telegraph Company began telephone service in town with 200 phones initially established.  The happiness of voice communication spread quickly, manufacturing grew, employment and population increased, and Erie became a national leader in many economic sectors.  Who haven’t you spoken to in a while?  Give them a call!