Long Life & Happiness to All Its Residents #52

We have quite the library at the Hagen History Center with hundreds of volumes on a variety of historical topics available.  You must be a member of the society to access those books, however; so please check on our website to join if you are not. Not only do you have access to the library and archives but to our exhibits as well.  We are currently not open to visitors but will be soon!

Erie history books are our specialty in the library, of course.  We have many great bound books and booklets written by members of the Erie community on some of the smaller surrounding communities and topics of interest.  Pictured below is the book I have been using as a guide for this blog and the reprint is truly a beautiful volume.  We have several original editions of this book as well. 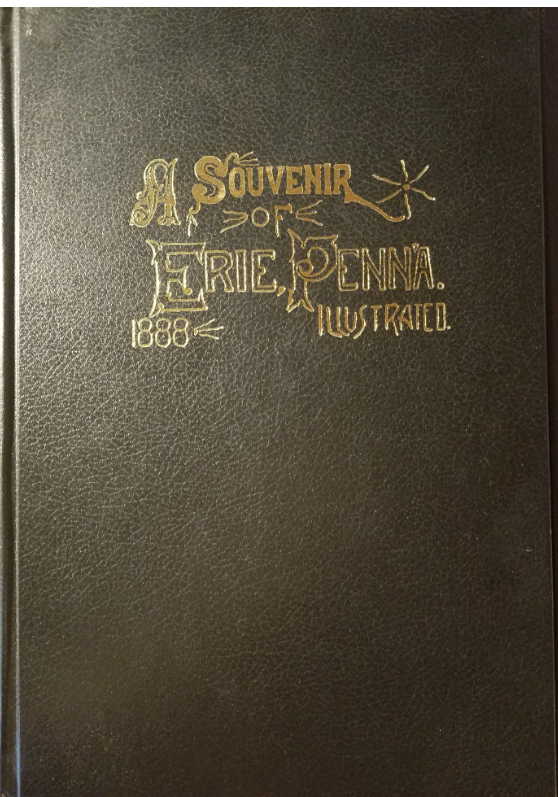 Historically, the wealthy always had private libraries in their homes. To make things more “democratic”, Benjamin Franklin established the United States’ first lending library, the Library Company of Philadelphia in 1731.  The National Library of Congress in Washington, DC followed when our country was formed.  Sadly, this building was burned in 1814 by the British during the War of 1812.  Thomas Jefferson sold his personal library in 1815 to initiate the rebuilding of that collection.

Erie was not far behind in forming our own libraries.  The Library Company of Erie was formed in 1806 (the town of Erie was established in 1795) and purchased $200 of books for a start.  After that, the Franklin Literary Association was formed in 1826, the Apprentices Literary Society in 1839, and the Irving Literary Institute in 1843. 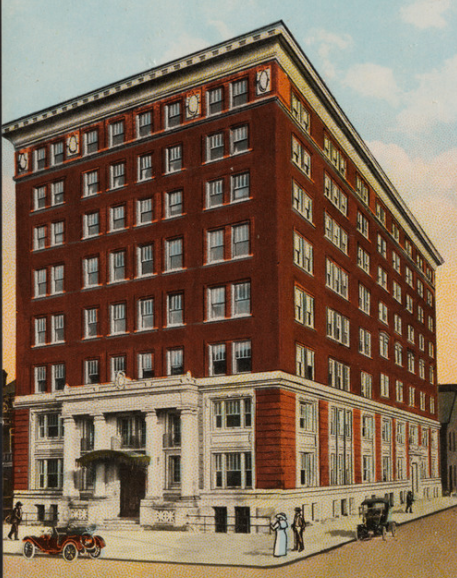 The biggest early library in Erie you may have never heard of was the YMCA which began in 1860.  A reading room was established there in 1861, and by 1884 the collection consisted of 6,000 books, along with 75 newspapers and periodicals.  The reading room was free to the public but if you wanted to take a book home, you had to be a paying member.  During the Civil War, daily news posts were tacked up in the rooms about the ongoing engagements.  The building pictured above was constructed in 1911 on the site of the original and is still on the corner of 10th and Peach Streets today. 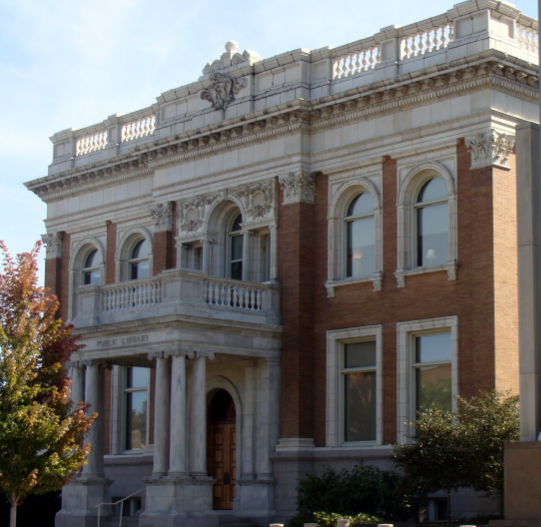 The Erie Public Library at 27 South Park Row was established in 1897, and dedicated in 1899.  It was operated in conjunction with the Erie School District.  In addition to Public Library and the School District Administration offices, the building also housed the Public Museum, and the Art Club of Erie.  In 1982, the library became its own entity as a branch of Erie County government separate from the schools.  Even growing up in the county, I remember many a high school research project spent in that building.  I thought it was fascinating.

In 1996, the Library building at 27 South Park Row closed and became part of the Federal Courthouse complex. That same year, the Raymond M. Blasco, MD Memorial Library opened as part of the Public Library System.  This modern building is so named because of a generous donation by Dr. Blasco to an endowment fund through the Erie Community Foundation as part of the Bayfront revitalization project.  Today, the Public Library has several branches throughout the County and a bookmobile.

I salute all those working in the Public Library System.  They bring me much happiness with their in-depth knowledge of their collections, their wonderful Heritage Room resources, and the Idea Lab which institutes a different concept of library use.  Overall, without books and libraries, I believe that life would be much more dull, and far less interesting.