“When the Hungries hit/Hit the Red Barn”

Many of our readers have told me that they didn’t care for history when they were younger but have really become interested as they got older. Part of this is nostalgia-looking back at a time in their lives when life was “simpler.”  Was it really, or have we created a mental image of our past that seems more simple, less rushed? Certainly, the influx of modern electronic technologies like computers, the internet and or cell phones have made instant information and communication at our fingertips has made life a little bit more immediate, more urgent. Remember the days before answering machines and cell phones? When you had to wait until you got home to answer the phone? A simpler time. This blog will look back at the not-so-distant past, and hopefully, rekindle some memories of that simpler time. 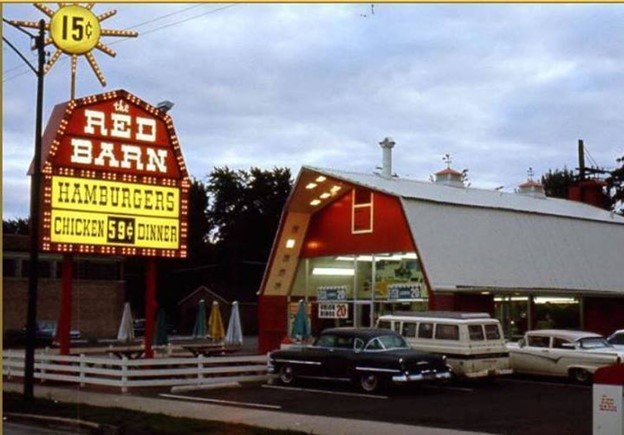 “When the Hungries hit/Hit the Red Barn” was the advertising slogan for an early fast food restaurant chain called Red Barn. Founded in 1961, 60 years ago, in Springfield, Ohio, by Don Six, Martin Levin and Jim Kirst. The chain would eventually have between 300-400 restaurants in 19 states, Canada and Australia, including Pennsylvania. Erie was home to 4 locations: 1920 East Lake Road, 3424 Peach Street, 26th Street and Peninsula Drive and 12th and Pittsburgh Avenue. The restaurants all originally were shaped like a barn, complete with the gambrel or mansard roof, a glass front and rather limited seating. Red was the predominate color of the exteriors and interiors. Customers ordered at a front counter, the same as in modern fast-food restaurants, and could eat there or, more commonly, take it home.

Red Barn restaurants featured a hamburger similar to a McDonald’s Big Mac called the “Big Barney” that featured two burger patties and a special sauce, the “Barnbuster” similar to a McDonald’s “Quarter Pounder” or a Burger King “Whopper” and, of course, fried chicken, made in the same style pressure cookers as the famous Kentucky Fried Chicken restaurants used. The “Big Barney” predated the “Big Mac” by several years. Some Red Barns also featured self-service salad bars, a very early innovation though probably not the first chain to do so.

Prices were, by today’s standards, cheap! A look at Red Barn ads from the 1960s tell of a .99 cent Chicken Dinner that included 3 pieces of fried chicken, potatoes (fries), Cole slaw and a roll! 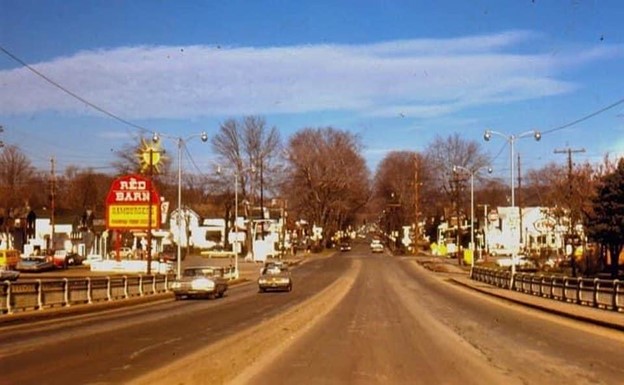 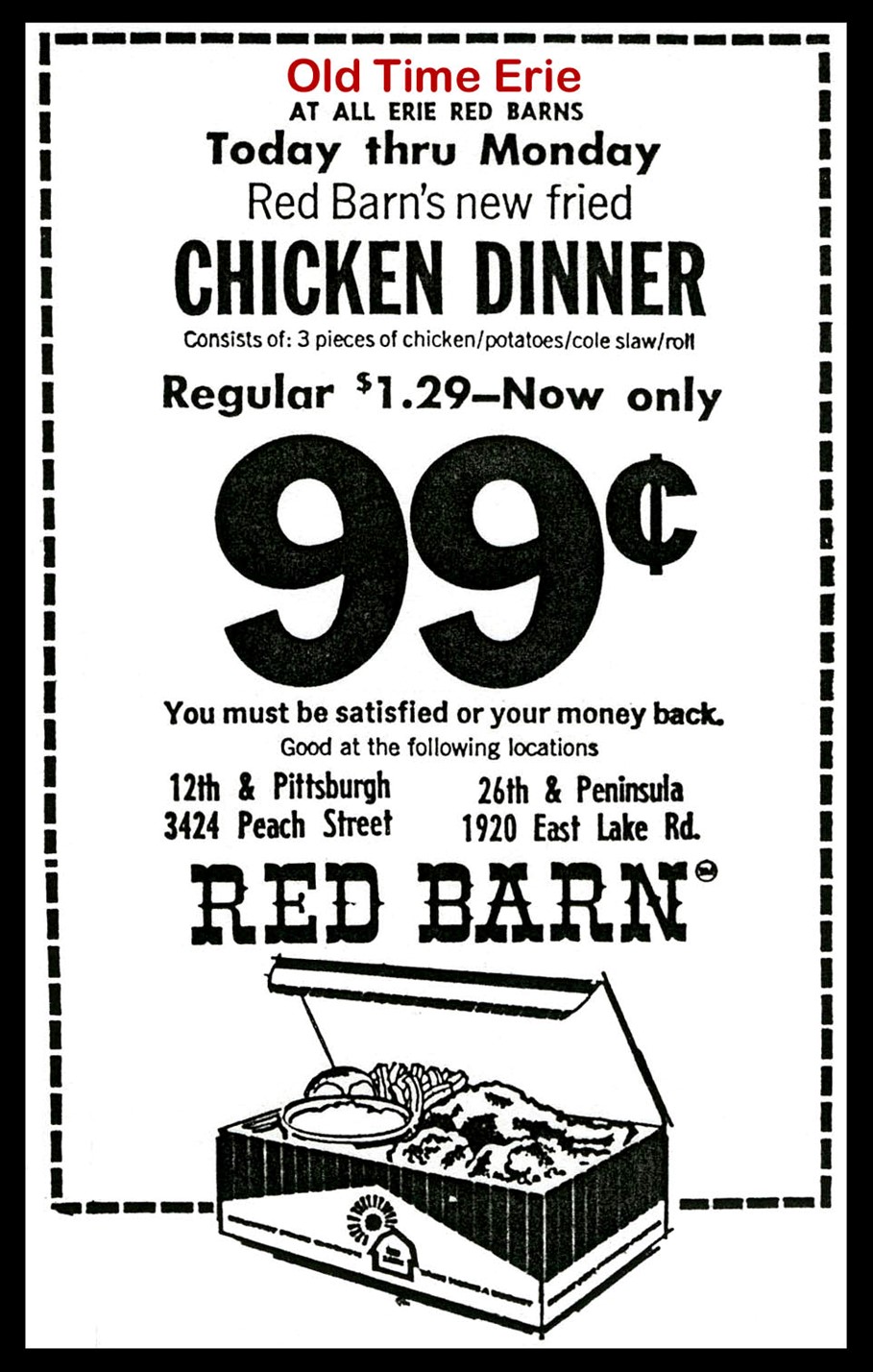 Red Barn advertised using three cartoon mascots “Hamburger Hungry,” “Chicken Hungry,” and “Big Fish Hungry.” Ads featured the slogans “When the hungries hit/Hit the Red Barn and “ You’ll find more of what you are hankerin’ for, at the Red Barn.” The cartoonish mascots were, or course, featured in all of the franchise’s television commercials. 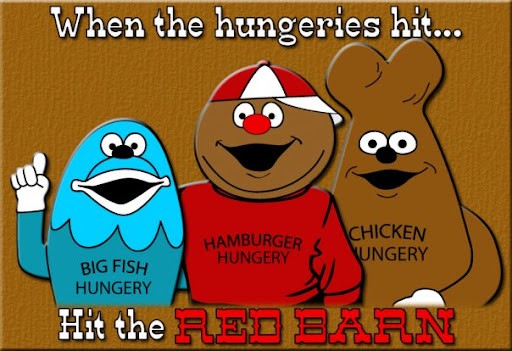 So, what happened to Red Barn? An all-to-familiar story. Red Barn was a relatively small chain, and as the 1970s wore on, they simply could not compete with the deeper pockets of the major national fast-food chains like McDonalds, Burger King and the up-and-coming Wendy’s Old-Fashioned Hamburgers. A series of corporate buyouts and restructuring spelled the end of Red Barn. A few restaurants continued as “The Farm,” in Australia, Racine, Wisconsin and Bradford, Pennsylvania, maintaining the same menus and the barn-shaped buildings, but the last franchise closed in 2020. The Australian Red Barns were sold to McDonalds and converted.

Look around as you drive around for buildings with that familiar shape. It may very well have once been a Red Barn. Hopefully this blog will have you hankerin’ for a “Big Barney” and the not-too-distant past.