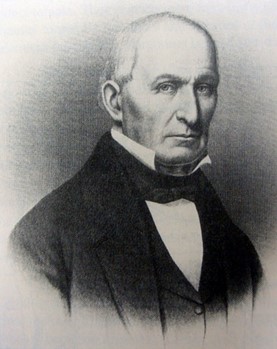 Most readers are familiar if not very knowledgeable of the achievements of Captain Daniel Dobbins and his cooperation with Oliver Hazard Perry in building the fleet that would defeat the British on Lake Erie. It was, in fact, Daniel Dobbins that convinced the authorities in Washington to build a fleet in Erie’s protected bay in the first place. Dobbins would miss the famous battle because his ship had returned to Erie from the western end of lake for supplies.

What many are not aware of is the problem child of Daniel and his wife Mary. Stephen Decatur Dobbins, born in 1815, was that child. Little is known about his early life,, other than it was troubled. Decatur had attended Jefferson College in Washington County, Pennsylvania (now Washington & Jefferson College), but did not graduate with his class. Fearing her son had gone to Texas, Mary Dobbins wrote to the school for an explanation. Decatur took this as a humiliating intrusion into his affairs and accused his mother of disgracing him.

Young Dobbin’s future wife Charlotte was also a source of conflict with his parents. He believed his parents did not approve of her. Decatur wrote to his mother, “If you love me, I hope you will also love her.”

In 1833 Decatur received an appointment to the United States Military Academy at West Point, New York but dropped out do to the “consequence of my ill health,” In 1834 he reentered West Point but did not graduate with his class in 1837.

The elder Dobbins was able to secure a position in the United States Army for his son who was for a time assigned to Ft. Wood, New York. Today, the 11-pointed base of the Statue of Liberty in New York harbor is the site of the fort, designed to help defend the city from attack. Decatur served as a Lieutenant in the 3rd U.S. Infantry.

Soon, however, money troubles plagued him. Hs father believed him to be irresponsible in regard to money. Decatur even told an Army friend his father had severely reprimanded him over the issue. Soon, Decatur asked his parents to support his wife and their son since he could not. His parents could not say no, even though they were in their 60s.

A friend of Mary Dobbins told her she thought Decatur was a fine young man, possessing a superior mind but far too generous and that military life would cure him of that trait. She was wrong. In 1839, Decatur had left Ft. Wood and was serving a tour in the Arkansas Territory. He wrote his mother that Charlotte and their son, then with him, were fine, but that the Cherokees were “unsettled.” The next year he was at Ft. Fanning, Florida. It was in Florida that everything fell apart. Decatur wrote to his father that as disbursing officer he had loaned $900 from the regimental fund to officers, some who had been dismissed from the service for misconduct. Decatur begged his father to help him pay off the $900, for the sake of his wife and son, or he too would face charges and be ruined. He threatened suicide rather than be disgraced.

This threat caused great distress to both Daniel Dobbins and his wife who could not eat or sleep. The elder Dobbins raised the money and deposited it in an Erie bank. An Army officer took charge of it. Despite the scandal, Decatur Dobbins was soon facing more financial problems. Indebted to several Army officers, he was again bailed out by his father.

In 1846, Decatur again was looking at a possible court-martial for taking double pay for the same month. The elder Dobbins remarked that his son must be temporarily insane to have done such a thing. He claimed that his son’s mother-in-law moving in with he and his son might have been the reason.

Decatur Dobbins was at the time serving with General Zachary Taylor’s army in the Mexican War. The financial charges were combined with rumors that young Dobbins was neglecting his family, gambling and carousing. Army court martial records repeatedly describe him as intoxicated. His personal finances were a mess. Daniel Dobbins was about to disown his son; Decatur’s brother William bad already written him off, but again, his father bailed him out financially.

At this time, word arrived that Decatur had been slightly wounded in action in Mexico. Some of his friends suspected that General Taylor had sent him in harm’s way so he could attain some level of success and be mentioned favorably in the official reports, a major desire of military officers seeking advancement. Decatur Dobbins saw himself as fearless and spoke calmly about dying for his county. After one skirmish in Mexico in which Decatur killed at least 12 Mexicans, he asked his brother to urge their father to contact his political friends in high places and urge a promotion. His father came through again for his son.

In August 1846, Decatur wrote a letter to his father recognizing his help over the years and promised to mend his ways. He also reminded his father of the bills he still owed.

Within only a few months, Decatur was in trouble again. In January 1847 at Tampico, Mexico, Decatur was charged with stabbing a fellow officer with a fork and hitting him with a board. He claimed the officer was drinking heavily and picking on him. He was arrested and confined to his quarters but managed to get into another argument with another fellow officer and hit him. General Winfield Scott, a strict disciplinarian, ordered anther court-martial. This time, Decatur was charged with conduct unbecoming an officer and gentleman, being drunk and hitting a superior officer. The verdict of guilty was handed down.

Once again, however, Daniel and Mary Dobbins managed to write letters to the right people in positions of authority, including James Buchanan, then Secretary of State, and Secretary of War William Marcy, and Decatur was restored to rank and command.

Daniel and Mary Dobbins were mentally and physical drained, perhaps somewhat financially drained as well by the constant disruptions of Decatur. The young officer’s troubles would only end when he took his own life after killing another man in cold blood in 1851. He was buried in Texas.

Following his son’s death, Daniel Dobbins’ health declined rapidly. He died in February 1856. Mary died in 1879. They are both buried in the Erie Cemetery.