Reflecting on 70 years of the Barber National Institute’s history

When Gertrude Barber opened the first class for children with intellectual disabilities, she began a journey that would not only change their lives, but the future of thousands more children, adults, and families. Indeed, her work led to the founding of an organization that would become known across the state and the nation for its pioneering services.

The Barber National Institute, this year marking its 70th anniversary, now serves more than 6,200 children and adults in locations throughout Pennsylvania. With more than 2,000 employees, it is ranked as the tenth largest employer in Erie.

The story of the organization’s founding and its growth is, in many ways, a reflection of the community where it was born. Dr. Gertrude A. Barber was the child of an immigrant mother, Kate Cantwell Barber, and a first-generation Irish American, John Joseph Barber. The family patriarch died during the Spanish flu epidemic at the age of 45, leaving behind eight children, and one child on the way. 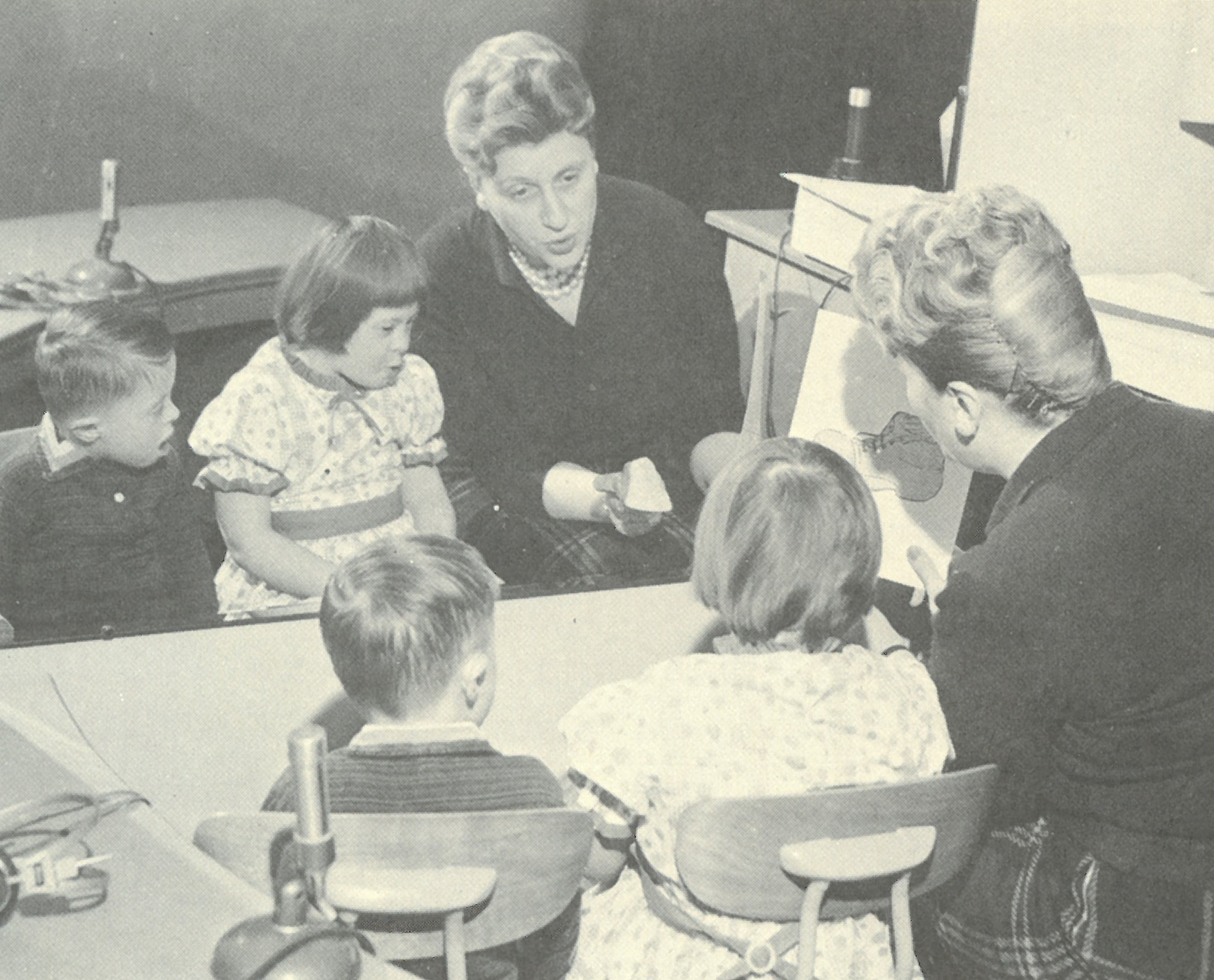 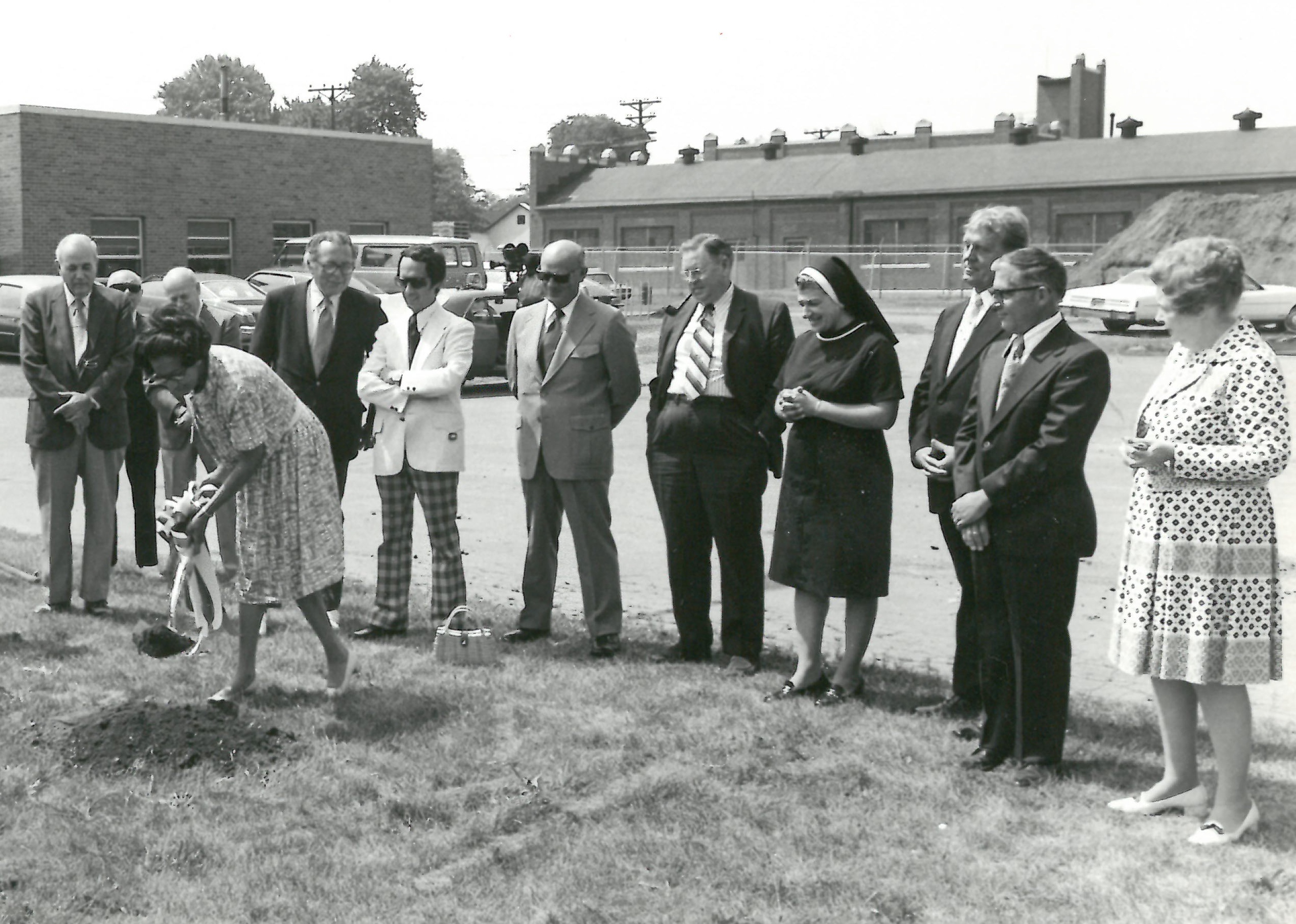 Kate Barber was determined that her children would all receive an education and instilled in them a commitment to public service. For a young Gertrude, this led to a career in education, where she became the first woman to serve as an assistant superintendent in the Erie School District. Starting as a teacher, and later as a school psychologist, she had to tell parents that the schools could not accept their children with intellectual disabilities, and their only options were to keep those children at home or send them to a distant institution. This sad situation was the case across the country.

The burden wore heavily on Barber, especially considering her own family’s circumstances. “All I could think of was that our mother had nine children and she never had to send any of us away. It all seemed terribly unfair,” said Dr. Barber.

She became determined to find another way. She gathered parents and teacher friends and, in 1952, formed a class for a small group of children. They borrowed a room at the Erie YMCA and developed their own teaching materials.

Word began to spread, and more parents wanted this hope for their children. Dr. Barber began classes at more sites, including the Erie Boys Club and Hamilton School, and a workshop to teach adults basic job skills.

Classes were popping up around the community when, in 1958, what seemed like a miracle occurred. A vaccine for polio, which had been a devastating disease, was developed. The City of Erie no longer needed its communicable disease quarantine hospital located at the foot of East Avenue. Erie safety director Mike Cannavino proposed giving the property to Dr. Barber, and on July 1, 1958, Erie City Council approved leasing the site to her organization for $1 a year. 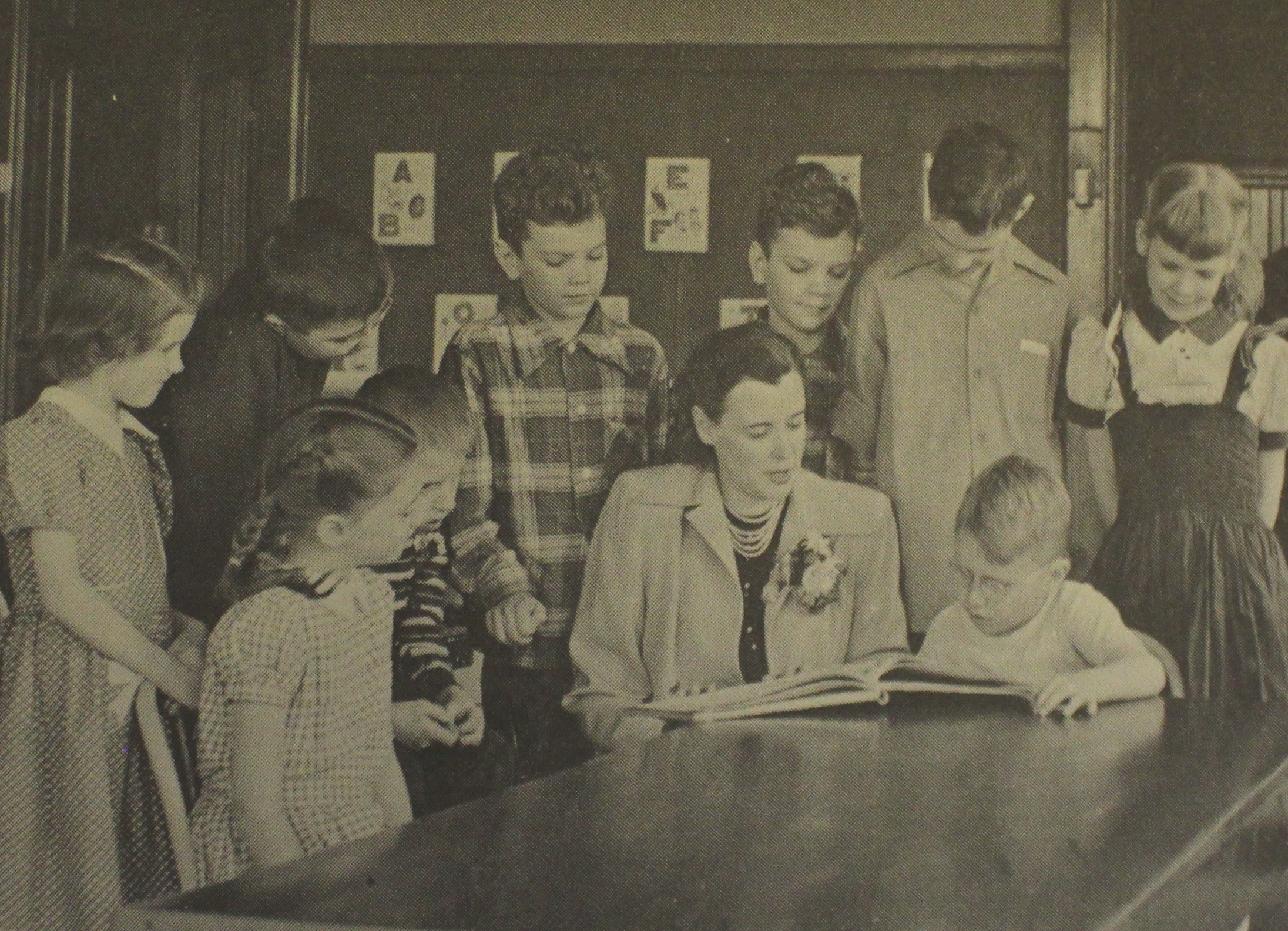 In the early 1940s, Dr. Gertrude Barber started her career as a teacher in the Erie School District. 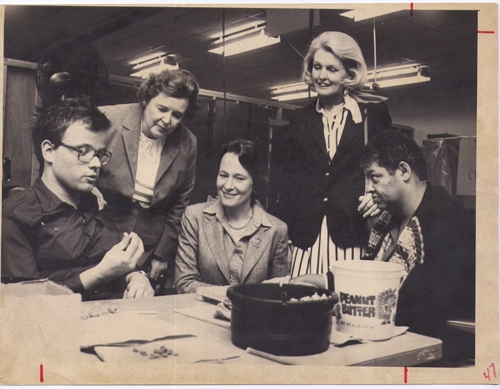 “Finally,” she said, “We have a place that we can call home.”

Early volunteers recall going into the vacant building to move out iron lungs, huge metal boxes that encased children and helped them breathe. Hospital wards were turned into classrooms and an adult workshop. In 1963, they received state accreditation for their approved private school.

Within the decade, ground was broken for new buildings to house more programs. Soon, they added a gymnasium and a natatorium that included a pool with a floor that could be raised to roll in wheelchairs. Dr. Barber was determined that no one would be excluded from the services.

Around this time, Pennsylvania lawmakers passed the first legislation to fund mental health and mental retardation programs. After years of relying on spaghetti dinners and ladies’ tea parties, they now had some public funding to count on.

More landmark legislation passed in the early 1970s that moved people out of state institutions and back to their home communities. As the first site in Pennsylvania to receive residents from state institutions, the Barber Center set up accommodations to house the adults, many of them carrying their life’s possessions in a paper bag as they returned home.

The center also began expanding beyond its east bayfront campus, opening satellite campuses in Corry in 1979 and in Girard in 1981.

More services, including those for persons with behavioral health challenges, were developing. In 1986, what is now the Supported Employment program began helping adults with disabilities locate and train in jobs with businesses in the community.

In 1990, then Governor Dick Thornburg asked Dr. Barber to expand her services to Philadelphia, where she opened group homes and a day service for adults. A decade later, she would be asked to do the same in Pittsburgh.

As a new century dawned, a major building project was undertaken to create the Barber National Institute, with a state-of-the-art school on the site of the former polio hospital and facilities for training professionals in cutting edge disciplines. 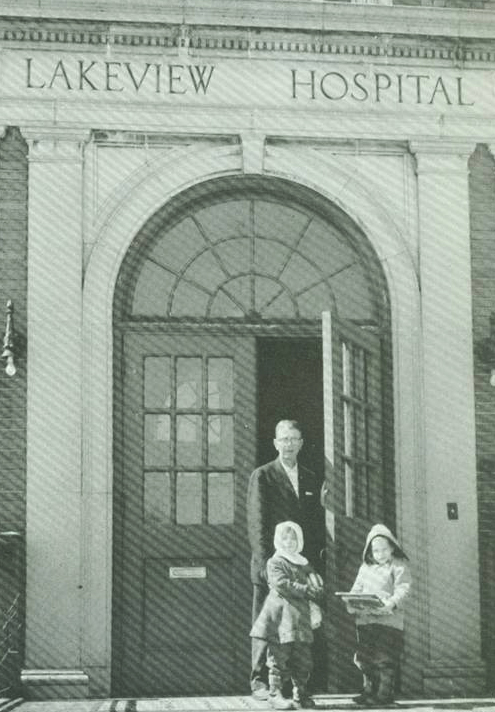 The former Lakeview Hospital, was the city’s communicable disease hospital, before it was deeded to become the Barber Center in 1958.

Dr. Barber passed away suddenly in April 2000, and her nephew, Atty. John Barber, was appointed to lead the organization into the 21st century. The legacy continues as the school became the first in Pennsylvania to earn a School of Excellence designation, 95 group homes serve adults across the commonwealth, and literally hundreds of adults have jobs in their communities. Facilities in Warren, Bedford and Somerset became Barber National Institute campuses.

Soon after her death, former Governor Thornburg said, “As the champion of those without a voice, she sought to secure their dignity and respect within the communities where they lived and worked.”

Even as additional legislation brought more opportunities, Thornburg said, “In the final analysis, it is the day-in, day-out work of great humanitarians such as Gertrude Barber which has made the greatest difference in the lives of those most vulnerable within our society.”

In establishing an identity for the organization, Dr. Barber chose an emblem she knew well. The three leaves of the shamrock represent dedicated employees, valued families and individuals served, and volunteers who helped launch the dream of greater hope and opportunity. The stem, according to Dr. Barber, represents the organization’s deep roots in the community that still support her vision.

In a book about the founding of the Center, Erie Times-News editorial writer Ed Wellejus said, “I have always felt the development of the Barber Center is one of Erie’s greatest post-World War success stories.”

Families have moved to Erie to receive services for their children, employees have made careers providing innovative services, and the organization founded on Erie’s east bayfront has spread across Pennsylvania. The daughter of an immigrant inspired a movement that continues meeting the new challenges of the 21st century.