On this 80th anniversary of the Japanese attack on Pearl Harbor, we should remember at the sacrifices that people with Erie County connections made then and throughout World War II.   The war reached into nearly every aspect of American life in those years and forever changed this county, this country and the world.

A group of Erie County residents is at work on a book to commemorate Erie County’s role in the war. This book will carry the names and stories of all those 727 people commemorated on the World War II memorial at 26th and State Street. It will go beyond that to include stories of many men and women who served and survived, the mobilization of Erie County’s industrial capacity, and the many varied efforts of civilians across the county – from Albion to Waterford to Corry and the city of Erie.

The volunteers hope to have the first volume ready late in 2022. Anyone interested in joining in this effort is invited to contact Bill Welch at billw917@hotmail.com.

Doug Squeglia is one of the volunteers on this project. He has compiled information on most of the people listed on the memorial. His research will comprise the bulk of the material on those who died. They include:

William Starks Moorhouse, a musician on the band of the U.S.S. Arizona was killed in action when a Japanese bomb set off a massive explosion that destroyed the battleship. His story was also featured in Sunday’s Erie Times-News.

Orville Munger Street, a radio operator in the U.S. Army, died hours later when the Japanese attacked U.S. airfields on the island of Luzon in the Philippines. He was posthumously awarded a Silver Star for staying at his post despite the intense air attack which claimed his life.

Two men on the memorial died before the war began but were part of the defense of North America that had spurred intensified military activity and training across the United States and its possession.

Charles Chiamardas died May 19, 1941.  He was a musician with the Pennsylvania National Guard unit from Erie, the 112th Infantry Regiment of the 28th Division. 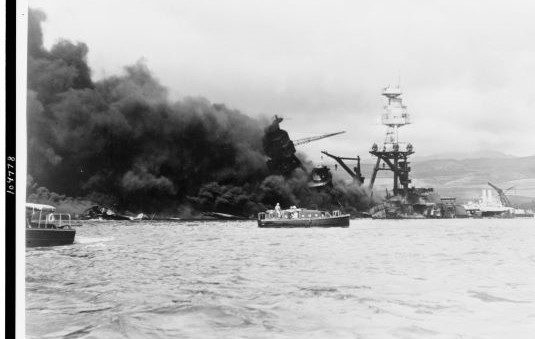