Many of you Erieites, as well as others throughout the US, know and love the Marx Toy company.  Louis Marx & Company was founded in 1919 by Mr. Louis Marx and was located at 200 5th Avenue, in New York City. During the Great Depression, in the early 1930s, the company acquired manufacturing plants in Erie, Pennsylvania; Girard, Pennsylvania; and Glen Dale, West Virginia (near Wheeling). The Erie plant, being one of the largest, opened in 1933. A year later in 1934, the Girard plant was purchased. 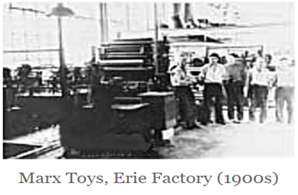 The Sindy Doll, along with many of Marx Toys other dolls and figures were manufactured at the company’s Glen Dale plant. Sindy was pale skinned with blonde hair and wore a floral dress. She also had her friend, Gayle who was dark skinned with black hair and also wore a floral dress. Sindy had a large array of accessories and furniture that complimented her line. Here at the Hagen History Center, we have a Sindy Doll and four of her chairs in their original boxes. 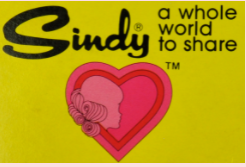 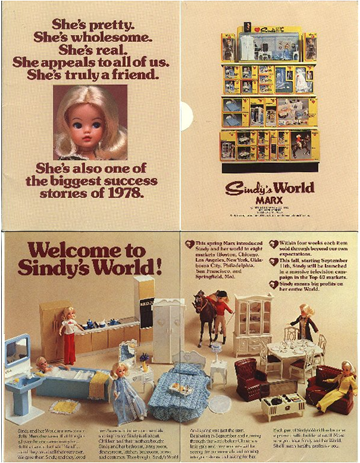 Inner pages of a brochure. 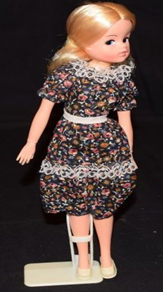 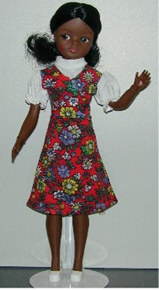 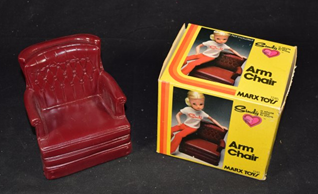 One of the four Sindy chairs from the Hagen History Center collection.

Sindy was believed to be created as a competitor of the Barbie doll. She was meant to be a younger, simpler version of the glamourous Barbie. Barbie was, and still is known for her more mature and beautiful looks. She also has her many furniture pieces, homes, and cars. Sindy, on the other hand, was meant to portray the girl next door look. Yes, she had plenty of accessories, but they were nowhere near as extravagant as Barbie’s. Sindy Dolls, like Barbie, would come out with many more versions of her in order to reach out to a variety of girls. Even with Marx Toys popularity and the growth of Sindy’s line, Barbie always seemed to be one step ahead. 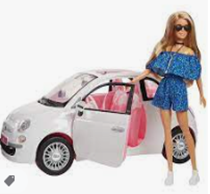 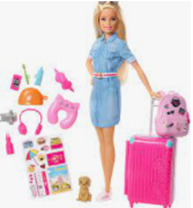 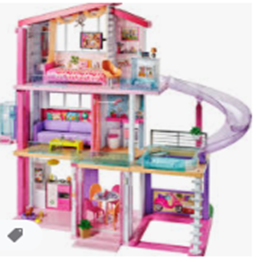 No matter what, if you were to ask any woman today they would say how much they loved their dolls. Even though Barbie may have been more popular, Sindy stole some hearts of her own. Sindy, along with Marx Toys as a whole, is not around today. Barbie is still kicking and moving full steam ahead with new looks, clothes and accessories.