Before I moved to Erie in 2016, I lived in Fairfax County, Virginia for over 30 years. Fairfax County is just across the Potomac River from Washington, D.C. During the Civil War the corridor between Washington and Richmond was a hotly contested battleground. Thus, the war played a heavy hand in Fairfax County from 1861-1865 and while I lived there, I visited many of its historic sites.  One of these was the Blenheim House near Fairfax Courthouse, about 17 miles west of Washington, D.C. The Blenheim House has an Erie connection which I will explain shortly. (Note: During the Civil War, the house was known as the Wilcoxon House. It was renamed Blenheim House in about 1900).

The two-story house was built by Albert and Mary Wilcoxon in 1859 to anchor their 300-acre farm. When the war came in June of 1861, they vacated the house, and it was then vandalized by Union troops enroute to Manassas. This vandalism was described in the August 17, 1861 Richmond Dispatch, “The house of Mr. Albert T. Willcoxon [sp], a brick building recently erected and fitted up in handsome style, was entered by them [Union Soldiers], the window glass and sash almost entirely demolished, the doors torn from their hinges, the stair banister broken down, and the furniture not removed split to pieces.” The Union soldiers did not stay long as they retreated back across the Potomac River after their defeat at the Battle of First Bull Run on July 21, 1861. 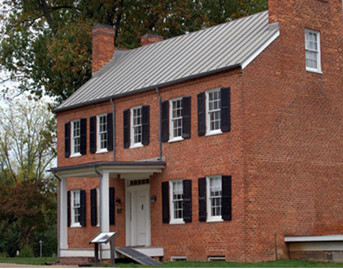 While no major battle was fought at Fairfax Courthouse, it was a frequent bivouac site for both armies, but primarily Union troops. In March of 1862, Union troops returned to Fairfax Courthouse and some troops occupied the town almost continuously until the end of the war. Blenheim House was one of the few houses near these bivouac sites and it was used by Union soldiers as either temporary lodging or hospital quarters. The Wilcoxons returned to their house in March of 1863 after they swore an oath of allegiance to the Union.

One of the most interesting aspects of this house was the large amount of graffiti written by Union soldiers on the plaster walls, primarily in the attic. When I visited Blenheim House, the graffiti was what I remembered the most. The more creative soldiers left drawings and etchings. 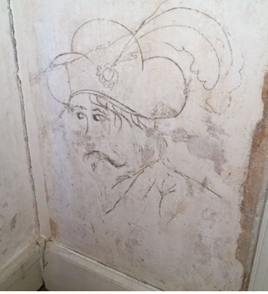 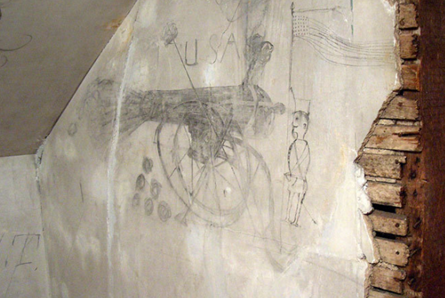 The most common graffiti consisted of soldiers’ names, dates, regiments, and companies - a Civil War version of “Kilroy Was Here” from World War II. To date, over 122 unique signatures have been identified on these walls.

Some of these signatures were from a regiment well known in northwest Pennsylvania -  the 83rd Pennsylvania Volunteer Regiment! This regiment was composed of men primarily from the City of Erie, Erie County, Crawford County, and Forest County.

Fifteen men from the 83rd PA visited Blenheim House in March of 1862, 160 years ago this month, and contributed to the graffiti on the wall. Given that the earliest known signatures date to March 1862, These men from the 83rd were some of the first soldiers to sign their names to the house’s walls (Source: Historic Blenheim Interpretive Center).