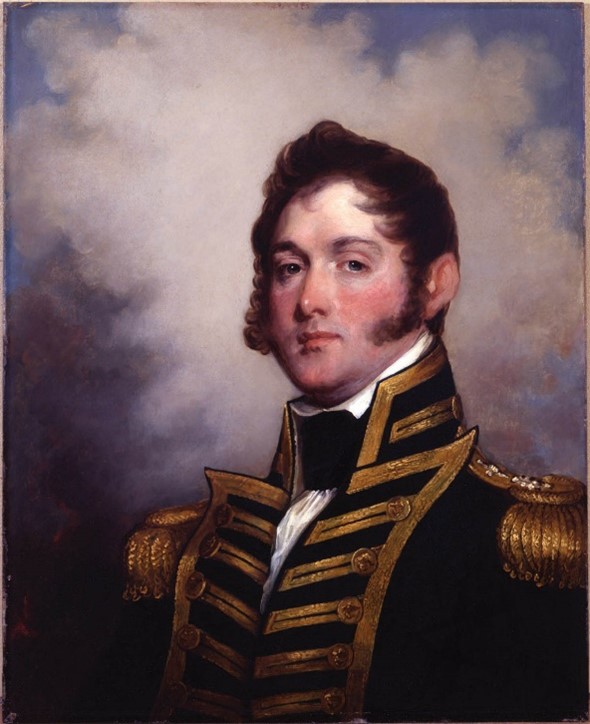 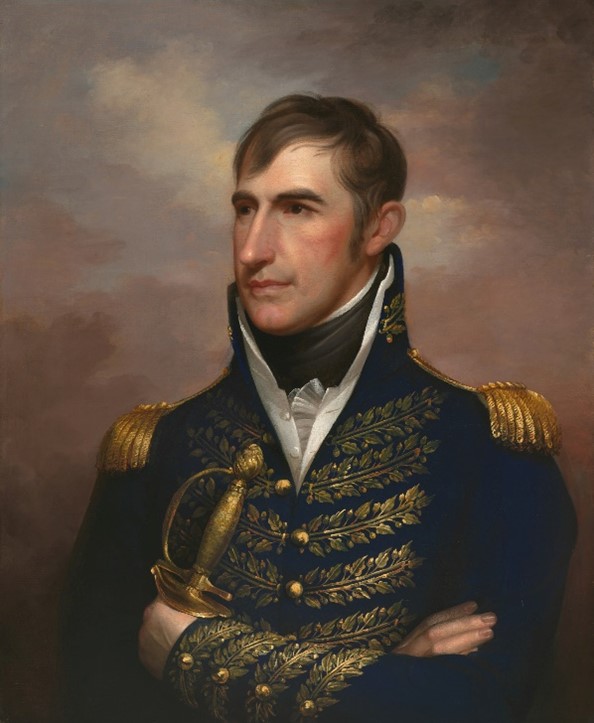 The defeat of the British put their land forces under Gen. Henry Proctor in peril. Based around Detroit and Amherstburg, Upper Canada (Ontario), Proctor knew that American control of the lake meant Perry’s ships could land Gen. William Henry Harrison’s army anywhere. Short on men and supplies, Proctor decided to abandon Detroit and march east to meet Harrison along the banks of the Thames River valley-drawing Harrison to ground of his choosing, all the while stretching his supply lines longer and longer. 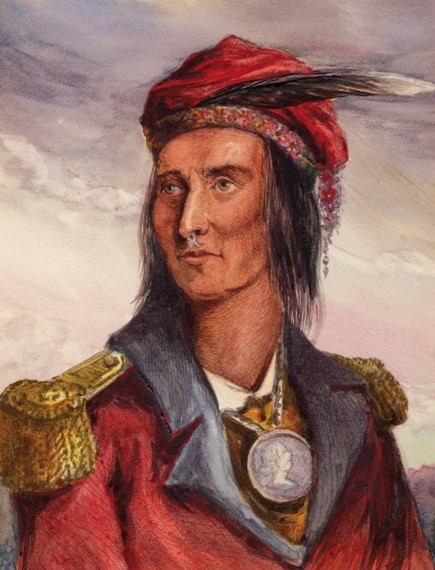 Proctor’s native allies, a confederacy of tribes lead by the charismatic Tecumseh and his brother known as The Prophet, had managed to hold the confederacy together, but without a battle. The Native American tribesmen were becoming disillusioned and wanted to fight. They would go along on Proctor’s retreat but were not happy.

As proctor retreats, his army of roughly 1,400 which included Tecumseh’s warriors, was pursued by Harrison’s 3,700-man force. Proctor put his men on half rations, and they too became disgruntled. Harrison also had a problem. The enlistments of many in his army were running out. His supply lines are getting longer and farther away from the Lake Erie and Perry’s squadron. Perry had joined Harrison with an unknown number of sailors to act as gunners. Perry was also acting as an aide to Harrison.

On Tuesday, October 5, 1813, Harrison’s army caught up with Proctor and Tecumseh on the ground the British had marched to-the valley of the River Thames. Proctor had only one cannon. He placed it in the road, hoping its fire would force the Americans into the woods and marshy ground on either side where Tecumseh’s warriors, of Proctor’s right flank were concealed in woods to the rear of the British line. Harrison scanned the field, using Perry’s telescope. He ordered an attack. The British had not entrenched, and no protection was built for that cannon. A unit of Kentucky mounted riflemen charged through a swamp in the center of the field and emerged on the other side and hit the British right and continued on into Tecumseh’s men in the woods. Tecumseh was killed. Colonel Richard Johnson of Kentucky, the future 9th Vice-President of the United States, claimed he had killed the Shawnee leader. Another soldier also claimed to have fired the fateful shot. The Native confederacy fell apart soon after. 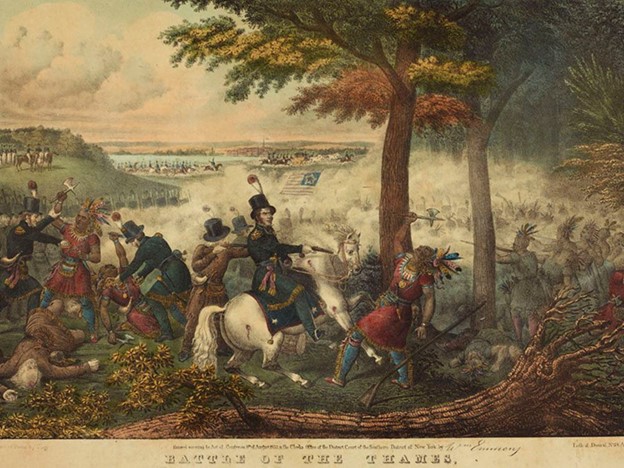 Battle of The Thames

Proctor ordered a retreat. Many of his men simply surrendered. Harrison had won a victory that matches Perry’s. His army marched back to Detroit and Harrison laid waste to the land along the march. Crops were destroyed; barns and homes burned down; bridges and grist mills destroyed to deprive shelter and supplies to the British in the winter to come.

Perry’s telescope is on exhibit at the Hagen History Center in Erie, Pennsylvania. After the war, Perry had it engraved and gave it to Harrison. Perry died of yellow fever off South America in 1819. Harrison was elected President of the United States in 1840, only to die of enteric fever caused by contaminated water, not pneumonia as is commonly written. 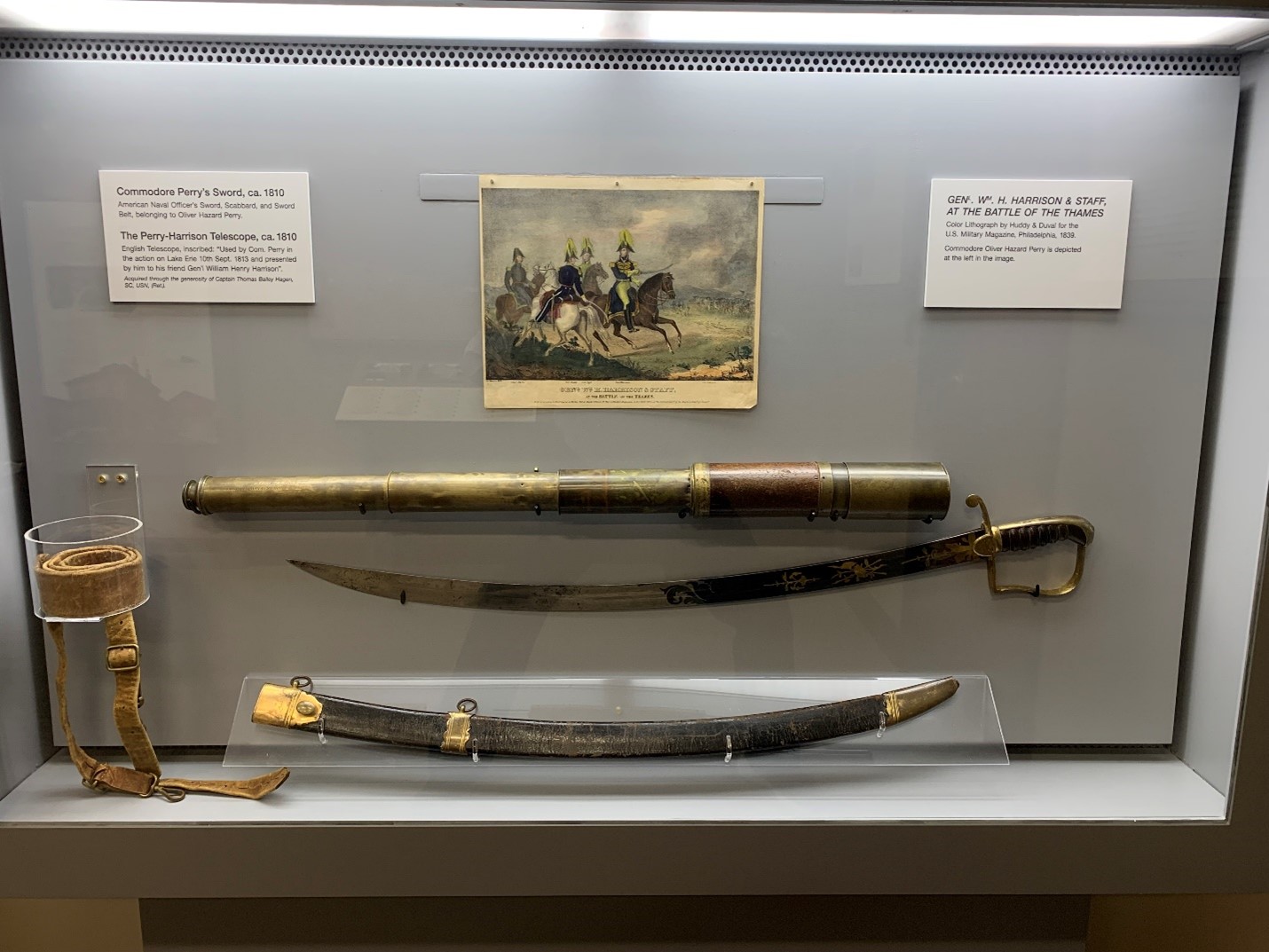